More People Are Recycling in Brick, And It’s Paying Off 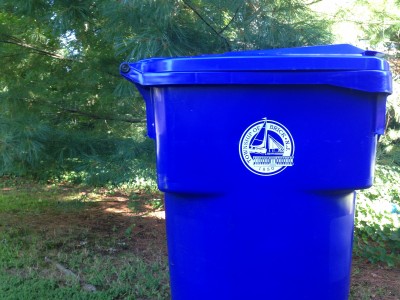 Since the township switched to automated recycling pickup in 2013, participation is up, and benefiting the township financially despite a cut by the county to its recycling revenue sharing program.

“We’re at about 47 percent now,” said Councilman Jim Fozman, who has been actively working on programs that will promote recycling in town over the next year.

Before automated recycling began in Brick, residential participation was in the low 30 percent range, former Business Administrator Scott Pezarras said in 2012. In all, tipping fees the township had to pay to dispose of waste dropped by 12.21 in the period between January and June 2014 compared to the previous year.


Also between January and June this year, the township generated $48,129 from electronics and metal pickup at the township’s recycling center on Ridge Road as well as curbside pickups. Of that, $41,878 was generated from the metal portion, Fozman said. The township generated an additional $80,583 from the Ocean County’s recycling revenue sharing program in 2013, though it would have generated significantly more money had the county’s price not dropped from 17 cents per ton to 7 cents per ton.

The county has since bumped up the rate to 12 cents, he said.

The primary financial benefit from recycling for the township comes in the form of what taxpayers don’t have to pay in terms of tipping fees at the county landfill. Recycling saved taxpayers $135,960 in tipping fees so far this year, including the aforementioned 12.21 percent fee reduction due to increased participation following the launch of the automated program.

Residents can help the cause first by participating, but also watching what they throw in recycling cans, said Fozman.

“Plastic bags are the enemy,” Fozman said. If too many plastic bags or other unwanted materials are included in a load being taken to the recycling center, Public Works employees must take the entire load back to the yard and clean it up, then bring it back.

In addition to the plastic bags, butter and margarine tops, yogurt containers, fast food and restaurant containers, bottle caps and jar lids should not be recycled. Neither should cereal boxes or tissue boxes. Corrugated cardboard is fine to recycle, though.

Fozman said he’s helped organize a township effort to hold presentations in schools this year to promote recycling among fifth graders, while the Brick Township Municipal Utilities Authority will host assemblies about how recycling and other efforts can help keep local waterways clean. The township is also going to step up its recycling outreach to business owners this year to help spur recycling in the business community, Fozman said.