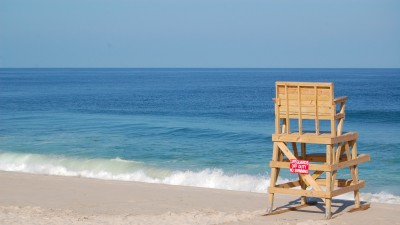 New Jersey Gov. Chris Christie has vetoed a law that would ban smoking on public beaches in the Garden State.

The governor, in what is known as a veto message, said he passed on signing the law because he believes it should be up to local officials to enact smoking bans rather than the state government.

“While I appreciate the sponsors’ concerns regarding the health risks posed by smoking and secondhand smoke, I am not persuaded that a prescriptive, one-size-fits-all state ban on smoking at public parks and beaches is advisable at this time,” he wrote.

The law, which would have amended the state’s Smoke Free Air Act to ban smoking on beaches and in parks statewide, passed overwhelmingly in the state legislature, with a 30-3 vote in the Senate and 63-8 in the Assembly.

While many municipalities – including the popular resort communities of Belmar and Seaside Heights – have taken the step of banning smoking on beaches over the course of the past decade, there have been some notable holdouts, including Surf City on Long Beach Island.

Jeff Tittel, the executive director of the Sierra Club’s New Jersey chapter, said he believes Christie vetoed the bill due to his presidential ambitions.

Tittel came out against the version of the bill that was sent to the governor’s office because it allowed 15 percent of beaches to be designated to allow smoking. Environmentalists have long opposed beach smoking due to the fact that cigarette butts are almost always one of the top items recovered in beach pollution cleanups.