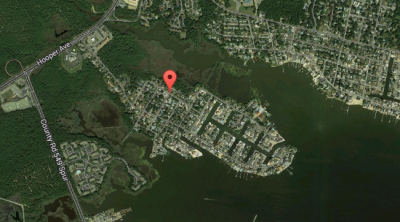 Toms River police arrested a man from the township’s Silverton section this week following a yearlong investigation into reports of explosions in the area.

The department began receiving reports in Aug. 2013 from the Silverton section, near the township’s border with Brick, of residents hearing sporadic loud explosions in the late evening and early morning hours, Stocco said. In December of last year, he said, a resident reportedly saw a an exhaust or burn trail in the sky. Through Sept. 7 of this year, eight more reports of explosions in the area were reported to police.


The Sept. 7 incident would prove to be the one that would lead police to their suspect. Officer Michael Browne observed a bright white flash of light in the sky along with a loud explosion, Stocco said, which led him to develop information that the blast emanated from a residence on Pine Brook Road.  On Tuesday, Superior Court Judge Francis Hodgson issued a search warrant for Dracikiewicz’s resident, which was executed at 2 p.m. that day.

The investigators located a 15-foot by 15-foot work shed in the rear of the property that was set up as a machine shop and contained several computerized metal fabrication machines, Stocco said. The officers also located various chemicals which have the ability to be used to produce explosive devices, along with various sized tubing of metal, fiberglass, PVC, steel, and cardboard that were intended to be filled with the explosive materials and detonated.

Five improvised explosive devices were recovered and additional evidence was recovered at the scene indicative of previous detonations, Stocco said.

Dracikiewiczwas formally charged with possession of a destructive device and unlawful possession of a weapon. He was ultimately released from custody pending a future court date.

“Mr. Dracikiewicz appeared to be constructing and deploying these devices as more of a hobby, and no specific target or threat has been identified at this time,” Stocco said. “The investigation is ongoing and will continue as additional leads are developed.”