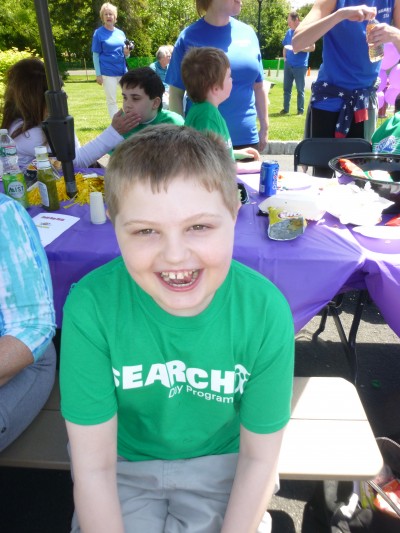 For years I have worried about his future living arrangements. The current waiting list for residential services in my home state of New Jersey is lengthy. Where he will one day reside is something I perseverate over; I have even begun to research options in other states, and found the landscape of choices for autistic adults to be extremely limited.

Still, I refuse to give up hope. Because while I adore my son, his father and I literally can’t live with him forever. And as I watch my boy’s increasing desire for independence grow daily, I’d like to see his needs realized in a residence apart (but close) from ours.


And with Autism Speaks’ new housing initiative, I just may see our collective dream realized.

Autism Speaks has recently launched a plan to focus on adult services in several states, namely Florida, Illinois, and my personal favorite, New Jersey. These three states were selected in large part due to their respective grass roots advocacy, their budgets, and unfortunately, their long waiting lists for residential services for adults. Through Autism Speaks I found out that the focus on the adult housing component of this initiative is comprised of three parts- namely finding the funding, acquiring the right physical structure itself, and of course hiring quality service providers to care for the autistic adults themselves.

All of these goals are difficult to achieve. But I am convinced Autism Speaks is up to the challenge.

Although our family is at least a decade away from seeing Justin potentially reside apart from us, there are steps Autism Speaks recommends we and families in our situation take now to help build a positive future for our children. First is access the Autism Speaks Transition Tool Kit, a document which outlines the steps necessary to plan for an autistic child’s future after school ends. As the time for independent living draws near Autism Speaks also recommends families become familiar with service providers in their respective areas, and encourages families to ask tough questions such as what plans have providers put in place to make sure they stay in business for the long-term.

From speaking with parents who are already at this juncture in their lives I’ve been told that the families most successful in securing residential services for their child created a team. The team should consist of the parents, potentially the child’s school, and the autism agency (like the ARC or Easter Seals) providing current services for the child. Parents have recommended to me that it is helpful to become familiar with local legislators, and it is a good idea to establish a relationship with the people in local government who make the big decisions. And last, it’s been suggested to me that parents should contact other parents who have been successful in finding safe housing for their children.

As with so much in our community, parents are always one of our most valuable resources.

There is a lot of hard work for Autism Speaks ahead, but hopefully through their initiative they will be able to give families some real and positive choices. One of their goals is to chip away at the waiting lists in the above-mentioned states, an endeavor in which I am especially interested. My son is almost twelve, will be graduating in nine short years. The current waiting list for residential services in New Jersey is about a decade, which means his father and I will be pushing sixty when he graduates from high school. I’d like to see him well-settled as he emerges into adulthood, see his life continue to unfurl as one that is happy, productive, and safe.

And I believe with a lot of planning and support from Autism Speaks we can make this dream come true.