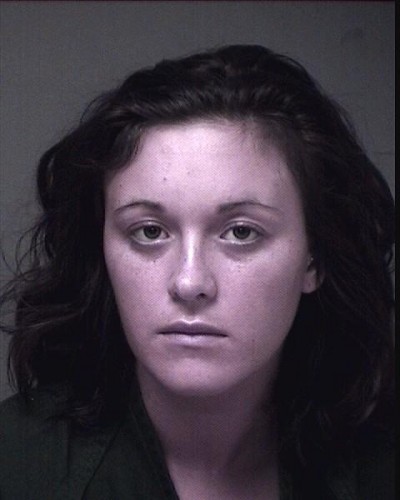 A Brick Township woman was one of four people charged with drug offenses following the execution of a search warrant at a home in Manchester, authorities said.

Danielle Vicente, 22, of Brick, was charged alongside three other local residents following the 10:16 p.m. raid Wednesday night. The raid, conducted by the the Manchester Township Police Department’s Narcotics Enforcement Team and Investigations Bureau along with the Ocean County Regional SWAT Team, was the culmination of a month-long investigation, according to Manchester Police Capt. Todd Malland.

The four week-long investigation began after the department’s Narcotics Enforcement Team received complaints about possible heroin distribution from a home on Eleventh Avenue, Malland said.  The investigation that followed led to police obtaining a search warrant for the suspect residence.


During the search, a quantity of heroin, Xanax, hypodermic needles and associated paraphernalia were seized, Malland said.

Bail for Pyne was set at $20,000.  Additionally, Pyne had an outstanding arrest warrant, for non-payment of child support, issued out of the Ocean County Superior Court.

Also assisting with this investigation were the Ocean County Sheriff’s Office K-9 unit, the Lakewood Police Department and the Patrol Bureau of the Manchester Township Police Department, Malland said.