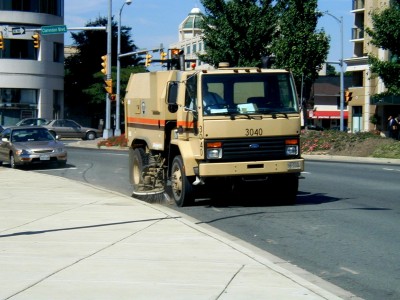 Haven’t seen a street sweeper on your block in a while? It’s one of the most frequent requests Mayor John Ducey says he receives from residents.

“A lot of people request it,” Ducey said, announcing that the township would add another street sweeper to its fleet in order to be able to respond to more requests from residents.

The township council authorized the solicitation of bids for the street sweeper at its Aug. 11 meeting.


“A lot of big cities have full time guys doing that,” said Ducey. “We don’t have that in Brick and we’re not going to be doing that, but we do have a utility crew whose job it is to go out and clean the streets.”

Residents whose streets are in need of sweeping are able to request a street sweeper come down their block by filling out an E-Service request form online.

“If you see a need in your neighborhood, please let us know,” Ducey said.

“We’re short a few trucks and we still have a lot of old vehicles,” said Councilman Jim Fozman.

The new garbage trucks, as well as the street sweeper, will be funded through the township’s 2015 capital budget.