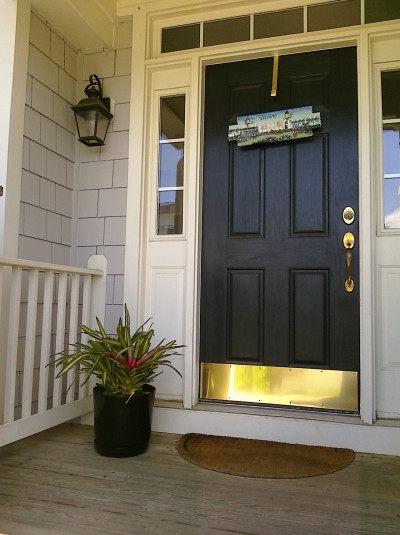 In recent weeks, Toms River and Jackson have passed “no knock” ordinances, largely in response to cries from residents who have complained that members of Lakewood’s growing Orthodox Jewish community have been going door-to-door urging residents to sell their homes.

In one case relayed by the Asbury Park Press, a Jackson resident told the newspaper that an Orthodox man came to her door and said, “You really should sell your house. I’m sure you don’t want to be surrounded by Jews.”

Similar anecdotes have emerged from Toms River residents, prompting that town to enact its own “no knock” ordinance. In both the Jackson and Toms River ordinances, commercial enterprises that wish to solicit door-to-door must register with the township, limit soliciting to certain daytime hours and avoid homes on a “no knock” list. Violations of the ordinance in the two towns both include fines and even potential jail time.


In Brick, where there has been no outcry over Orthodox solicitation practices at any public meetings, a no-knock ordinance has been in place for years. The first ordinance governing soliciting dates back to 1970, with the latest revision having been adopted in 2014.

Brick, like Jackson and Toms River recently created, maintains a no-knock list. The list, which is updated every Jan. 15 and July 15, is distributed to solicitors with their licenses. Residents can sign up for the list online, and if they wish, can visit the township clerk’s office at the municipal complex to receive a “no knock” decal to place on their front window or door for $1.

Solicitors are barred by ordinance from violating the “no knock” list provision, with penalties in Brick ranging from a solicitation license revocation for one year, to a permanent ban on license reinstatement, to fines and jail time. The penalties are covered under Brick’s General Penalty ordinance, which gives the township’s municipal court judge the power to impose a fine of not more than $2,000 and a jail term of up to 90 days – the same potential fines and jail term the Jackson and Toms River ordinances carry.

While the “no knock” registry has been in place in Brick for years, the township has taken steps more recently to restrict real estate development in light of Lakewood’s rapidly-expanding population and what some see as its encroachment on neighboring communities. In 2014, the township council adopted revisions to its zoning code that removed schools as a permitted use of property in residential neighborhoods and made it a conditional use.

The conditions under the ordinance effectively prohibit schools from being constructed in any residential neighborhood, since the revised ordinance requires they be built on a lot at least two acres in area with at least 200 feet of lot frontage. The ordinance also prohibits the principal building of any such school to be constructed within 40 feet of a public street or neighboring property. Additionally, schools would not be able to cover more than 30 percent of any lot, even if the other criteria were somehow able to be met.

Schools would also need ample space for a parking lot and the main access point of any school is prohibited from being located on a “lower order street” – which covers virtually all of the township’s residential neighborhoods.

Last year, the Jackson Township Zoning Board of Adjustment denied an application for an Orthodox all-girls high school to open up in a residential neighborhood. The school would have educated 400 students.