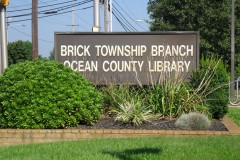 Have some outstanding library fines? You’ll be able to knock $20 off your debt by donating to the FoodBank of Monmouth and Ocean Counties starting Sept. 1.

The county-wide library system is reviving its “Food for Fines” initiative, which it previously held in 2012. Under the program, library patrons can pay off up to $20 of outstanding fines on each library card. For each can or package of non-perishable food that is donated, the library will deduct 50 cents from a person’s fine.

All food collected will be donated to the FoodBank’s network of more than 300 charity programs, including pantries, soup kitchens and other agencies. The campaign is a partnership with the library and the Ocean County Health Department to benefit the FoodBank.

Quinn said that in 2012, the library collected more than 2.5 tons of food in one week from donations made at each of its locations. That food was also donated to the FoodBank of Monmouth and Ocean Counties’ network. Customers who don’t have fines can be part of the program by making donations of non-perishable food items to any of the Ocean County Library’s 21 locations.

Food for Fine program credits will go toward overdue items only and cannot be applied towards collection replacement fees. The library cannot accept personal items such as soap or toothpaste, officials said. The program will run from Sept. 1 thru Sept. 30.

The library cannot accept monetary donations as part of the campaign, but people can mail them to the FoodBank of Monmouth and Ocean Counties, 3300 Route 66, Neptune, NJ 07753.