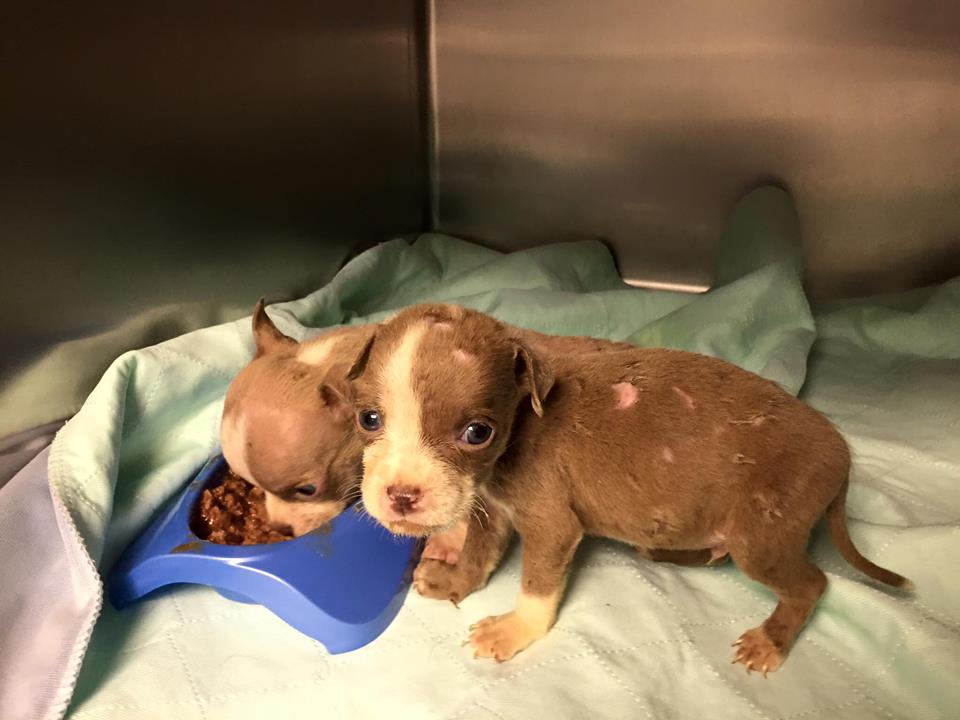 Two pit bull puppies removed from a home on South Lake Drive in Brick after police raided it and arrested its resident on charges of heroin distribution may be put up for adoption.

The township’s animal control contractor, A-Academy Animal Control, released a photo of the puppies Saturday and said they were being housed at the Ocean County animal shelter in Jackson and shelter officials would ultimately determine whether the puppies should be transferred to a rescue organization or put up for adoption.

The two puppies removed from the home were among 12 pit bulls found in the home at 360 South Lake Drive on Wednesday when police executed a search warrant. The search of the home, police said Friday, turned up 170 bags of heroin and $726 in cash. The resident of the home, 33-year-old John Carter, had been a target of a month-long investigation by the Brick police department’s Drug Enforcement Unit.


The puppies were found separated and sitting on a couch in the home, A-Academy officials said. They were surrendered by their owner after animal control officers felt they needed medical attention. Two adult dogs found in the home were allowed to remain there, but the additional puppies apparently had new owners waiting for them, and they were turned over to the prospective owners. Animal control officers are planning followup visits with the new owners, the company said.

There was no evidence of dog fighting found in the home, A-Academy said, and the two puppies that were removed were taken because they were smaller and had marks on them.

“The rest of the puppies appeared to be health and we will be following up,” the company said.