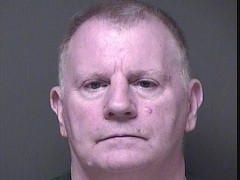 Based on the reported information, Hill and Matthews located Cortese at an address in Point Pleasant Borough he was visiting, Della Fave said.


Cortese is charged with aggravated sexual assault and endangering the welfare of a child. He was immediately taken into custody by the investigating detectives. Bail was set by the Superior Court Judge Joseph L. Foster at $150,000 cash.