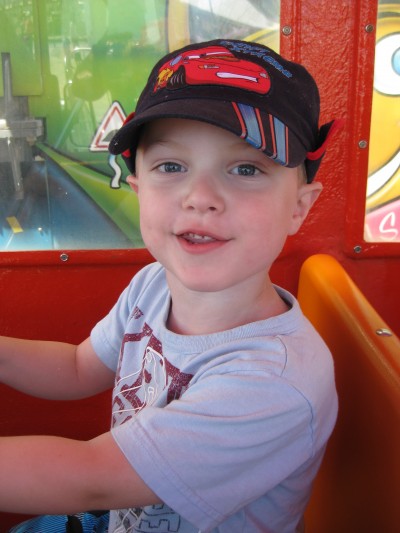 “Mommy, will you pray for me that my kids aren’t sassy and they don’t have autism?” my youngest son queries me as I struggle not to choke on my lemonade. I am torn between laughing at the “sassy” and taking the second half of the question very seriously, as seriously as I did the night he asked me for the first time if he had autism like his big brother.

You know, the night my husband was conveniently not home.

I decide to tackle the question in two parts, and when I inquire as to why sassy is banned I am informed that sometimes he is sassy (truth) and it’s hard for his mommy to deal with it, so he wants quiet kids.


Frankly, unless there’s some sort of genetic miracle in the next generation, I think he’s out of luck with that one.

I gently explain to him that a lot will depend on who his children’s mother is, and he appears to contemplate that one, responding that his wife will not be sassy and that will help. He turns back to his library book but I gently put my hand over his and stop him from resuming his read, and ask him why he doesn’t want his kids to have autism. He looks at me and says “because Justin can’t talk and will never live by himself and that’s hard.”

Out of the mouths of babes.

My husband and I have been very honest in our numerous conversations with Zach about the differences in his autism versus his brother’s. He has asked me if he will stop speaking one day (trust me, and I am grateful for this, it is an impossibility.) He has questioned us as to whether or not he will get married or will have to live with us forever (I must admit, the latter being a prospect he did not seem to find too appealing even at the tender age of seven,) and we have assured him that we believe he will live independently of us one day, and are confident he will find someone to love him.

It was a joy to speak both parts of that sentence, believe me.

I pull out a chair and sit down so we are eye level, and wait until I have his attention. I explain to him that I can’t pray for them not to have autism, because he and his brother have it, and I believe it has indelibly made them who they are, and I could never wish for different children. He starts to argue with me, so then

I pull him close, and for once my now self-proclaimed “big boy” doesn’t resist my embrace. He settles into our familiar curve, and I tell him what I will pray for, what I will ask the universe for his children should he grace the world with them some day.

I will ask that they be kind.

I will ask that they’ll love their grandmother even if she’s ancient.

I will ask that they see the value in all individuals.

I will ask that they see the inherent strengths in disability, and not just be swept up by the struggles.

I will ask that they’ll be smart (telling truth here, it just makes life easier.)

I will ask for healthy.

I will ask that they will always be safe.

I will ask for them to have the ability to live and love in the moment, and not always dwell on what’s to come.

I will ask for them to have a sense of humor. It’s gotten their grandma through a lot.

I will ask for them to always help others who need it, and to never be afraid to ask for help themselves.

I will ask that they have the same life choices that Zach will have. I will always wish for that for both my children, and theirs.

And while I won’t preclude sassy, I’ll ask that they love and respect their father (and give him a hard time once in a while too, it’s good for the soul.)

He seems satisfied with my litany of wants and sidles off my lap and onto his chair, paying attention to his now neglected breakfast. Within seconds he’s back onto a Minecraft discussion, and the moment has passed, much as my “you have autism” revelation was followed with a request for more pretzels. I feel somehow we’ve forged another bond he and I, am confident (for once) I imparted what he needed, while remaining true to how I feel as well.

And as I ask him to eat more quickly and “sassy” rears it’s all-too-familiar head, we move on to just another day.