One of Brick’s ‘Most Dedicated’ Employees Receives Prestigious Award 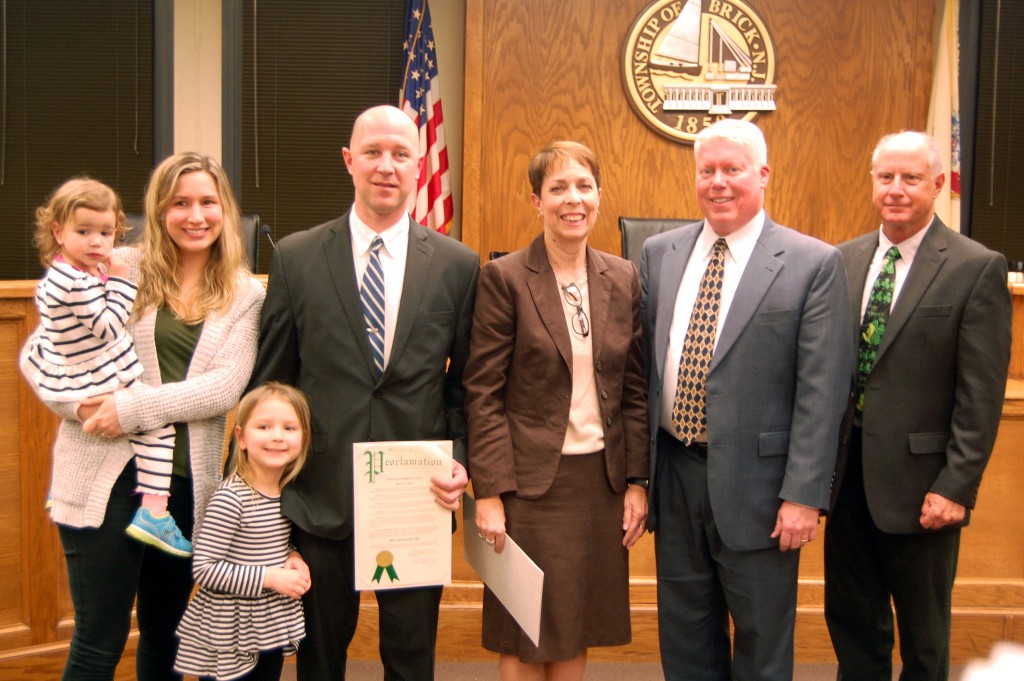 Just a year into his job as director of the township’s Parks and Recreation Division, Daniel Santaniello draw wide praise, not only for greatly expanding the township’s recreational offerings, but diligently overseeing three ocean beaches and their lifeguards, all of the township’s parks and Traders Cove Marina.

“He rarely takes a day off, and his dedication to our township and community is evident to everyone who knows him,” said Mayor John Ducey.

Santaniello, for all of his efforts and his frequent acts going above and beyond for his town, was awarded Professional of the Year by the New Jersey Recreation and Parks Association. He received the award last week. Santaniello took over the division in 2014 and the award was based on his work during 2015.


“He was just named in 2014, and then for 2015 he’s named professional of the year,” said Ducey, recognizing Santaniello’s work in helping with the redesign of several township parks currently in the works, as well as helping to coordinate snow removal during winter storms.

“All I knew was how much I didn’t know about recreation,” Zapcic said. “Particularly under Danny’s guidance, I was taught with patience, kindness, and above all else, dignity, how to do my job.”