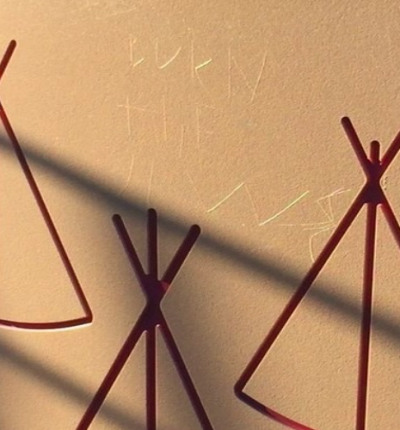 Toms River police have identified the location of an anti-Semitic statement carved into playground equipment after photos began circulating online.

Police became aware of the carving, which read, “Burn the Jews,” inscribed into the equipment after a photograph appeared online and came to the attention of the Lakewood Civilian Patrol, a volunteer group in that town.

“Within an hour, the location was determined to be at the Riverwood Rodeo playground equipment at Riverwood Park,” said police spokesman Ralph Stocco. “This anti-Semitic statement, as well as several other foul words was scratched into the equipment.”


The statement included “obvious spelling errors,” Stocco noted. The phrase has been removed from the equipment from the township’s Buildings and Grounds Department.

“An investigation was opened and we are trying to determine if this graffiti was done by ignorant teenagers or was of a more direct and sinister nature directed at the Jewish faith,” Stocco said, in a statement. “Either way, if a suspect is identified, they will be charged within the limits of the law. It should be noted that in some instances, when a crime is of a bias nature, it is elevated to a higher level of prosecution and penalties.”

Anyone with information is urged to contact the police department.