Wegmans ‘Tickled’ By Brick Residents’ Calls for Store, But Will One Be Built? 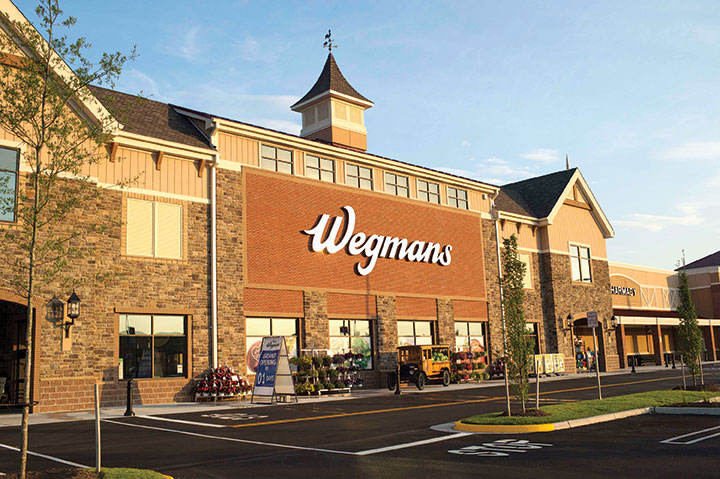 More than two weeks after Brick Mayor John Ducey called on Brick residents to lobby Wegmans Supermarkets to open a store in the township, the company has taken notice.

“Our social media has been going crazy,” a Wegmans spokeswoman told Brick Shorebeat this week, saying the supermarket chain is “tickled” by the desire of what amounts to an entire town’s worth of people longing for a store. A search of social media sites Twitter and Facebook show hundreds of posts hashtagged #BrickTownshipWantsAWegmans, with many sharing Shorebeat’s original article on the topic.

The question, of course, is whether the effort will pay off.


Jo Natale, vice president of media relations for Wegmans, did not rule out the potential for a store to open in Brick area, but said it would not be for at least several years. Wegmans pre-plans their store locations several years in advance and already has three to four years’ worth of openings in the works. She said she has spoken to Ducey about and explained the process the company uses to determine where stores should be located.

“We examine, in a very careful and methodical way, where our stores will be located,” Natale said, adding that the primary factors that go into such a decision include the population density of the city where the store will be located, as well as that of surrounding communities.

“People often drive a long way to get to a Wegmans,” Natale said. The nearest location to Brick is in Ocean Township, Monmouth County, which is between 15 and 19 miles away, depending where in Brick one lives.

Hey @Wegmans #bricktownshipwantsawegmans the closest one is 17mi!! I need Wegmans!!

Population density is also a major component of the decision because it enables the chain to get a better picture of the breadth of employees that would be available to work and manage a store.

@Wegmans It would be a great idea to have a store in Brick, NJ. I'd love to work for Wegmans. #BrickTownshipWantsAWegmans

The second-most important factor is space, said Natale. Depending on the size of the planned store, several acres are needed to accommodate the store itself and the required parking area. Most stores are 75,000 to 140,000 square feet in size and carry between 50,000 to 70,000 products in its largest stores, compared with an industry average of 40,000 products.

“With rare exception, we build from the ground up,” said Natale, rather than retrofitting an existing store space.

Wegmans is planning to open two stores in North Jersey this year, as well as locations in Maryland, Virginia and New York.