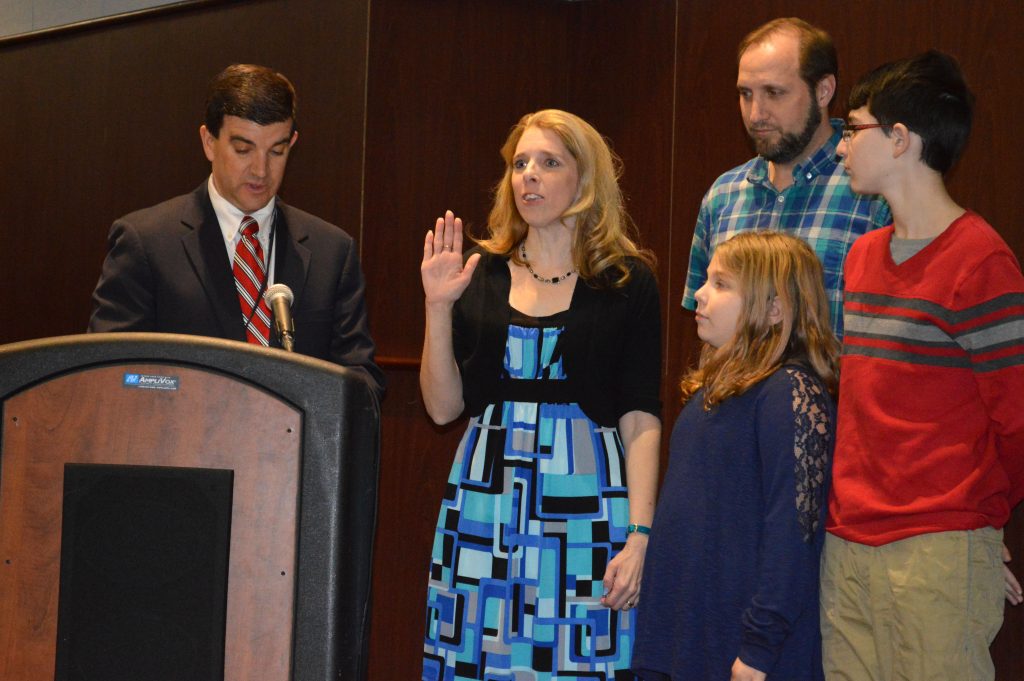 Daisy Haffner is sworn into office as a Brick school board member, Jan. 5, 2017. (Photo: Daniel Nee)

The Brick Township Board of Education on Thursday swore in two new members and voted on a meeting schedule that breaks from the previous tradition of holding meetings toward the end of each month.

Board President John Lamela said the change was made because of attendance issues in 2016, including one meeting that had to be canceled because there was not a quorum of board members present. But some raised concerns that the new schedule would mean district financial reports produced by Business Administrator James Edwards would appear on agendas later than ever before – sometimes just short of two months.

“Mr. Edwards had suggested the last Thursday of the month so he has time to get together all the financials,” said board member Sharon Cantillo, who previously served as board president. “I don’t understand how that’s going to work if he doesn’t have all the time to get that in.”


Edwards said that financial reports would, indeed, be delayed. The Dec. 2016 report, for example, would not be completed by Jan. 12 and would be pushed back to the Feb. 9 meeting, with the other months of the year going along the same schedule. The law requires districts to accept the reports within 45 days of the end of a particular month.

Lamela, who was re-elected board president Thursday, did not comment on the change except to say it was made “based on the attendance and some of the issues we had this year.”

Some residents feared the change could lead to a transparency issue, given the length of time in between when the district expends funds and when the activity will appear on a public agenda.

The board also swore in two new members – Melita Gagliardi and Daisy Haffner – on Thursday. 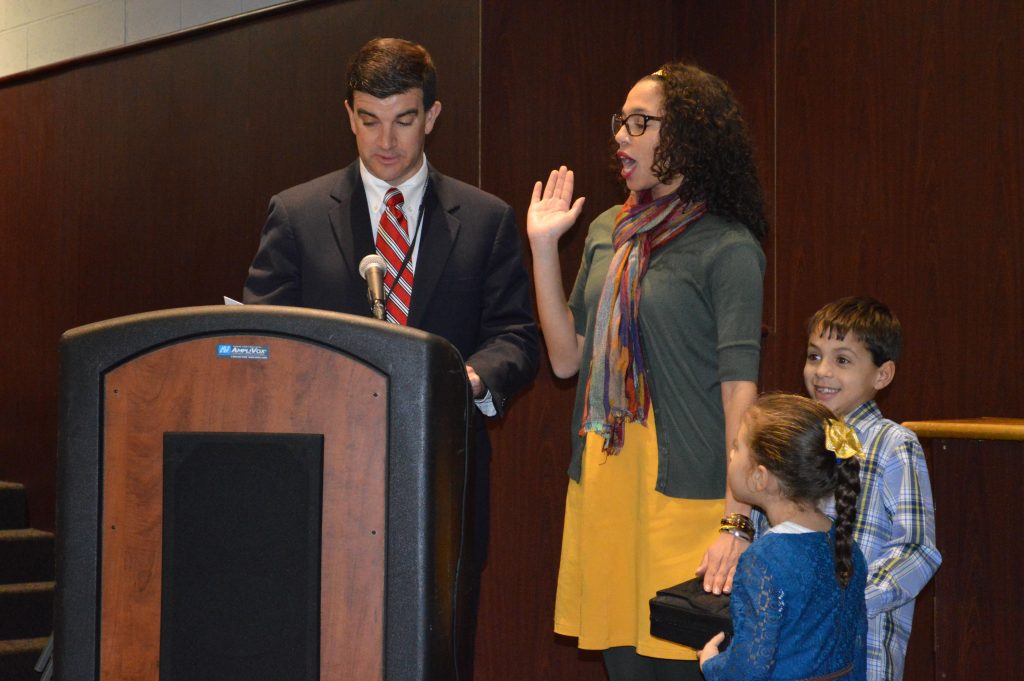 Melita Gagliardi is sworn into office as a Brick school board member, Jan. 5, 2017. (Photo: Daniel Nee)

“I do look forward to this new adventure with everybody,” Haffner said.

The full meeting schedule for 2017 can be found here.