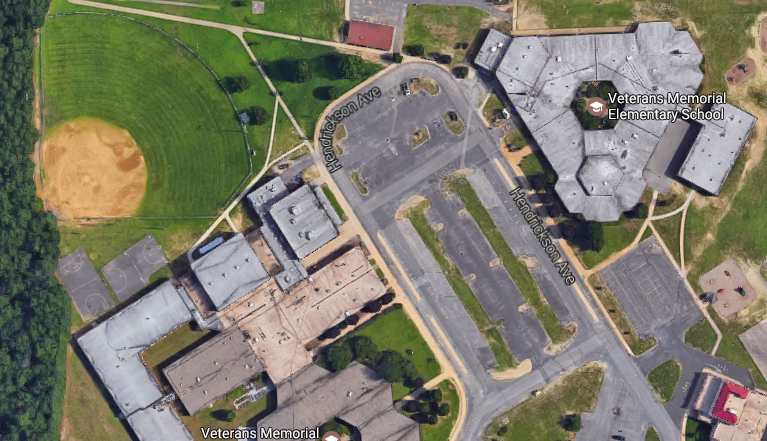 The first step, school officials said at a meeting Thursday night, will be tackling safety issues in the bulk of the facility – the wide open area in between the two schools – which includes the spaces where buses drop off and pick up children.

The parking lot is indisputably in need of repair. Potholes can be found throughout the area, ponding occurs during rainstorms and traffic flow is confusing to motorists. The lot is also nearly 40 years old. Taking those facts into consideration, the Board of Education voted in favor of paying a consulting firm $81,076 to draw up plans for the project, which is estimated to cost $936,000 to complete.


The board awarded the design work to CHA Consulting in a “no-bid” contract that drew criticism from some members of the public, including resident Vic Fanelli.

“How do you know you’re getting the best deal?” he asked.

Business Administrator James Edwards said the construction work would be awarded through an open bidding process, but the board decided to use CHA’s design services without doing so.

“You don’t necessarily award to the lowest cost, you award to who you think is going to do the best job,” said Edwards, explaining that the board had trust in the firm, which was appointed the district’s engineering firm of record last year.

The project itself will consist of not only milling and paving the parking lot, but removing two large islands that dictate traffic flow and grading the site to eliminate the stormwater management issues. Concrete barriers school buses park behind will also be removed, and new lighting will be installed to reflect to reconfiguration that will be part of the project. The position of the buses has raised safety concerns, officials said, with Interim Superintendent Thomas Gialanella calling the morning the beginning and end of school days “organized chaos” at the site.

“One of the things that has changed is society,” said Board President John Lamela. “Back in the day, a school bus picked up 48 kids, drove 48 kids to school and it was relatively safe. As times have changed, parents have felt it more appropriate to drive kids to school. That increased traffic is the concern, and that safety concern is what I’m worried about.”

The section of the parking lot which the board voted to reconstruct is the largest of several portions. Outlying parcels that are not part of the project include teacher parking areas at the two schools as well as a parking area near the administration building. Those portions will be considered in the future when and if budgetary considerations allow.

“A lot will depend on the budget and what we can or can’t do,” said Gialanella. “The first priority is where students get dropped off. It takes the lion’s share of the problem out of the way.”

Officials said if the project is funded this year, work would be completed this summer.