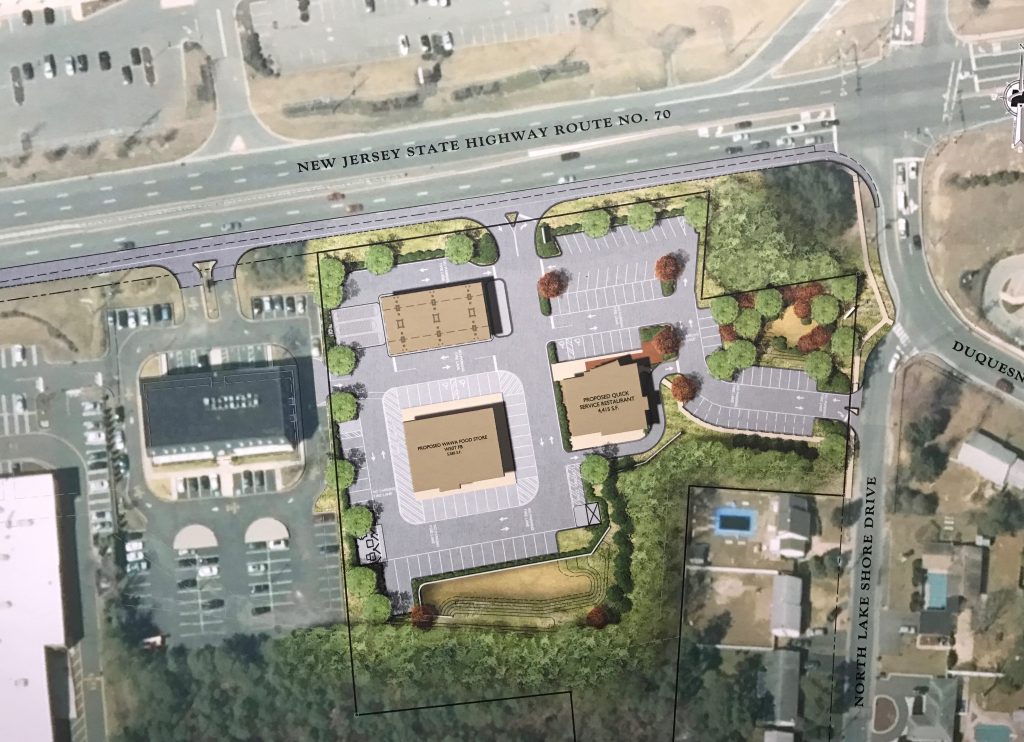 Nearly four hours of sparring between attorneys representing a real estate developer, the township’s Board of Adjustment and the owner of a vacant property off Lake Shore Drive delayed public comment Wednesday night on a proposed Wawa convenience store, gas station and adjacent quick-service restaurant near the corner of Route 70 and Duquesne Boulevard.

Vincent Sanzone, a criminal defense attorney from North Jersey, cross-examined an engineer on the project – often pausing to debate objections with John P. Miller, the board’s attorney and John Jackson, the developer’s attorney – before battling to have his sister recognized as an expert witness and testify against the project.

Meanwhile, neighboring residents waited – and waited – to have their say, which finally came after 11 p.m. Three neighbors asked questions and gave comments, and when Board Chairman Harvey Langer saw that more than a dozen more people wanted to speak, adjourned the meeting to March 22, when public comments will resume.


Neighbors have raised concern that traffic, noise and lighting from the complex will disrupt their quality of life. The developers, Paramount Realty and Riviera Realty, require approval by the board because a small portion of the property includes an office and residential zone rather than the standard business zone. All of the physical buildings, however, are located in the business zone.

Sanzone, who has tried unsuccessfully to have Wawa buy his deceased parents’ property which abuts the proposed development, appeared again before the board after drawing several rebukes last month by Miller, who objected to his line of questioning of several witnesses. The objections resumed Wednesday, but the biggest controversy of the night occurred when he called his sister, Diane Sanzone, to the stand to testify as an expert witness.

Diane Sanzone, who holds a doctoral degree in the science field and considers herself an expert in environment issues, admitted she holds no licenses in New Jersey and had never testified as an expert witness in the past, but strongly asserted her education qualified her to speak as an expert. Jackson objected, saying her lack of licensure and her tacit connections to the issues at hand – Diane Sanzone has worked for major oil companies and was part of the cleanup effort after the Deepwater Horizon incident – did not meet the standard to be declared an expert. He also said there was a conflict of interest since she had a financial stake in the outcome of the case. 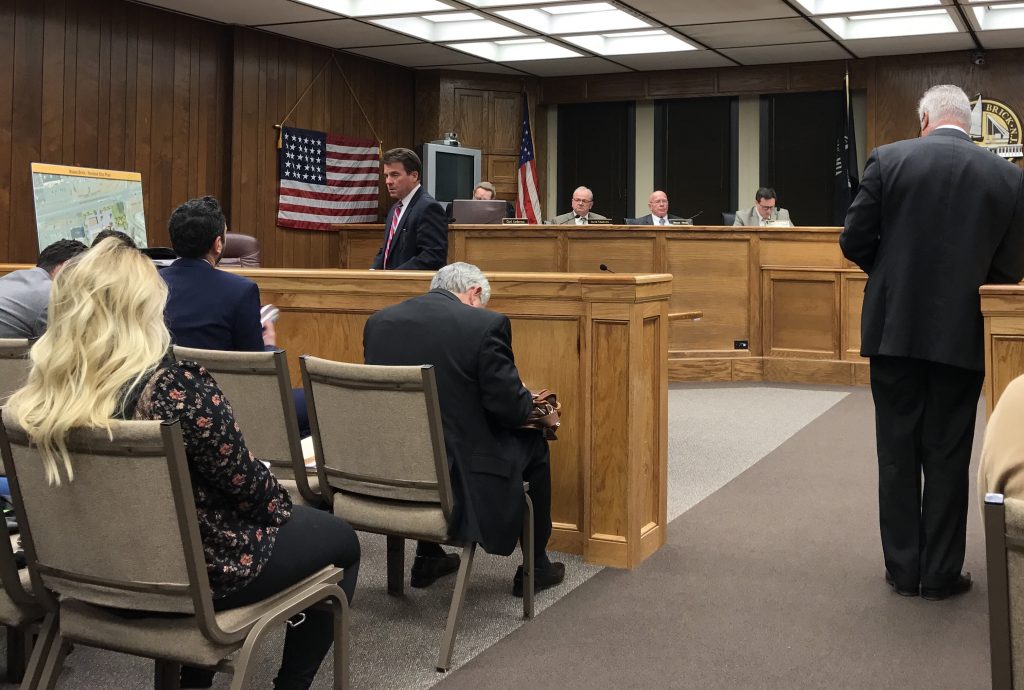 Testimony continued Wednesday in the application for a Wawa on Route 70. (Photo: Daniel Nee)

“This whole exercise has been nothing other than a filibuster attempt,” said Jackson, accusing Sanzone of trying to delay a vote on the matter. “It’s like firing with a machine gun and hoping you hit something.”

Miller limited the scope of what testimony Diane Sanzone could provide as an expert. She provided testimony on hydrocarbon emissions, environmental impact statements and several areas of data modeling.

“You have homes very close to that gas station and you have carbons going into the atmosphere,” she said at one point, under questioning from her brother.

Jackson argued that the local zoning board does not have purview over regulations that are set by the EPA and state Department of Environmental Protection.

Eventually, Diane Sanzone was forced to admit she had not read documents related to the case at hand, claiming she requested the documents under the state’s Open Public Meetings Act. Officials said they had not yet received the request, which was sent through postal mail. Vincent Sanzone, after a drawn-out discussion on whether his sister’s testimony on high-level environmental issues could be relevant to the zoning application of a local gas station, ended his line of questioning.

Sanzone then requested the meeting be adjourned until the OPRA request was filled, which resulted in a denial.

“It was your obligation to have whatever reports, or whatever you needed to present your case today,” said Miller, adding that the documents have been available since November. “Right now this is your day. If you don’t have those documents or you haven’t looked at them, the board won’t wait for you.”

Finally, members of the public began to speak.

Patricia Young, a Lake Shore Drive resident, said she owns one of the only split level homes in the area, which stands 18-feet tall.

“Currently, when I look out my window I have woods,” she said. “If they end up building this, I’m going to see Wawa and Wawa is going to see me.”

Young said she did not oppose development, per se, but wanted to preserve her privacy. Jackson said his client would agree to plant extra trees on Young’s property to further block the view of the Wawa store and any light that it emits.

An engineer on the project said the parking lot lights would be LED-equipped, meaning they would not give off a glare like traditional lights.

“The traffic in this area has been getting overwhelming in certain parts of the day,” he said. “We personally feel this will be a detriment to the neighborhood as it will bring additional traffic. Allowing it to go into the residential area is what my largest objection is right now.”

Public comment will continue at the March 22 meeting, after which the board will finally vote on the project.