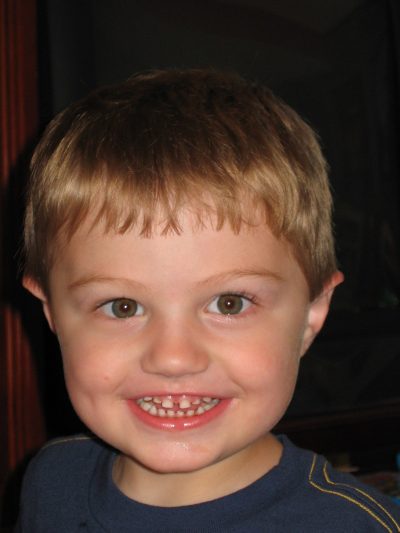 We ran into you today at the boardwalk, former aide to Justin and frankly, one of my favorite paraprofessionals ever (trust me, at fourteen he’s had dozens, it’s truly a compliment). I stopped my boy to let you see how tall (and handsome, I’ll be Facebook braggy) he’s gotten, and you couldn’t believe this was the seven-year-old boy you’d cared for a lifetime ago. We stayed and chatted a minute or two before my son took my hand and started his stealthily strong pull toward the rides, a command with his increased size I knew I must obey. I hugged you, because that’s what I do, and we said our goodbyes as we headed in different directions.

The entire time we spoke, he barely looked at you.

You’ve been doing the “autism gig” long enough to not be hurt by his apparent lack of recognition, even though you two were quite attached when he was in school with you. What you don’t know is when we saw you approaching I told Justin his old teacher was coming, and when he saw you, he smiled that slight grin of his. It’s the one that lets me know he remembered you, that you once meant something to him.


I know you didn’t get a chance to see it because you were too far away, but I want you to know it was there.

It’s important for me to know that you know it was there.

I’ve seen this happen time after time with him. We run into people he was once passionately attached to, and he displays the barest hint of recognition, if that. Frankly, if that person is no longer in his life on a daily basis that slight grin is all they may get, and maybe not even that. It could seem like he no longer cares.

And to be honest, I can’t be sure at that time that he does.

But I want you to know that his tiny smile speaks volumes for what you meant to him in the past. The truth is when I take Justin out and we encounter people he’s never met before he gives them nothing- no eye contact, no glimmer of a grin, only a “hi” when I ask him to say it.

They don’t get the smile.

The smile means he remembers you. The smile means you once meant a great deal to him, that he appreciated your patience, your affection, your perserverence.

That smile means he appreciated you.

That smile is the best reference letter you will ever get, because it’s honest, no artifice attached.

He cared. He just may not show it now.

And I want you to know I thank you too, for all the fun you must have shown my boy, for the kindnesses extended, the myriad ways you must have made him feel safe and helped him make sense of the world. Your contribution to his joyful soul counts.