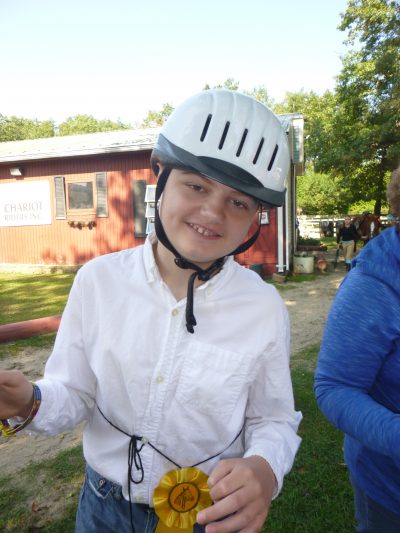 He snuggles contentedly on my lap, my severely autistic nine-year-old son who loves his evening storytime with Mama. This is a ritual we started seemingly moments after he was out of the womb, this reveling in words, a sensory sanctuary for my boy as he rests securely in my arms. Justin has always loved books, still does to this day.

The apple doesn’t fall far from the tree even with severe autism.

Justin’s favorite author is by far Eric Carle- he has an entire bookshelf dedicated to the man’s works. Every night either he or I chooses one, and we settle in on his glider to read a story I know he knows by heart.


But I also know he can read those hallowed pages too.

Justin has hyperlexia, which enabled him to read sight words at three, and entire sentences at four (the autism bonus!), even though he’s on the severe end of the spectrum and non-verbal. One of his therapists actually discovered his comprehension when she put out an array of simple words on index cards, slowly increasing the field to twenty and even thirty words until we knew undoubtedly he could read. We used the Edmark program to further his learning, and at the tender age of four we knew he could read complete sentences because he was answering the questions correctly.

And yes, I was proud of both accomplishments. Yet there’s one I’m even more proud of to tell the truth.

For years I attempted to do intraverbals with Justin, stopping strategically during his favorite songs and stories to see if he’d “fill in the blank.” Each time I was met with silence. I knew he knew the correct word, but his apraxia was his silent roadblock to participating. By the time Justin turned nine he had a few words, “Mama,” “Dada,” “juice,” but he rarely made mands or requests with his voice, preferring to use his communicative devices which ranged from sign language to PECS to Proloquotogo on his iPad. It has always been my dream that Justin would at least acquire some functional speech. I wish this because devices can’t always be trusted to work, and since there will be dozens of people who care from him throughout his adult life to death I knew I’d feel (slightly) better about leaving him someday if he could communicate simple wants through speech.

And my gut told me the way to open that floodgate was through stories and song.

This night as I settled into our chair to read “Baby Bear, Baby Bear, What Do You See” was just like any other night. Every other page ends with the refrain of “What do you see?” and as usual, I paused prior to the last word, hoping my boy would fill in the gap. The first few pages I was met with silence.

And then, about midway through the book, I heard his faintly audible “see,” and watched as he turned to me with a big grin. This word was out of his lexicon of “Mama,” “Dada,” and “juice.” He looked utterly delighted with his accomplishment, and continued to fill in the last word for me on every subsequent page.

I can assure you his mother was just as delighted.

Years later, he is not only filling in words for me, but has moved on to master complete sentences. As Seinfeld would say he is a “low-talker,” and many consonants are still difficult for him. I have to be close to my boy to hear his attempts, and most people would not be able to distinguish many of his syllables. But he can share his love of literature, and does the same with the songs we sing together too.

And as I suspected, he vocally mands more frequently now too, a fact for which I am eternally grateful and proud.

Don’t get me wrong. I’m proud that my boy can read. I suspect some people on the autism spectrum never master that skill, and I’m grateful he has it. But the truth is he has the innate skill for it and it came to him easily. He never had to struggle.

For his wonderful words he has had to work far more diligently than any of us can imagine.

I’m proud of him for filling that silence with the miracle of his voice.