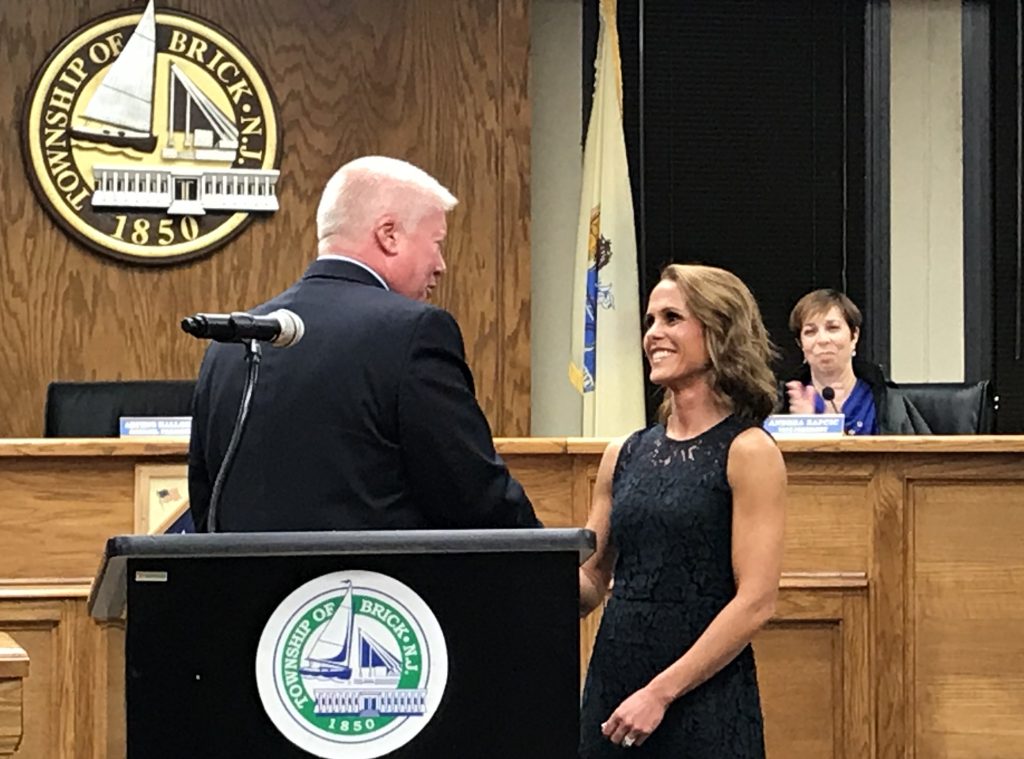 A Brick Memorial High School teacher has been recognized for what is described as an innovative strategy for promoting science.

Maria DeBruin, who teaches chemistry, was granted to Milken Educator Award, which was given to just 44 teachers nationwide last year. It was presented to her by state Education Commissioner Kimberley Harrington at a ceremony at BMHS last month.

DeBruin, who teaches all high school grade levels, was recognized not only for her strategy in the classroom, but for creating Science Night Out, during which honors and AP students open the school to the public to perform science demonstrations and exhibits.


“If you have not gone to that, you should go,” said Ducey. “I went to it last year with my then-five-year-old, Jack, and he was amazed.”

Technology plays a large part in DeBruin’s classroom. She started video recording classes each day and posting them in Google Classroom for review and to keep students who miss class from falling behind; this has been so successful that others in the building are now following suit. Students have access to a laptop cart and use response clickers and TurningPoint for interactive polling. DeBruin spent five years as a chemist at a large pharmaceutical company before entering the classroom and brings real-world experience into her lessons; her extensive knowledge about lab equipment helped her convince the district to buy a spectrophotometer, which students now use regularly.