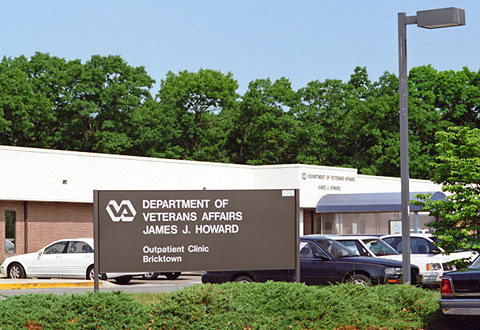 A plan to relocate the Veterans Administration outpatient clinic in Brick Township to a new location with ample parking have stalled, eliciting anger from Ocean County’s congressional representative.

“Today’s announcement about the Brick VA Clinic project is simply unacceptable,” MacArthur said in a prepared statement. “While the VA works out these contract issues, they must immediately address the parking issues our veterans are experiencing at the existing facility in Brick. Our veterans have sacrificed so much to defend our nation and they deserve better.”


The James J. Howard Outpatient Clinic off Route 70 has been plagued for years by overcrowding and an extreme lack of parking. The VA has outlined a proposal to relocate the facility to a much larger space with a bigger parking area.

According to an interest solicitation requesy by the federal General Services Administration, the VA is looking to rent 81,000 square feet of space at a new location in either Brick, Toms River or Wall townships to use for a new outpatient clinic. According to the document, the space could be an existing building or sufficient land available where a new structure could be built. A requirement is that there be at least 480 parking spaces.

If a building is leased, the term would be for a minimum of 20 years. The project’s budget would range from $50 million to $100 million.

Last month, MacArthur penned a letter to then-VA Secretary David Shulkin asking for the project to be expedited.

The third congressional district includes the largest population of veterans in New Jersey.

There were no specifics provided as to the newly-anticipated date of the project’s start. The letter-of-interest response deadline is May 18, according to GSA documentation.