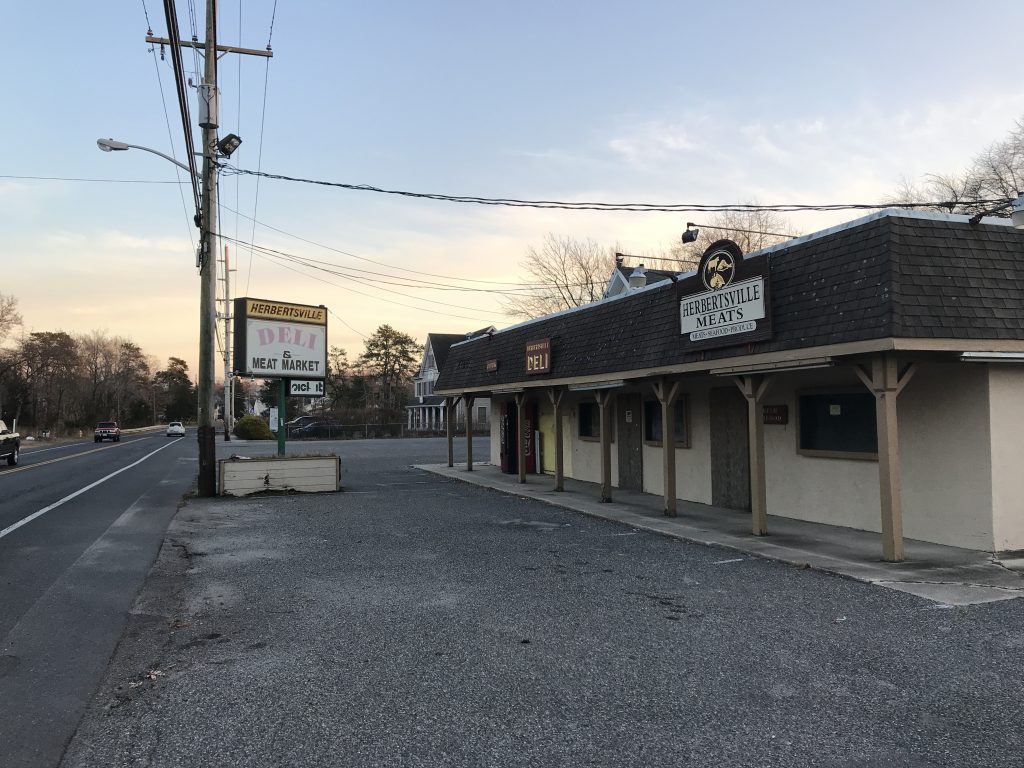 A once-booming deli and butcher shop that doubled as a lively meeting spot for residents of the Herbertsville area could soon face a wrecking crew – as well as an uncertain future.

The Herbertsville Deli has been closed for several years and two years ago was boarded up on the outside. The building has deteriorated and a propane filling station behind its west parking lot has been removed. Repeated attempts by Shorebeat over several years to contact the owner of the former deli have proven fruitless. The store is owned by “430 Brick Realty LLC,” a holding company that traces back to a liquor store in Saddle Brook, Bergen County, according to tax filings with the Ocean County Clerk’s office.

According to township documents, a construction permit was issued Oct. 9 for a demolition, but the building is still standing. Mayor John Ducey said the owners approached the township about purchasing a liquor distribution license, however the municipal government declined. The owner of the property, assuming they meet qualifications under state law, could purchase a license from an existing private holder if one should become available.


“They wanted to make it a liquor store and they asked us for a liquor license and we said no to that,” said Ducey. “After that, they said they would just wait it out until they could buy a license.” 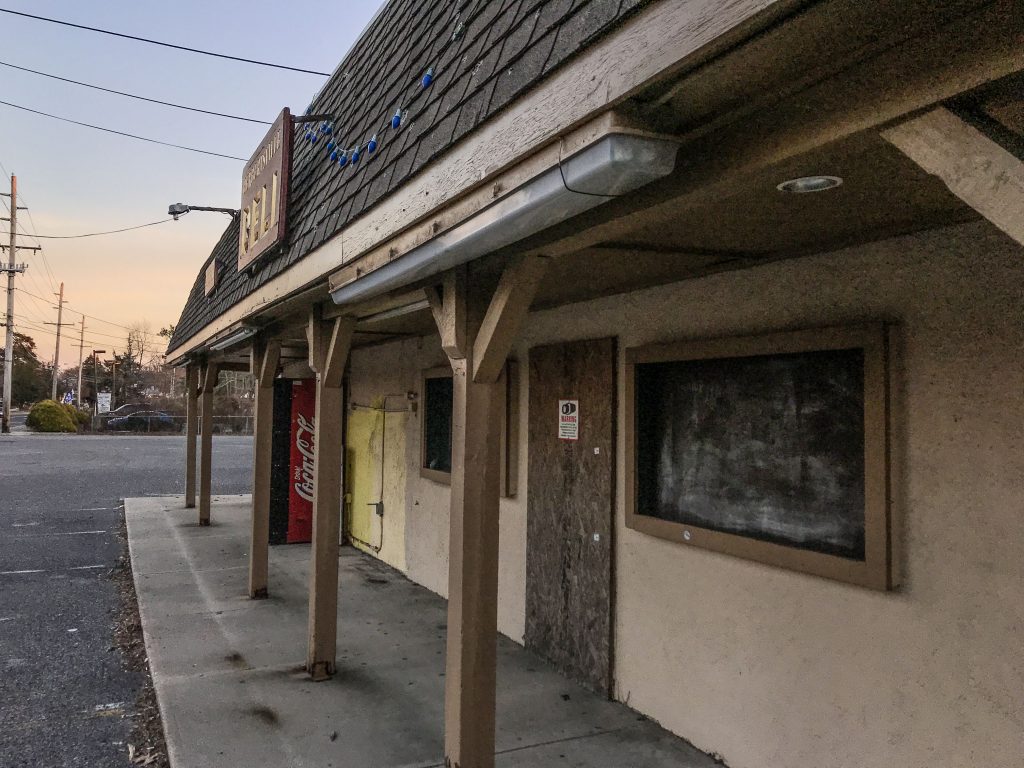 Brick officials last discussed selling a plenary distribution license – the legal name for the license a liquor store must obtain in New Jersey – in 2012. The asking price was to be $620,000, but the plan was later scuttled by the township council. At the time, the owners of existing liquor stores opposed the potential issuance in order to stave off competition and some residents opined that there were already too many liquor stores in town.

Thus far, there have been no building applications filed with the township beside the demolition permit. Presumably, a new building would only be proposed if a license could be obtained.

A final attempt to contact the property owner on Monday, before this story was published, was unsuccessful.