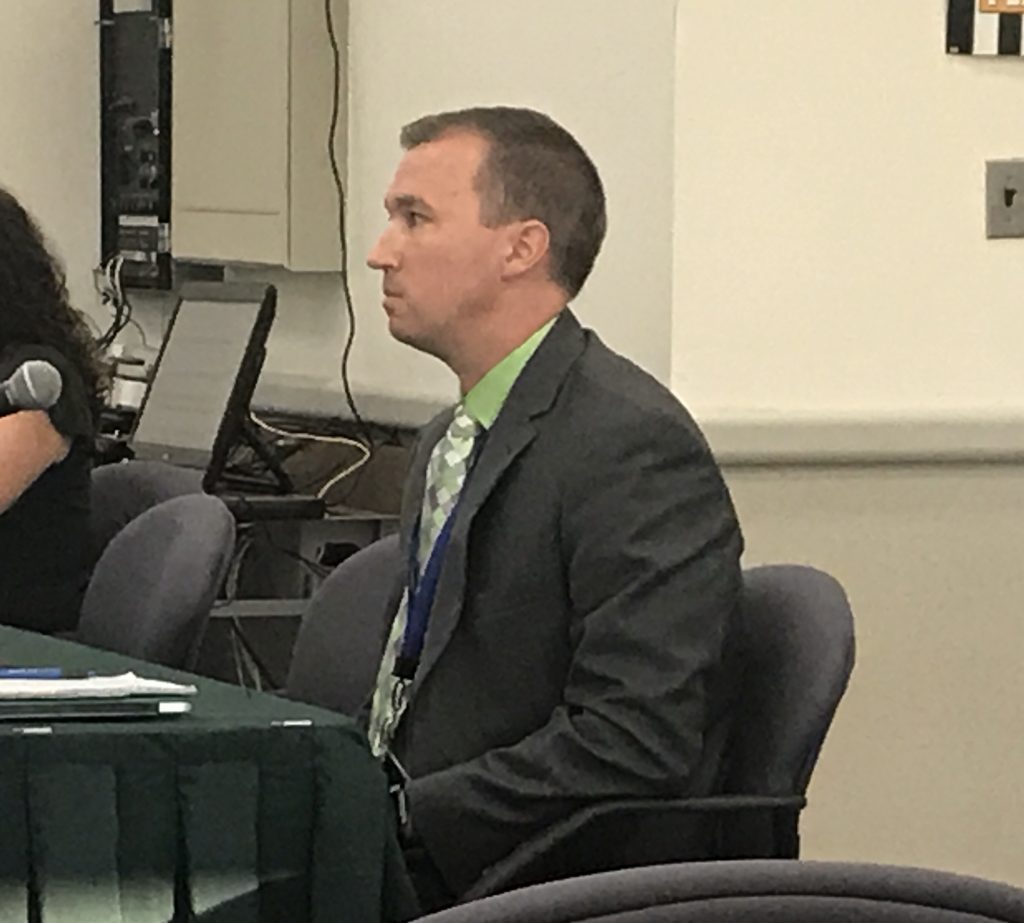 The Brick Township school board on Tuesday night appointed the district’s human resources director, who possesses only a provisional chief school administrator certificate and has not completed a state-mandated mentoring program, to the position of acting superintendent as of Aug. 1.

Sean Cranston, the son of former Toms River Regional Assistant Superintendent Gary Cranston, was unanimously chosen by the seven-member board as the district’s new schools chief. Cranston was a classroom math teacher for nine years before being hired in Brick in 2015 as a math supervisor. In 2017, he was appointed as the district’s human resources director. He has never served as principal, assistant principal, or any central administrative positions besides the human resources post, leading some to question his qualifications to lead one of New Jersey’s largest school districts.


“The plan is, he is going to be the acting superintendent until we find a permanent superintendent,” Board President Stephanie Wohlrab replied.

Cranston holds a “provisional” Chief School Administrator certificate. According to the New Jersey Department of Education, a provisional certificate is issued to “candidates who have met the requirements for initial employment (holder of a CE) and are employed and part of a state-approved residency/mentoring program leading to standard certification.”

Cranston will be able to undertake the mentoring program over the course of the 2019-20 school year, officials said.

The appointment led Robert Canfield, a township resident and candidate for a seat on the BOE in November, to question the hiring process.

“How many candidates were in the pool for it?” he asked of the position.

“I think what the board wanted to do was to pull from the resources we had, in district, so we weren’t going out again,” replied Wohlrab. “So we looked at everybody in the district who held the paperwork and the certification to work as an acting superintendent.”

Overall, the district has 11 employees with chief school administrator certifications, including Business Administrator James Edwards, central administrator Susan McNamara and former Superintendent Walter Hrycenko – all of whom were in the audience at Tuesday’s meeting.

Wohlrab defended Cranston’s appointment, saying it allows the district to hire an acting superintendent without “pulling a principal” from his or her school. Cranston, she said, was also involved in planning aspects of the 2019-20 school year.

“He was a very strong and good candidate for this position,” Wohlrab said.

Cranston will earn an additional $184.23 per day beyond his $123,936 salary, according to a hiring resolution passed by the board Tuesday night.

Wohlrab said the district is looking to hire a part-time employee to take on some of Cranston’s human resources responsibilities.