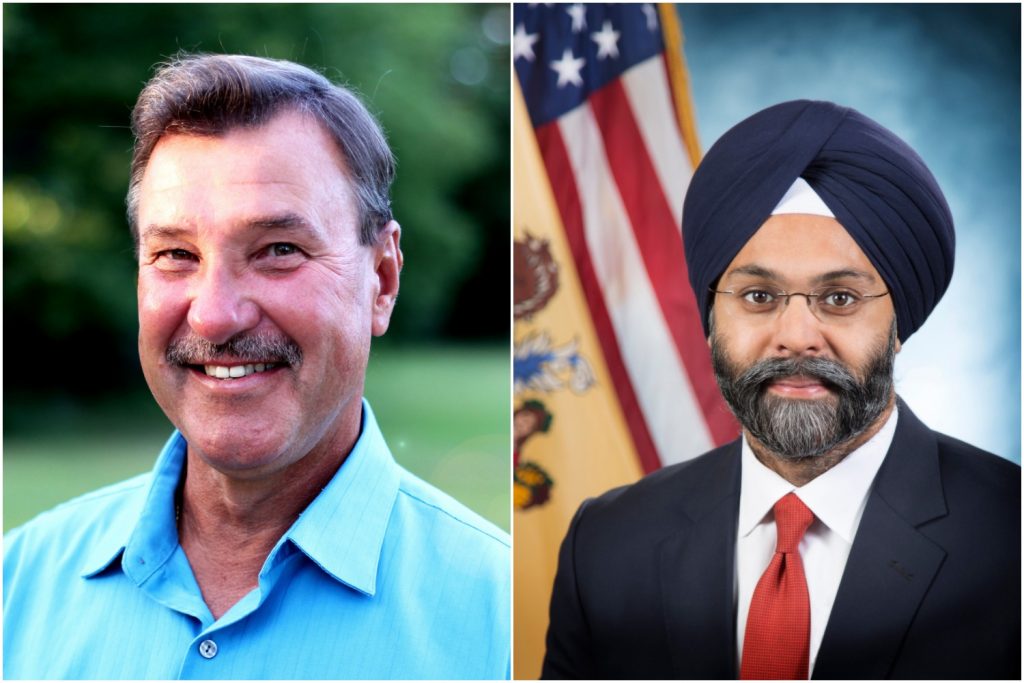 The resolution passed by the council differed from an earlier version proposed by Councilman Jim Fozman, the only Republican member of the governing body. The revised resolution did not mention Murphy or Grewal by name, and did not include language specifically directing the Brick police department to “ignore” state guidelines on cooperation, as proposed by Fozman. The resolution also urged the governor and state legislature to “re-evaluate” the sanctuary policy rather than “repeal” it, as Fozman requested.

The council’s Democrat majority, for their part, accused Fozman of “politicking” after switching parties, with Councilman Paul Mummolo reading a list of tweets from some of the Democratic party’s most left-leaning members that the councilman “liked” around the time he walked away from the Democrats to join the GOP.


Ducey, who under Brick’s system of government does not vote on resolutions at council meetings, explicitly said he favors the “repeal” of the Immigrant Trust Directive.

“I don’t care if the governor is in my party, out of my party,” he said. “I don’t care if he switched parties like some poeple do. The directive should be repealed, and hopefully if enough towns get together on this it will be repealed – it will make us all sleep better at night.”

“I’m glad you agree with me, mayor,” Fozman replied. “I guess your side has come to its senses.”

During his campaign for governor, Murphy declared his support for making New Jersey a so-called “sanctuary state.” Grewal’s policy is being challenged by two county sheriffs – the Monmouth and Cape May sheriffs – and Ocean County as a whole. The directive places several limitations on law enforcement officers in New Jersey, including a prohibition on asking a person about their immigration status unless it is directly related to the investigation into a serious offense. Grewal and Murphy have said the intent of the directive is to allow for better cooperation between immigrant communities and police.

New Jersey police officers are also barred under the directive from assisting Immigration and Customs Enforcement (ICE) with raids targeting suspected illegal aliens wanted for questioning or deportation proceedings, and corrections officers are instructed to ignore ICE detainer requests. Corrections officers are also prohibited from so much as allowing ICE agents to interview prisoners unless the detainee has retained an attorney and signed a consent form.

Law enforcement agencies are also prohibited from deputizing their employees as ICE agents under the 287(g) program, a federal initiative that allows local, county and state law enforcement officers to enforce federal immigration laws. Brick’s police department has never participated in the program.

Fozman made a motion to insert extra language into the resolution directing Brick police officers to ignore the sanctuary policy – however the motion itself was largely ignored, with a vote taking place only on the text of the resolution that appeared on the public agenda without any edits.

“To not incur the governor’s wrath, you fail to reject the attorney general’s directive that our local police not cooperate with ICE,” said Fozman.

“That’s already the policy,” said Ducey, who stated that he has had verbal conversations with Police Chief James Riccio to ensure that no police procedures had changed since the state policy went into effect.

Ducey said the chief has always assured him that there have been no changes. Responding to a question from a resident, Ducey said he has been checking with Riccio since 2017, after Murphy was elected, but the interactions have always been verbal rather than written.

“I checked with the police chief a number of times and he’s assured me nothing has changed from before the directive to after the directive went into place,” said Ducey.

Despite the lengthy debate which sometimes devolved into a shouting match and personal jabs, the council ultimately voted 6-0 to pass the resolution. Councilwoman Marianna Pontoriero was absent from the meeting due to health reasons.