Inside the Massive Dredging Project Going On in Brick’s Waterways

If you’re a boater, there’s likely no way that you missed the dredge boats traversing the Metedeconk River, barges filled with muck being ferried by tugboats under the Mantoloking Bridge, and more barges unloading the aforementioned muck off Bayview Park near Normandy Beach.

Shorebeat first reported on this story when the dredge boats mysteriously showed up last year. But now, the project is in full swing and will be completed by the end of October. The final push will see dredging extended up to the narrows of the Metedeconk (with other boats dredging the Bay Head Channel), but they’re currently working inside the channel off Windward Beach that leads to Green Cove and Jersey Shore marinas. 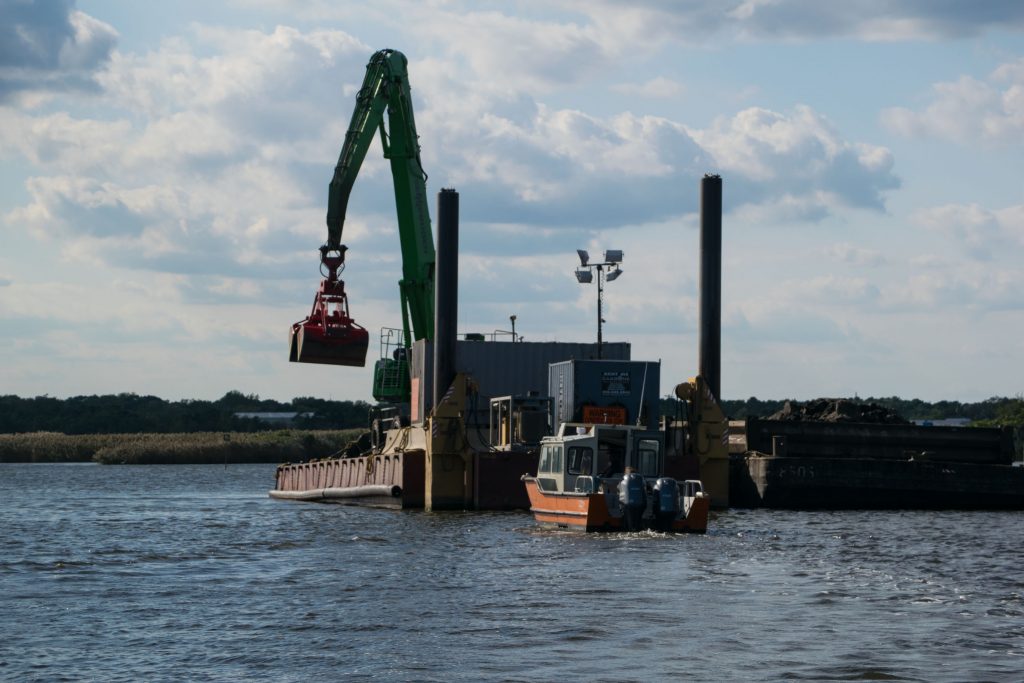 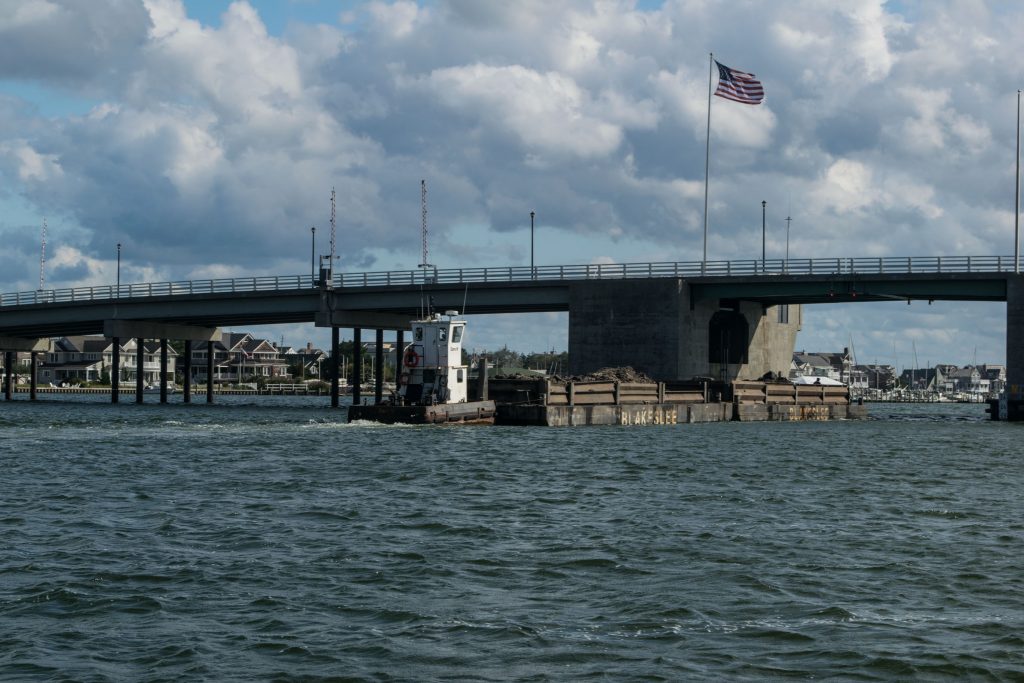 Shorebeat got an up-close look at the operation this week using our own boat. The project, by this point, is a well-oiled machine. In its most basic terms, the project consists of a barge which carries a digger derrick on top. That digger truck scoops silt and sand from the bottom of the waterway, then dumps it into an empty container, which sits on a second barge. When the container is full, a tugboat comes along to take the dredge spoil to Normandy Beach, where “dredge holes” were created off the park in order to deposit the sand.

The project initially created some concern from residents of the Normandy Beach neighborhood, but state officials say the work will actually improve the bay bottom in the area where the dredge holes are located. After the sediment is deposited there, the contractor will cap the holes with fresh sand that can support additional submerged aquatic vegetation, which fosters marine life such as crabs and juvenile fish.

While one container of dredge material is being deposited in Normandy Beach, another is taken by tugboat to the dredge site, while there is always a third on hand, anchored in the river. The operation is continuous, at some points going on into the night. 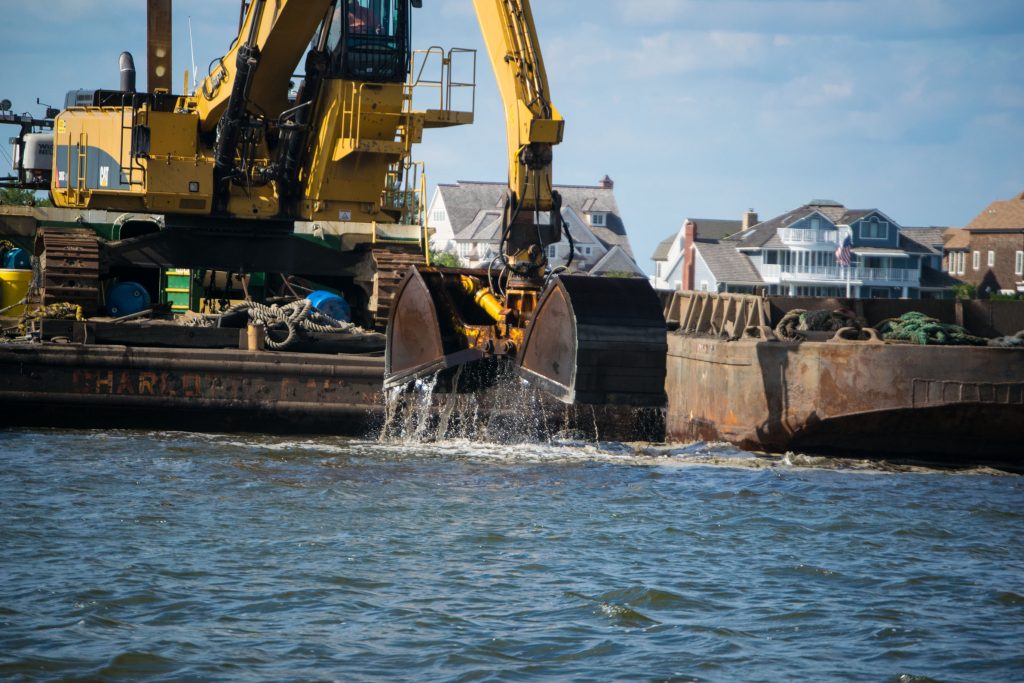 Right now, “Work has been progressing from just west of the Wehrlen Brothers Marina to near the Brennan Boat company docks,” said Steve Schapiro, Deputy Director of Communications for the state Department of Transportation.

By the end of October, the project will have dredged all of the narrows of the upper Metedeconk, a notoriously shallow area where boaters must closely follow markers to avoid becoming grounded.

The upper Metedeconk portion of the project is the terminus of the ambitious $16 million effort to restore several river, creek and bay channels to their preferred depths, repair environmental issues and bring some channels back to their depths and positions that were present before Superstorm Sandy.

The Entire Dredge Schedule Has Been: