Brick School Board Members Grilled on Security After Shooting Near BMHS 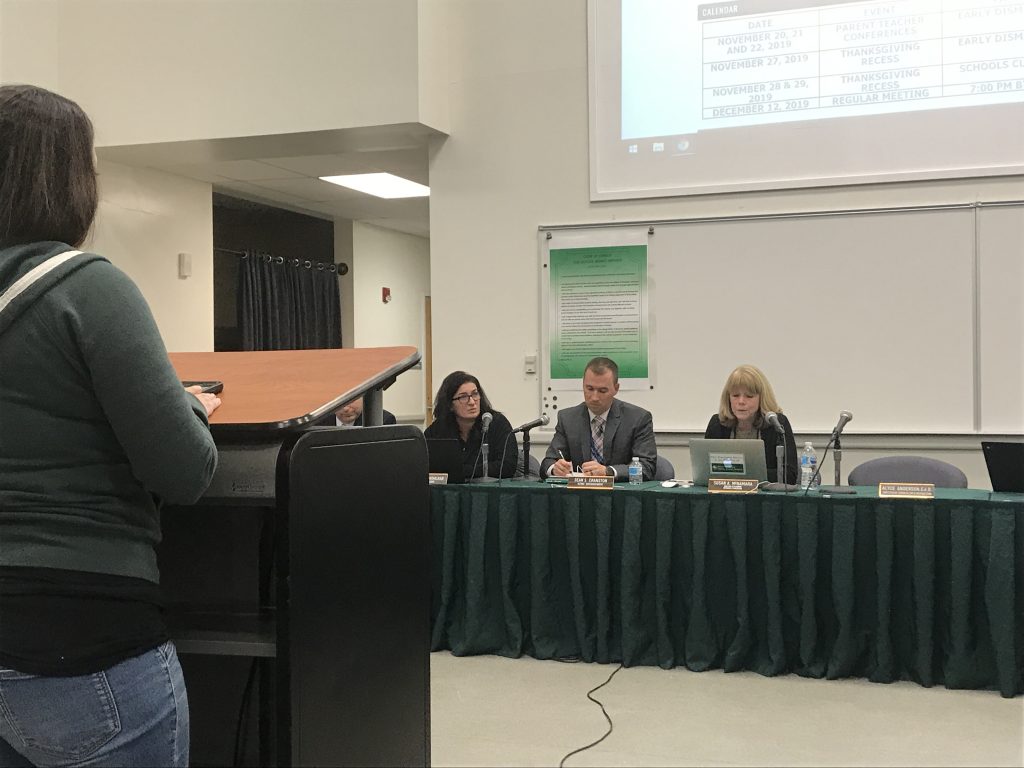 How did a student who was just involved in a shooting manage to re-enter Brick Memorial High School?

That was the question several residents asked Brick Township school board members at a meeting Thursday night, following the shooting of a student Oct. 24 on Lanes Mill Road, adjacent to the school. Two juveniles, aged 17 and 16, have been charged in the case. One was arrested in Asbury Park, but the suspects’ details, including their names and hometowns, have not been divulged due to their age. Both were lodged, at least initially, in juvenile detention.

“How did that student get back into a locked school?” one parent asked.


Susan McNamara, Director of Planning, Research and Evaluation for the district, said a student let the shooting victim and another student inside after the incident and “immediately” reported it to a teacher, who called 911. Police have said a crossing guard called 911.

McNamara said it was important to note that the school was not in any lockdown condition when the students were allowed back inside.

“We went into lockdown because of the reason the children came back into the building,” she said.

Board President Stephanie Wohlrab added that, at the time of the incident, students remained in the building, and were heading in and out of its doors, due to after school activities since the school had already been dismissed for the day.

“The kids were going in and out for sporting activities; the door was locked and a student opened it,” McNamara would go on to explain. “I would think that it would be the empathetic thing to do if they saw their friend was injured.”

The answer from officials did not satisfy all in the room, including a parent who asked whether the district was investigating any potential links between the shooting and a gang presence in the high school.

“Your protocol allowed a student to open the door and let another student in,” said resident Vic Fanelli. “I’m glad none of my children of grandchildren go to school here.”

Another parent focused in on the gang issue, as rumors have swirled that the shooting – which was minor in nature – could have had ties to groups who commit violent acts.

“Is there any investigation into gangs?” asked one parent.

District officials were mum on the subject.

“Gang affiliation is a private pupil matter and we cannot comment on any investigation into that,” said Benjamin Montenegro, the district’s attorney.

Sean Cranston, the district’s acting superintendent, defended the district’s communication policies in the wake of the incident. A message was sent out to parents using BlackBoard, which can produce a text alert. Parents, however, must be signed up to use the service. He also said that it was determined that students on buses who reside in the area near where the shooting took place should not have been dropped off at their homes, but rather bused to a location that was known to be safe and guarded by police.

“The police is (sic) all over this,” Board President Stephanie Wohlrab said, adding that security consultants have recommended the district “harden” its entrance and egress points.

A ballot measure that asked taxpayers to fund a portion of $12.5 million in security upgrades for the district was defeated last year – first by a margin of 39 votes, which was ultimately whittled down to 23 votes.

It is unknown if the district will push forward with another referendum proposal in the future, however Wohlrab said the district is continually pursuing grant funding for security upgrades.