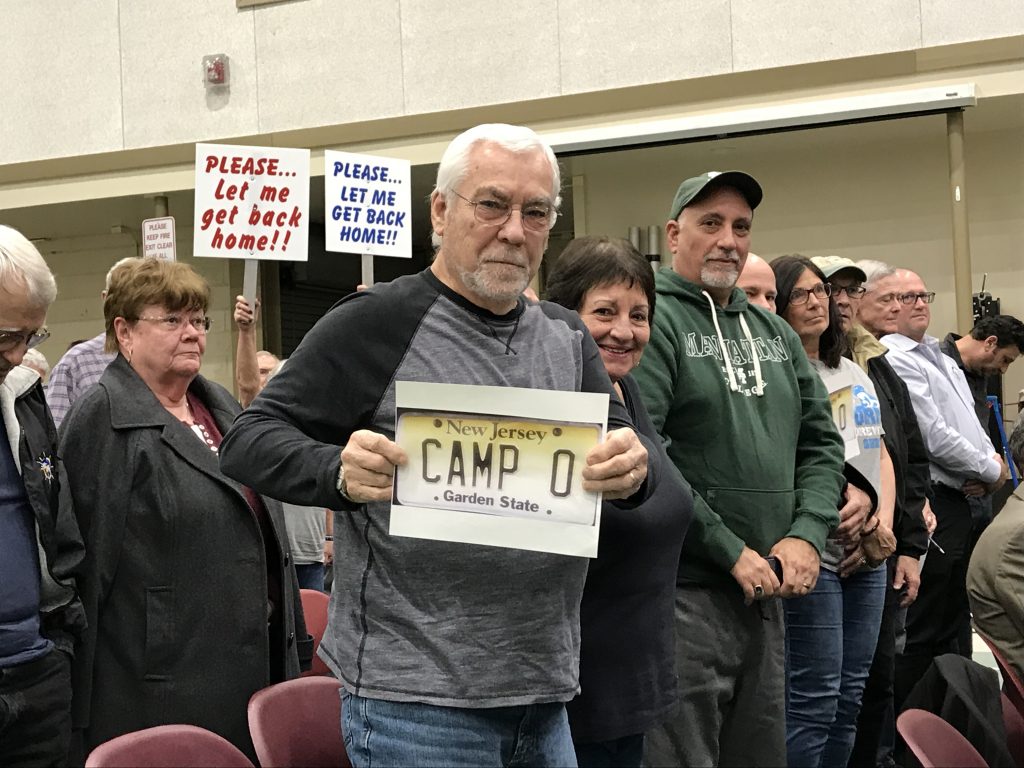 As a dense fog began to settle at a low ceiling over the barrier island Wednesday night at sundown, residents of the Brick neighborhood that made international headlines after in burnt down in Superstorm Sandy were heading to a planning board meeting – the first step in what has become a long journey home.

The Osborn Sea-Bay Condominium Association, the legal name of the HOA that is responsible for the bulk of what has been known for the past century as Camp Osborn, formally proposed its plan to rebuild 67 units made up of duplexes and some single-family houses to board members. 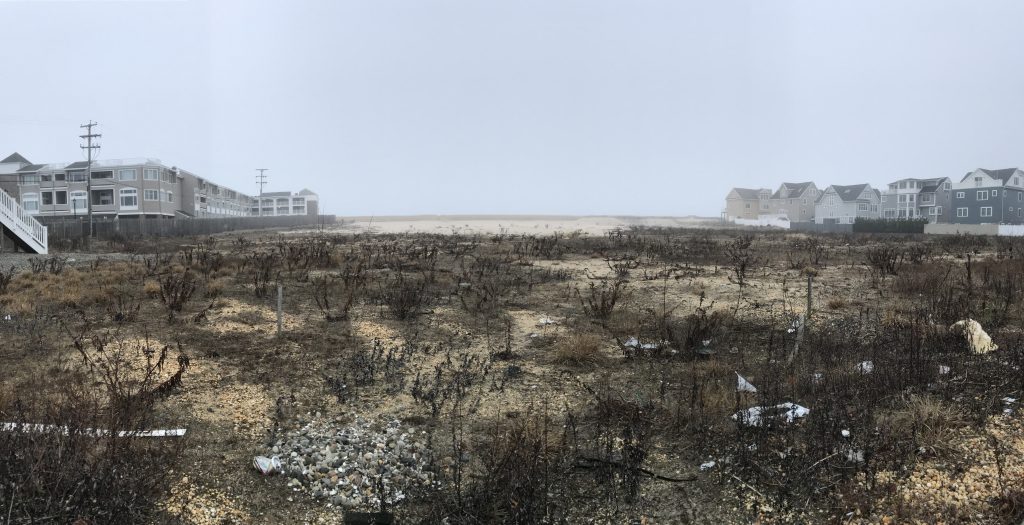 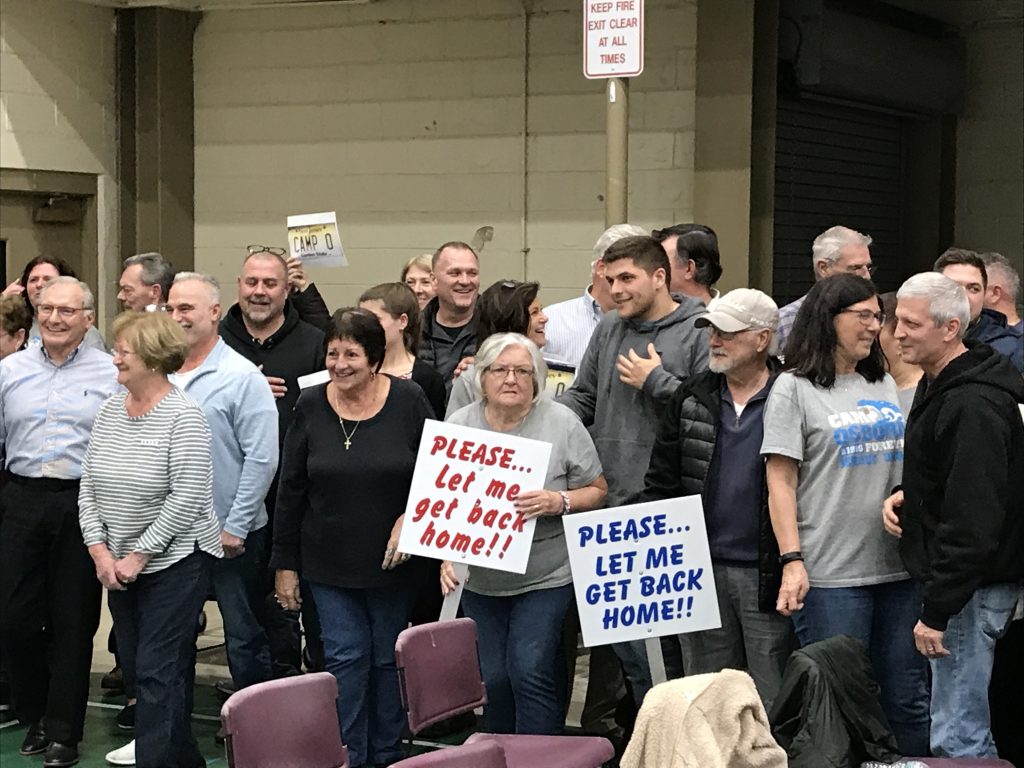 There was one objector – Anton Semprivivo, a car dealership executive from Lyndhurst Drive – who has spent years litigating every attempt to rebuild portions of Camp Osborn. Semprivivo, through the LLC that owns his home, JSTAR, successfully sued to stop 13 homes from being built to replace 30 on a different portion of the Camp and is still fighting a recent approval by the zoning board that allowed seven homes to be built there. His attorney, Dina Vicari, was present at Wednesday night’s meeting but said little, making a short statement on jurisdictional issues, then asking three routine questions of an engineer representing the Camp residents. Vicari did not say why her client was opposing the development.

One resident of the Camp itself had an attorney write a letter to the board expressing concerns, but apparently had already signed a document consenting to the project. The application moved forward after it was surmised that this was a result of a miscommunication.

The meeting was held at Civic Plaza to accommodate the large crowd of about 70 Camp Osborn residents who brought signs and wore sweatshirts in support of the rebuilding effort, which took more than seven years of negotiations between residents to come to an agreement on how to restore what is likely the final Shore neighborhood that remains demolished following the storm.

“This is the culmination of years of effort, and we’ve been really looking forward to moving this presentation forward,” said Mark Bellin, attorney for the homeowners’ association.

The mission to rebuild has been fraught with struggles since an electrical fire, fueled by natural gas lines, destroyed the entire community. Residents disagreed on whether to acquiesce to demands from the township that single-family homes not be proposed for the site in order to meet current building codes. Then, like most Sandy victims, there have been financial issues among residents.

“We are not a developer, a multi-million dollar company coming in and saying, ‘give me as many houses on this property as you can,'” said resident Wayne Diana. “We’re asking for our group of people to be put back on the sand after losing their homes to Superstorm Sandy. We are a middle-income, blue collar community – ordinary people just trying to rebuild beach cottages.” 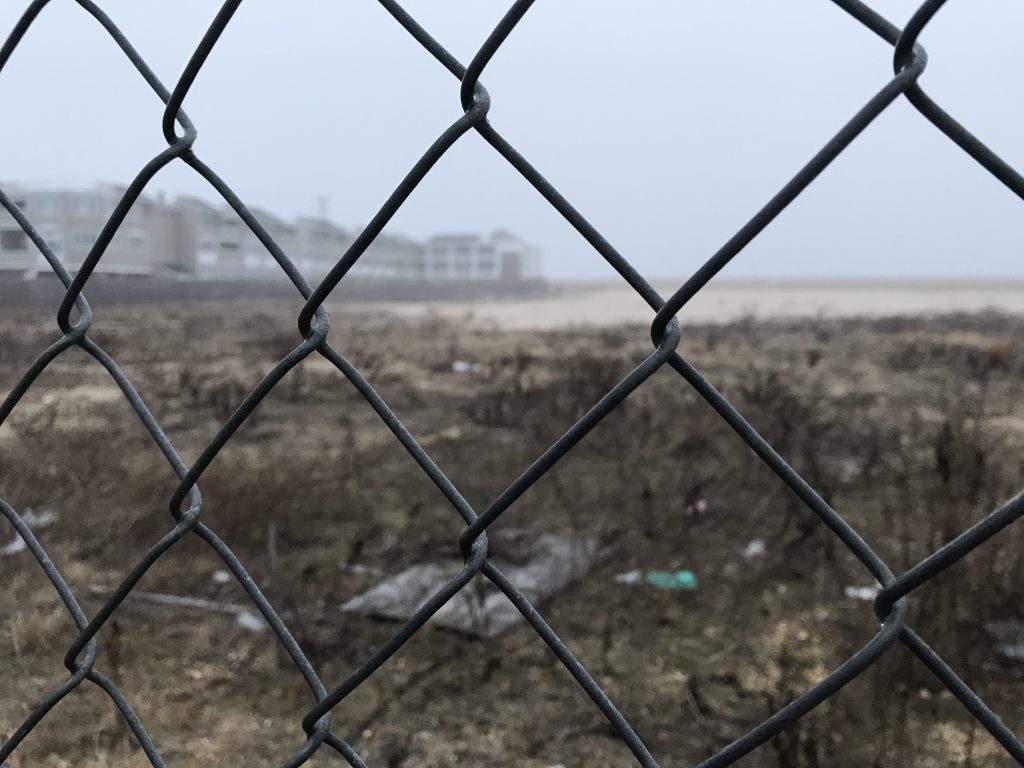 Indeed, a concern of residents is the timeline for approval. A grant that will allocate up to $750,000 for certain utility lines to be installed ends in October. 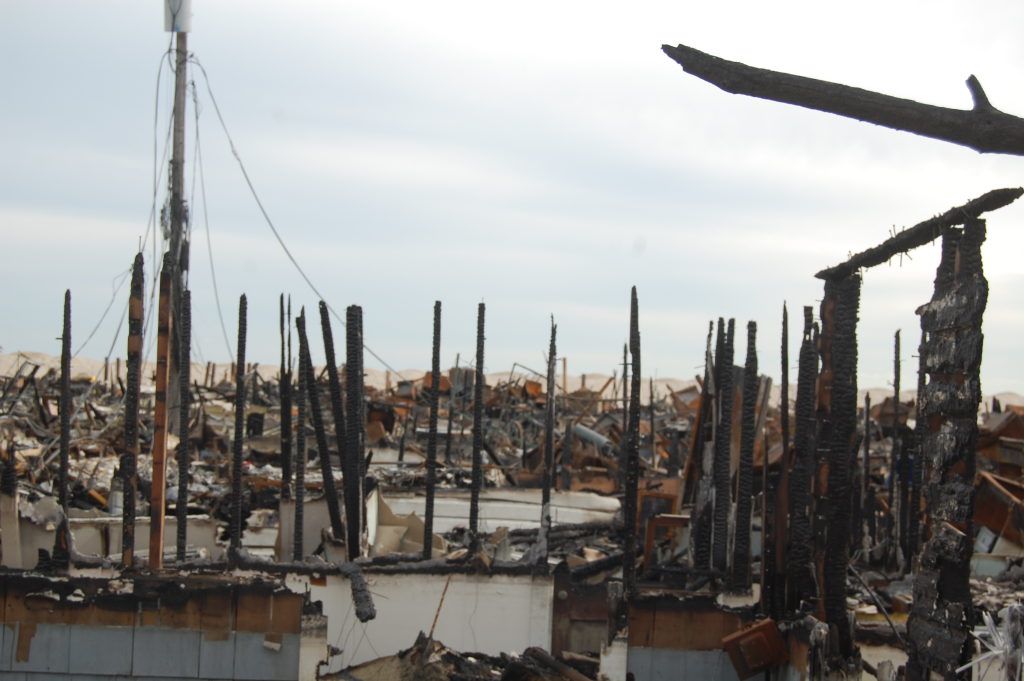 Most of the discussion between township officials, board members and Camp representatives focused on fire safety – namely, the ability for fire trucks, garbage trucks and other large vehicles like school buses to be able to make it down the 20-foot wide streets. But in testing, engineer Sean Savage said, fire trucks can enter the neighborhood and make a full turn without any issues.

The streets in the Camp will be private, though they will be open to Route 35. Flush curbs will mark a “travelway” through the neighborhood and flood lighting will be installed on each unit in lieu of traditional street lights.

Testimony continued until after 10 p.m. and will continue at a special meeting set for March 19 at 7:30 p.m. at Civic Plaza.