Meet the Only Ocean County Republican Running for Congress 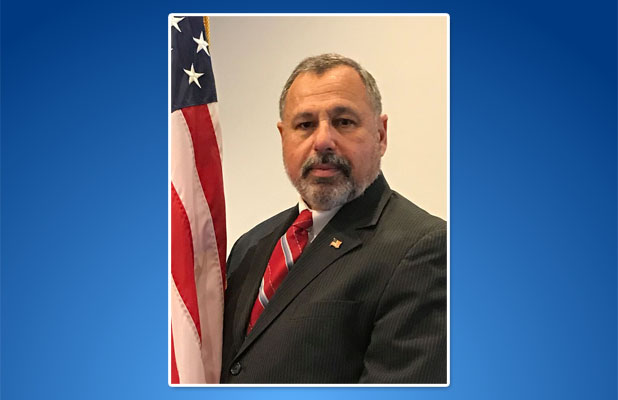 Ocean County residents who listen to talk radio have probably heard John Novak’s voice booming through their speakers over the past few weeks. The Barnegat Township mayor is running on a pro-Trump platform to unseat incumbent Democrat U.S. Rep. Andy Kim in November, and has recently bought spots on shows hosted by Rush Limbaugh and Mark Simone, among others.

Novak, however, is facing challenges in the race to represent the Republican party later this year. While most political scientists would likely hold that a candidate from Ocean County – the GOP’s base in the third congressional district – has the best chance to retaking the seat for the party, behind-the-scenes party politics has led both the Ocean County and Burlington County Republican organizations to endorse Kate Gibbs – a one-term Burlington freeholder whose criminal record of shoplifting was recently uncovered by the press – instead of the hometown candidate. Complicating matters further, David Richter, a wealthy former CEO of Hill International, switched races from the second to the third congressional districts after U.S. Rep. Jeff Van Drew became a Republican and received an endorsement from the president.

Can Novak, a former state trooper and local attorney who first became Barnegat’s mayor in 2016, overcome the party’s support for the now-bruised Gibbs and out-of-district resident Richter? He told Shorebeat in a recent interview that he is hoping to gain a grassroots-style wave of support, much of which started with the high-profile radio ads.


“I am the only pro-life, pro-second-amendment, lifetime NRA member candidate in this race,” Novak said.

Novak joined the NRA at age 10, and support for the second amendment has become a major push in his campaign.

“I am an avid shooter and have shot competitively, I hunt, I fish and I’m a proud [NRA] member, unapologetically so,” Novak said.

Novak is also leaning on supporters of President Donald Trump to buoy his effort to win the GOP nomination, pledging that he will go to Washington to boost many of the White House’s initiatives and policy proposals.

“I support the Trump agenda, I support building the wall and securing our borders, turbocharging our economy – which Trump has already started, but I want to keep it going – and I want to take the boot of government off the throat of small business owners,” he said.

Novak, 61, has played a number of diverse roles in life. He put himself through county college selling produce, then took a job in the logging industry to pay tuition at Stockton College. He served as a state trooper, but also worked construction to make extra money to attend law school. He now runs a small law office in Toms River.

“We not only need to support capitalism, but do everything we can to help it,” opined Novak, in the wake of the elevation of self-described socialist Bernie Sanders opening up a significant lead in the Democratic presidential primary. Indeed, he said, supporting small business owners and removing government regulations are among his top motivators.

“I really do mean that we need to get back to the formula that works,” Novak said. “It’s not an eloquent quote, but when someone buys a yacht the salesman makes a commission – he makes money and his family has money. Then someone has to maintain that yacht. That person might go out and buy a new pickup truck, which supports even more jobs.”

“We have young men and women coming back home, missing arms and legs, and they take a back seat for the services they need to what I call the chronic couch-sitters,” the candidate said. “We have illegal immigrants and couch-sitters who go to the front of the line for government programs, educational programs, vocational programs and medical attention, and they get to the head of the line before veterans who served in combat. That is a national disgrace.”

Novak ticks all of the boxes that would usually solidify his support among Republicans, but he says internal politics within the Republican party has cost him endorsements. Richter, though he does not live in the district, brings money. Gibbs, who lives in Burlington County, drew support from prominent Republican women.

“Freeholder Ginny Haines absolutely, positively wanted a woman, and was beside herself over the revelations of the day before,” said Novak, recalling his appearance before a GOP screening committee the day after news of Gibbs’ shoplifting arrest, marijuana possession arrest, public drinking summons and nine lawsuits filed by lands lords came to light.

On Gibbs: “I’m not talking about pot – smoking pot is subject to some discussion – I’m talking about shoplifting,” Novak said. “It speaks to moral turpitude.”

Novak sees himself as a man of action who can bring solid action to Washington.

“I ask, ‘have you ever done anything?’” he continued. “Or have you just bounced around from board, to body, to agency?”

Novak said he is guided strongly by his faith, taking a few opportunities during an interview to relate his approach to public service to passages from the Bible.

When New Jersey votes in the June primary, Novak hopes to have gained enough support to best his opponents and move to challenge Kim in what is predicted to be one of the toughest and most expensive congressional races in America. For Republicans, unity between Burlington and Ocean counties is seen as a key to energize voters, but some prominent Republicans in Ocean County have quietly expressed concerns about Gibbs’ past and the fact that she is largely unknown in Ocean County, which will account for the bulk of the Republican electorate.

Appealing to Ocean County voters opens up an opportunity for Novak, though he said geography is only one factor in deciding who to support in the voting booth.

The radio spots have been working to get his name out there, Novak said. People are noticing him and giving his campaign – which may have been overlooked by some voters who have only heard about Gibbs and Richter – a boost.

At the local Buy Rite liquor store, a man in line even offered to buy him a six-pack of beer. (Novak was thankful, but paid for his own.)

“The people get it,” he said. “We really are in a battle for our country. Andy Kim is a radical socialist.”

“When we have a primary battle, that message will be important,” Novak said.