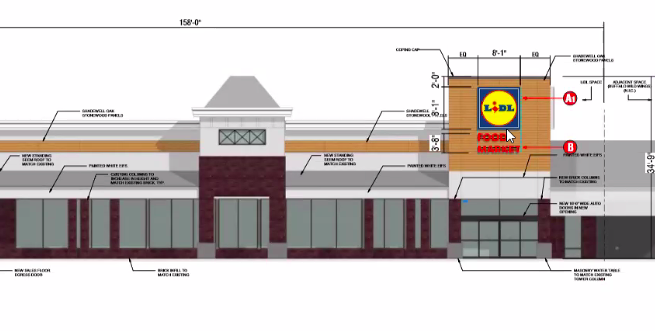 The German supermarket chain Lidl is planning to open its Brick Township location in October, representatives of the company told the township’s planning board at a hearing Wednesday night.

“Lidl is significantly expanding in the United States, including into New Jersey,” said Laura D’Allesandro, the attorney representing the company, adding that the Brick store was a major part of its effort. 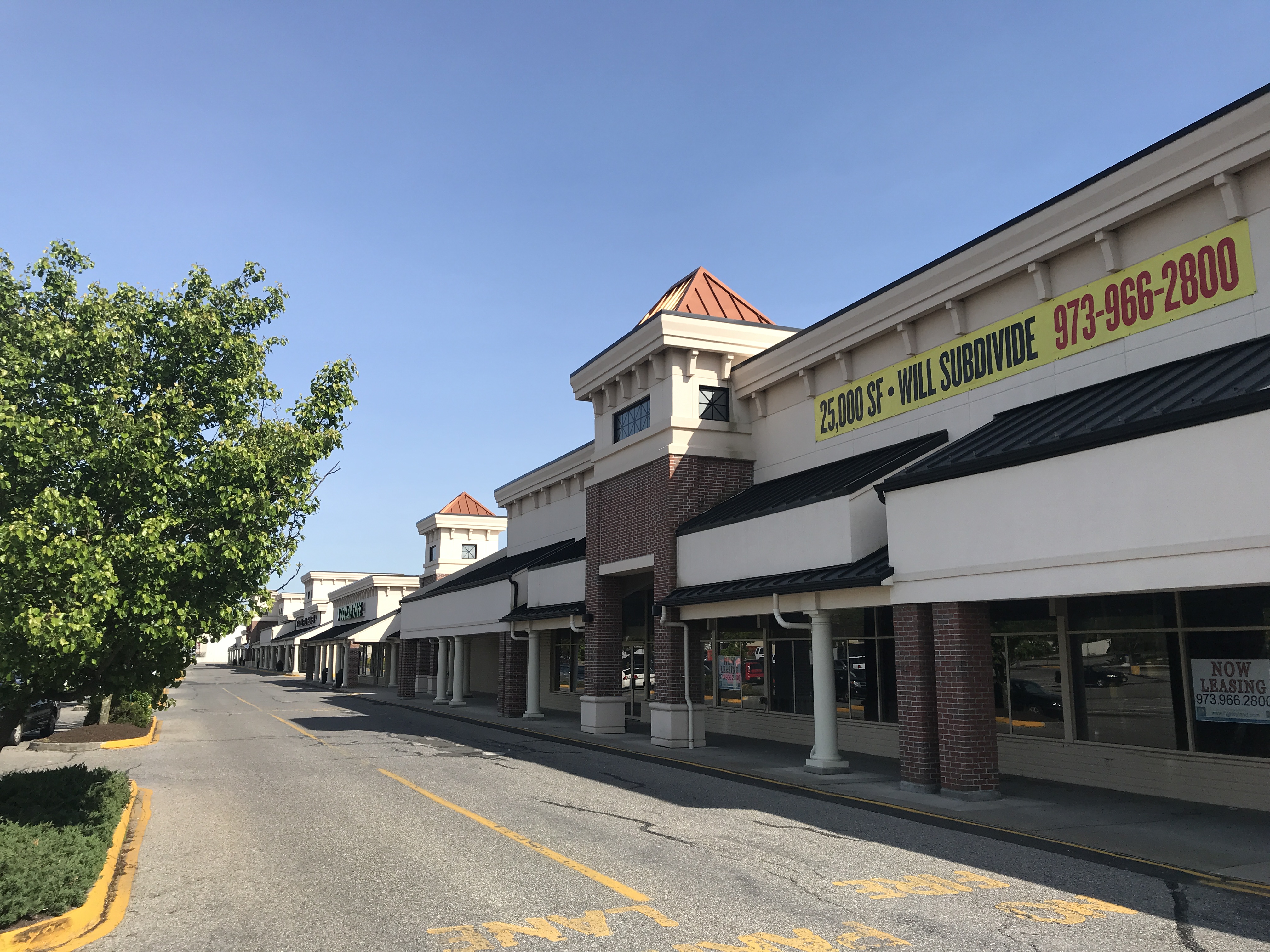 Lidl will be taking over about 24,000 square feet of the Riverwalk shopping center at the corner of Brick Boulevard and Hooper Avenue. It will be located in the space that once housed the Cost Cutters chain, which vacated the property more than a decade ago. The space has been mainly vacant ever since, leading Lidl to put significant work into its interior, including upgrading electrical interfaces and adding some aesthetic designs to the roof area.

Since Lidl is moving into a storefront that already exists, it did not need to go before the planning board with regard to its construction. Simple permits were granted to the company last year which covered that work. Instead, the Riverwalk shopping plaza’s outdoor signage was created before Brick had ever adopted a sign ordinance, leading to Lidl’s planned signage to require variances by default given its proximity to the old walk-through “tower” sign along Brick Boulevard. 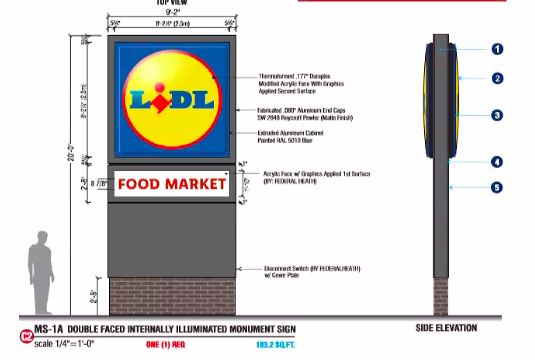 Lidl asked the board to allow a lighted sign along Brick Boulevard signaling where cars traveling northbound could turn in. Similarly, it asked for a small logo sign near the Hooper Avenue entrance to the plaza, where it is expected residents from the west and north will enter since Brick Boulevard is divided. The store is situated 600 feet from the Hooper Avenue entrance, said Ben Crowder, the engineer on the project.

“Gathering that traffic from Hooper Avenue, particularly that westerly traffic, is important,” said Crowder. “It is very important for the placement of an additional sign on Hooper to demarcate access to the site from that road.”

Additionally, Lidl will install signage on the side of the building, above its entrance and on a gable-like protuberance on the western edge of the exterior.

The store itself conforms to township zoning ordinances.

“A majority of the improvements were internal in nature, but we’ve also made some ADA improvements in parking, a trash enclosure in the rear and some utility upgrades,” said Crowder. 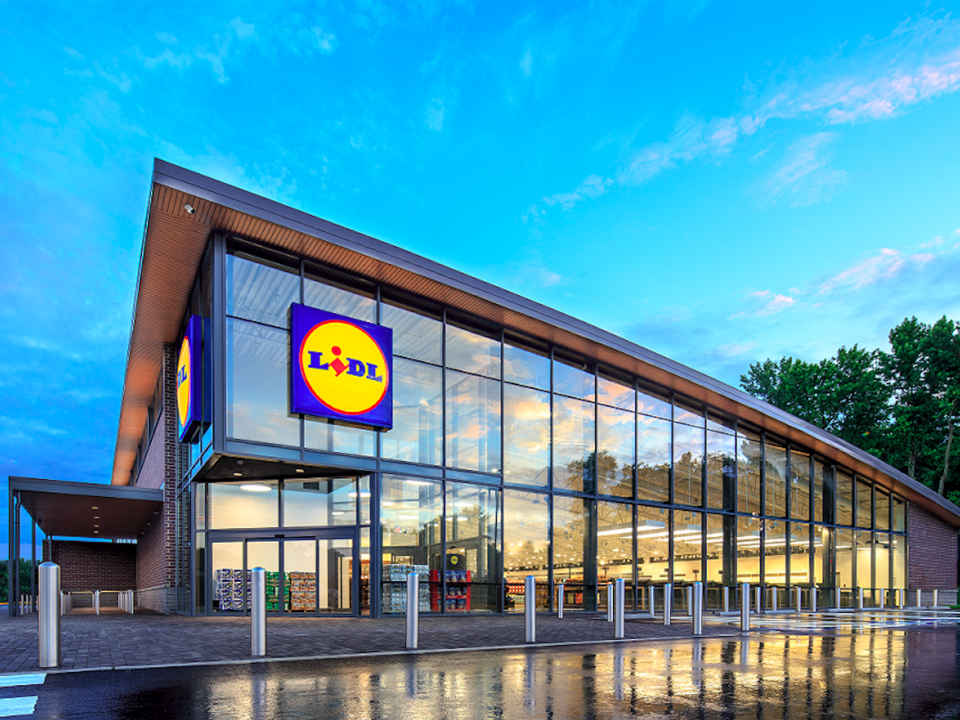 Lidl (pronounced lee-dul) is consider a discount grocery store that is one of the fastest-growing of its kind in the United States, with over 10,000 locations. It began its presence in Ocean County with a store in Lacey Township last year. Its chief competitor – both in the U.S. and European markets – is Aldi, which also has a location in Brick.