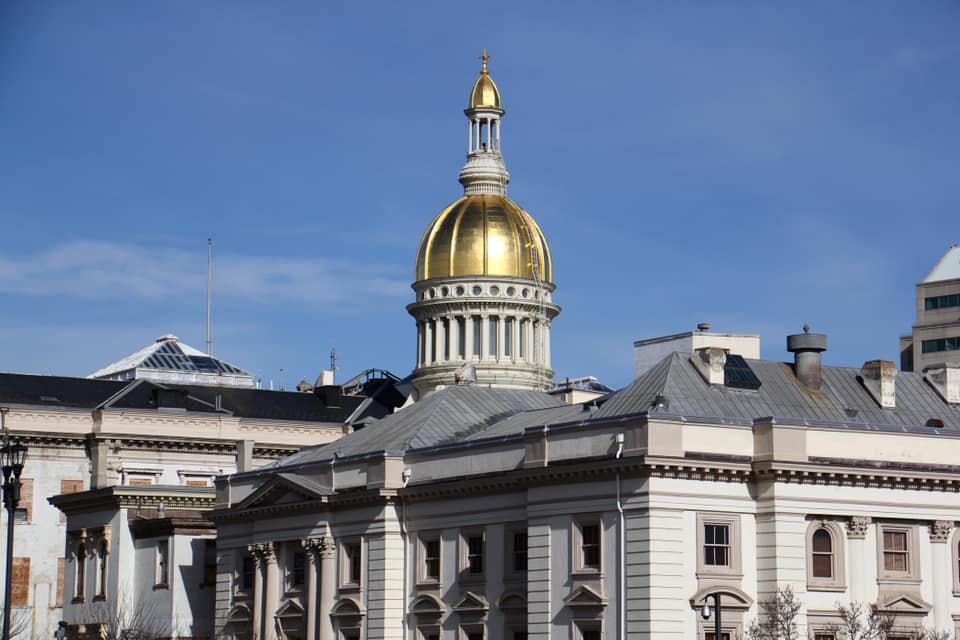 A bill that would allow New Jersey to borrow billions of dollars without voter approval could result in an increase of the state’s sales tax as well as property tax surcharges, according to the bill’s text.

The bill, known as the New Jersey COVID-19 Emergency Bond Act, has drawn support from numerous labor unions and staunch opposition from legislative Republicans, who argue tax revenue shortfalls related to the coronavirus pandemic should be tampered by spending cuts rather than bonding. The state General Assembly is set to vote on the bill Thursday following its release from the body’s finance committee.

Sponsored by Eliana Pintor Marin (D-Essex), the measure authorizes issuance of state bonds totaling $5 billion plus additional borrowing from federal government. The borrowing would plug holes in the budget for employee salaries and benefits as well as other state expenses amidst a projected $10 billion drop in tax receipts through fiscal year 2021. State Treasurer Elizabeth Maher Muoio expects $2.7 billion in lost revenue this year, and potentially $1.3 billion cuts.


While bond issuances are often controversial, the mechanisms in the Assembly bill to pay the debt service on the bonds in this particular measure have raised the ire of Republicans and some budget hawks on the Democrat side, including state Sen. President Steven Sweeney (D-Gloucester).

The bill’s text calls for two repayment methods, which must be applied in order. The first is an appropriation from the state’s sales tax, currently set at 6.25 percent, with the following being what will amount to a surcharge on property tax bills. The bill does not specifically call for an increase in the sales tax, but if that tax proves insufficient to repay the debt, a property tax increase for the entire state would kick in automatically. The bill calls for a tax to be “collected annually in each of the municipalities” of the state, which would be passed on to local property owners by way of their existing assessments.

New Jersey already holds the dubious distinction of having the nation’s highest property tax burden, which has led to a rift between Gov. Phil Murphy, a staunch ally of the state’s public sector unions, and Sweeney, a former private-sector union leader who has called for a halt to tax increases and put forward a “Path to Progress” plan to revive New Jersey’s economy.

“Just when you thought you heard everything,” said Assemblyman Gerry Scharfenberger (R-Monmouth), the bill “would allow the state to borrow five billion dollars without voter approval that would add a statewide surcharge to everyone’s property tax bill.”

The bond measure, however, has drawn support from several labor organizations which represent public-sector workers. IFPTE Local 194, the New Jersey Turnpike Employees’ Union, announced its support for the bill earlier this week.

“The 1,100 brothers and sisters of Local 194 applaud the leadership of Speaker [Craig] Coughlin and ask the General Assembly to vote in favor of this responsible legislation,” said president Barry Kushnir. “The New Jersey COVID-19 Emergency Act will allow access to much needed revenue during an unprecedented fiscal calamity brought on by the coronavirus pandemic.”

“If we’ve learned anything during this pandemic, it is that our society must invest more, not less, into our public infrastructure and safety net, to reduce the extreme health, racial, and economic disparities that COVID-19 has exposed,” said Milly Silva, executive vice president of the union.

Republican lawmakers are, expectedly, lining up to oppose the measure, where it could face considerable headwinds in the Senate, even if the Assembly passes it.

“This, on top of the recent toll hikes, is a double kick in the gut to the New Jersey taxpayer,” said Scharfenberger. “While the governor keeps business in perpetual lockdown, Trenton is looking for ways to raise money through more egregious taxation. This is outrageous, and shows why it is imperative that we reopen the state now.”

The New Jersey Business & Industry Association also came out against the measure.

“A $5 billion bond will cost New Jersey taxpayers at least many hundreds of millions of dollars in additional debt service costs for the next 35 years,” said Vice President of Government Affairs Christopher Emigholz. “New Jersey already is already one of the most indebted states in the nation, and this will just mean more of our budget will go towards paying debt instead of programs that benefit our residents.”

The bill “is digging a deeper revenue hole” for the state since so many businesses remain closed, he added.

Murphy, who endorsed borrowing before the coronavirus pandemic to be paid through new taxes on those who earn between $1 million and $5 million, and companies whose employees qualify for Medicaid coverage, said the alternative to bonding is to “gut” state services. That message was echoed by Silva.

“Seeking cuts to public services amid a public health and economic crisis would be the worst possible response to the current crisis,” she said. “Instead, we need to raise cash now to move our state towards recovery.”