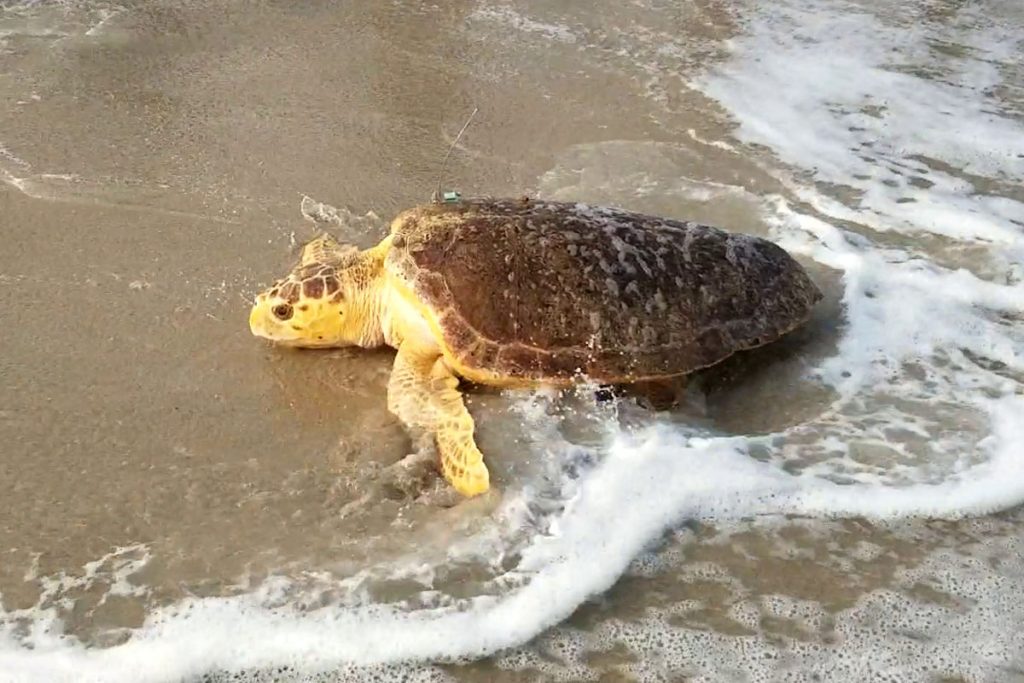 Far from the Atlantic Ocean, in Essex County, is the place where turtles go to heal if they end up stranded at the Jersey Shore. The Turtle Back Zoo, in West Orange, released its 50th sea turtle back into the ocean in September after nursing her back to health over the course of 16 months. But while the outlook is good for her, experts are warning that this fall could bring with it a period that is “devastating” for the sea turtles that remain in New Jersey, including one species that is critically endangered.

While most associated with their annual spring hatch along the beaches of Florida, good numbers of adult sea turtles make the journey north to the Jersey Shore. Among them are the endangered green sea turtle and the extremely rare – and critically endangered – Kemp’s ridley sea turtle. Both species have been recovered by the Turtle Back Zoo, often with the help of the Marina Mammal Stranding Center in Brigantine, and eventually released back into the wild. As ocean and air temperatures begin to fall, sea turtles that remain in New Jersey waters in October and November are subject to becoming stunned into a state of shock by the chilly environment. Advocates are

“This November we are preparing to have over 20 threatened and endangered sea turtles arrive at our hospital cold stunned and barely clinging to life,” said Bill Deerr, Co-Executive Officer of Sea Turtle Recovery for the zoo. “It is our busy season, and we need everyone to help.”


Cold stunning occurs when sea turtles fail to migrate before water and air temperatures drop dangerously low. Last year, in just one week from Nov. 13 to Nov. 21 , Sea Turtle Recovery saved 13 turtles that were found floating, on beaches, or stranded in New Jersey’s back bays. The Marine Mammal Stranding Center worked with Sea Turtle Recovery to retrieve the sea turtles and bring them to STR’s hospital. It was a group effort that continued night and day, but the fear is that this year is going to be the worst yet.

“Last year we had record-setting numbers of live Green Sea Turtles,” said Deerr. “Based on nesting cycles, its predicted that there are more juvenile Kemp’s Ridley Sea Turtles also foraging along our coast this year. If cold ocean currents move south before these sea turtle migrate, it will be devastating.”

The Kemp’s Ridley sea turtle is critically endangered, just one step away from being considered extinct in the wild. The species, named for Richard Moore Kemp who identified the species in Key West in the mid-1800s, is the smallest of all sea turtle species, measuring just 23 to 28-inches across the carapace as an adult. Green sea turtles are also endangered, primarily due to real estate development along the oceanfront leading to lost nesting habitat. 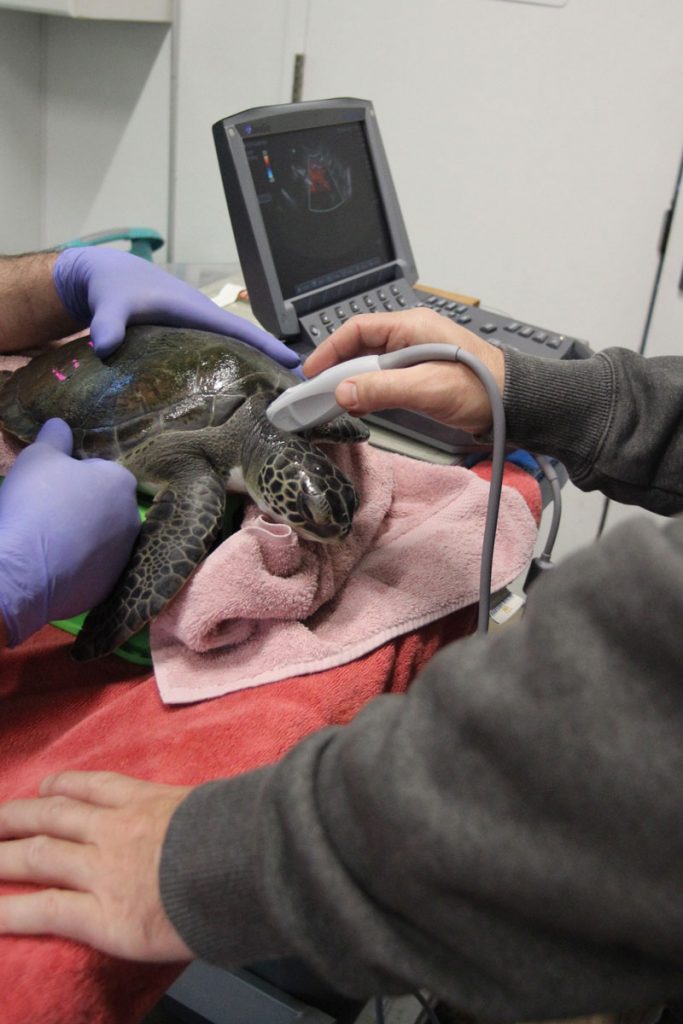 In New Jersey, the turtles are at their greatest risk from the fall temperature change. Sea Turtle Recovery is asking anyone living along or utilizing New Jersey’s ocean front and bays this fall to report any sea turtle, dead or live, to an NOAA hotline at 866-755-NOAA, or the stranding center at 609-266-0538. If you find a turtle, the experts advise against trying to warm it, as it can lead to shock.

“Report the turtle first to receive proper instructions on how to prevent further injury,” the group said in an announcement. “Upon receiving the sea turtles, STR will begin life saving measures and treatments.”

For those who live in North Jersey and still want to support the effort to help the sea turtle population, Essex County Turtle Back Zoo will be offering a Sea Turtle Recovery after-hours charity event on Oct. 17. Tickets for the evening at the zoo will go to help Sea Turtle Recovery’s efforts. To donate or find out more information about the event go to SeaTurtleRecovery.org.