Andy Kim Calls for ‘Immediate’ Removal of Trump From Office 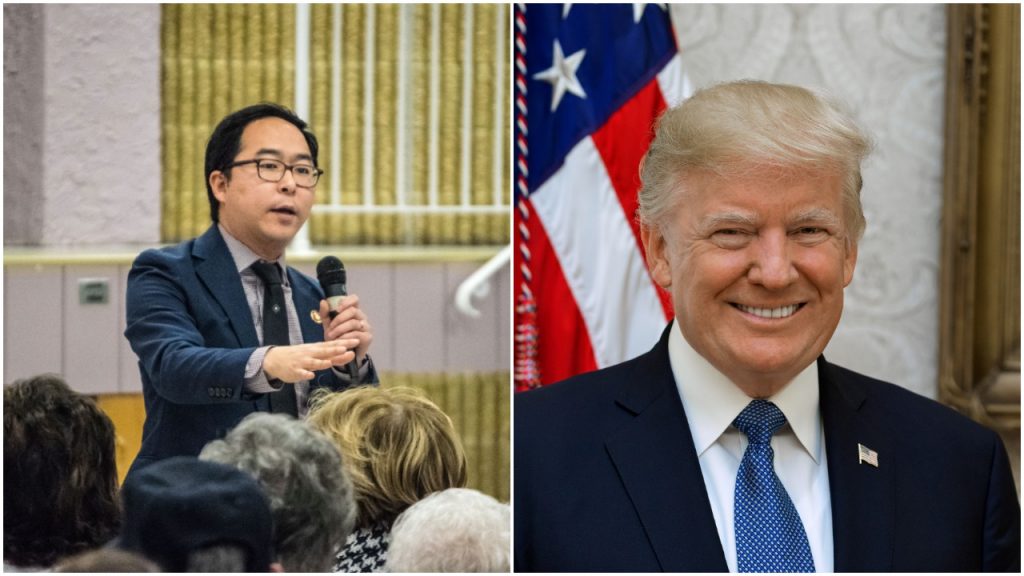 U.S. Rep. Andy Kim (D-3) on Thursday night issued a statement calling for President Donald Trump to be removed from office, a day after a protest over potential election irregularities led to a breach in security at the United States capitol, resulting in an interruption of the certification of the 2020 election and the shooting death of one protester.

“Over the past twenty-four hours, I’ve had a chance to reflect on yesterday’s events,” Kim, who was re-elected to a second term in November, said. “Our democracy is a fragile thing. We’ve seen it tested repeatedly across our history; yesterday was one of those moments in which it was brought to the brink.”

Kim described the protest as “a violent insurrection” that was the “direct result of actions by President Trump.”


“His urging of actions that put our basic institutions at risk directly contradicts the oath he swore as President,” Kim went on to say.

Kim, whose district is divided between the overwhelmingly Republican Ocean County and Democratic Burlington County, is sure to draw both controversy and praise for his stance. During the summer of 2020, Kim praised Black Lives Matter protests in Lacey and Moorestown, which were peaceful despite others that had turned violent throughout the country.

“We have run out of patience and this is about finding that change now,” Kim said at the Moorestown rally. “Your energy gives me energy, and your energy gives our country energy.”

Kim, in his statement, did not offer a preference as to how Trump should be removed, instead saying that, “Our Constitution provides our government with options in these perilous times.”

Critics of the president have suggested a rapid impeachment process or having officials within the administration invoke the 25th amendment to oust Trump from office.

“If we don’t act decisively and aggressively, we risk sending a message to future presidents and generations that such dangerous behavior is allowable,” Kim said. “We must draw a clear line that these actions from the President are, and will always be, unacceptable. This can never happen again.”

Kim called on both Republicans and Democrats to organize against Trump.

“It’s imperative that we come together – not just as Democrats and Republicans, but as Americans – to stand up for the health of our democracy and sanctity of our Constitution and remove President Trump from office immediately,” the statement said.

President Trump has 13 days remaining in his term.