Brick School Board Swears in Two New Members, Reorganizes for 2021 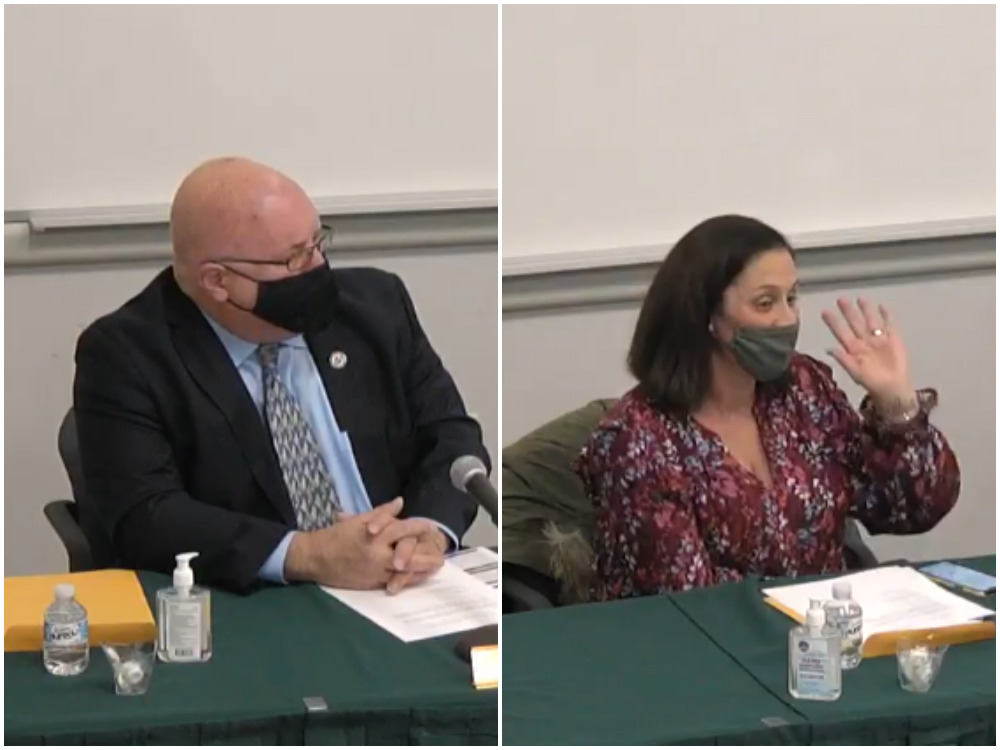 After a strong voter turnout and an election that was won by a razor-thin margin, Brick Township’s Board of Education swore in two new members for fresh, three-year terms.

Melissa Parker received the most votes in November’s school board election, attracting 13,543 supporters. Michael Blandina initially was reported to have come in third by just a few votes, and sought a recount. Superior Court Judge Craig Wellerson ordered the recount in late November, which ultimately resulted in Blandina’s win against incumbent Jessica Clayton. Blandina received 12,977 votes compared to Clayton’s 12,963.

Both of the new board members, neither of whom were incumbents or previously served on the board, were sworn in at a meeting held Thursday night. The swearing-in took place in person at the district’s central office, but most watched a live stream of the meeting via YouTube.


Parker said she became politically active after the state cut millions of dollars in school funding from Brick Township. The cuts, which are the subject of ongoing litigation, slash about $21 million over seven years from the district. The same legislation that spurred the cuts, a result of a deal between Gov. Phil Murphy and Senate President Steve Sweeney, also mandate maximum tax increases to the state’s 2 percent cap every year. Even with the tax increases, however, the funding will not reach its pre-legislation levels.

“It’s surreal to think that on this day last year I was at a rally in Toms River representing the children of Brick,” said Parker. “My mom once told me that no one will ever advocate for your kids the way you do. Everything I do is for my kids, and I hope I make them as proud as they make me.”

Blandina, who has previously served as a Brick Township Municipal Utilities Authority commissioner and Democratic party chair, pledged to work hard for taxpayers and parents.

“I consider myself a Brick Township boy,” he said. “I grew up in this town, went through this school system, saw it grow, and saw what didn’t grow over that time.”

“I’m willing and ready to go to work with this team up here and central administration,” he continued. “My mother told me, ‘do it right or don’t do it at all.’ That’s how I live my life and that’s what I intend to do here.”