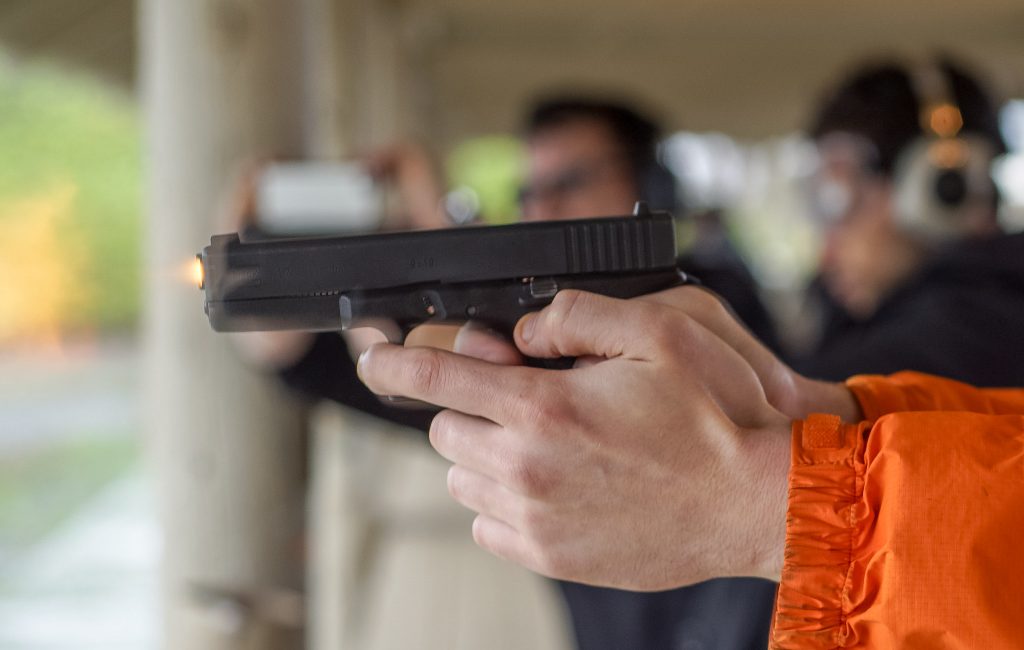 A gun being fired at a range. (Credit: Peretz Partensky/ Flickr)

Permits to purchase firearms have skyrocketed in Brick Township since the coronavirus pandemic and civil unrest that followed began last year, keeping in line with national trends. Locally, however, some would-be gun owners are upset that their applications are taking longer than usual to be approved while the state is facing lawsuits over its tough gun control laws.

Brick normally sees between 750 and 800 firearms purchasing permits filed each year. In 2020, the township saw “well over” 3,000 firearms permits in 2020. New Jersey has, primarily, two different permits gun owners are required to obtain: a general firearms purchasing permit and a permit for each handgun transferred in the state. It falls, ultimately, to local police departments to process the permits after a background check. Even calculating conservatively, the increase amounts to a 300 percent jump in the number of permit applications.

“It was the most-ever gun permits applied for, by far,” said Mayor John Ducey.


Brick’s numbers closely follow state and national trends. In October, NBC News reported that firearms purchases were skyrocketing nationally, with 40 percent of the sales driven by first-time buyers. About 5 million Americans purchased a gun for the first time in 2020. Similarly, the Asbury Park Press reported in November that firearm applications across New Jersey, specifically, increased more than 430% from June through August over 2019.

In Brick, permits were normally processed within 30 days before the events of 2020, Ducey said. But after being flooded with applications, the police department notified purchasers that it would take four months to process applications.

New Jersey’s gun control laws, which are among the toughest in the nation, largely prevent the average citizen from being able to carry a weapon concealed for self-protection. While polls have indicated a majority of New Jerseyans prefer the laws to stay in place, a growing number of residents call them draconian, and the state is now facing multiple lawsuits to allow concealed carry.

The most prominent was filed in November. The suit, filed by the Second Amendment Foundation, the Firearms Policy Coalition and the New Jersey 2nd Amendment Society, calls the state’s laws in the area of concealed carry “oppressive” and prevent residents from exercising their “fundamental, individual right to bear loaded, operable handguns outside the home.”

New Jersey utilizes a “justifiable need” standard for carry permits, requiring that – except for active and retired law enforcement and those with risky occupations such as armored truck drivers – a person prove that self-protection is necessary, the need for the protection is urgent, and no alternative to carrying a firearm exists to satisfy the need for protection. Even if the justifiable need is approved by the local police department, the process must be repeated before a Superior Court judge.

Gunmaker Smith & Wesson filed its own lawsuit last month after the state ordered the company to turn over records about how it advertises products to residents. A third lawsuit challenges the state’s process to allow retired police officers to obtain guns and carry them concealed.