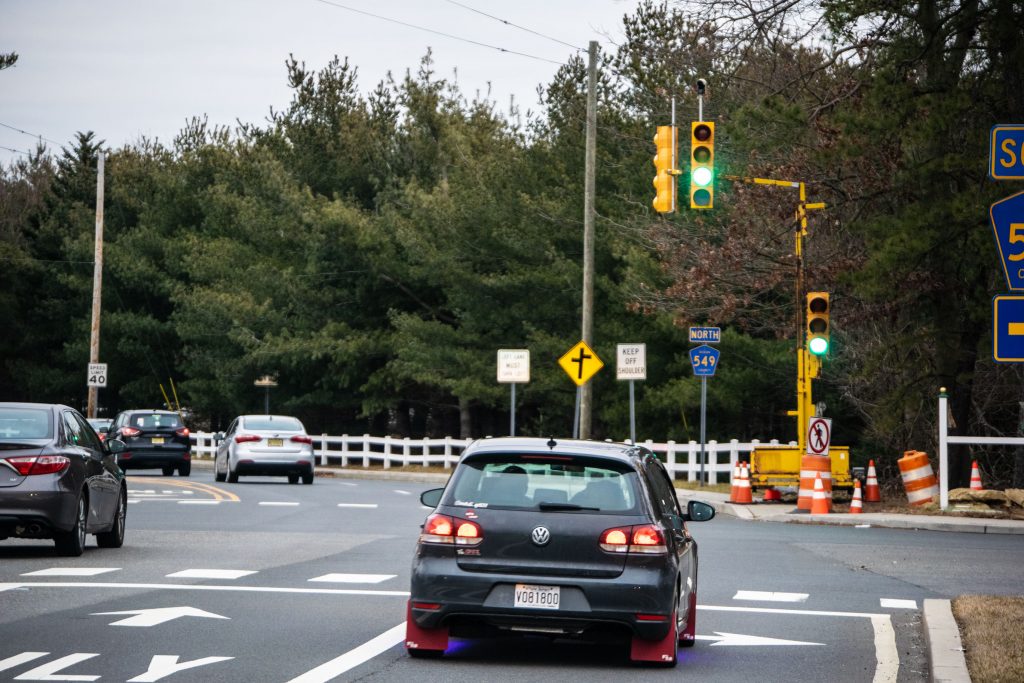 A temporary traffic signal device that has been present on Lanes Mill Road in Brick for more than a year is finally ready to be replaced by a permanent light fixture.

The Ocean County Board of Commissioners will award a contract next week to build a new light at the intersection of Lanes Mill and the entrance to the Garden State Parkway, adjacent to the shopping plaza that houses Welsh Farms and Tacoholics. The temporary light, which sits atop an industrial-style stanchion that is normally used in traffic construction, has been repeatedly brought up by township residents as an eyesore. A number of construction barrels and cones surround it.

County Engineer John Ernst said the temporary fixture was placed at the intersection after multiple accidents occurred involving a permanent traffic light that had previously been located there. The contract the county is awarding will set the light pole back from the road in order to avoid being struct by vehicles that are turning or otherwise leave the road. 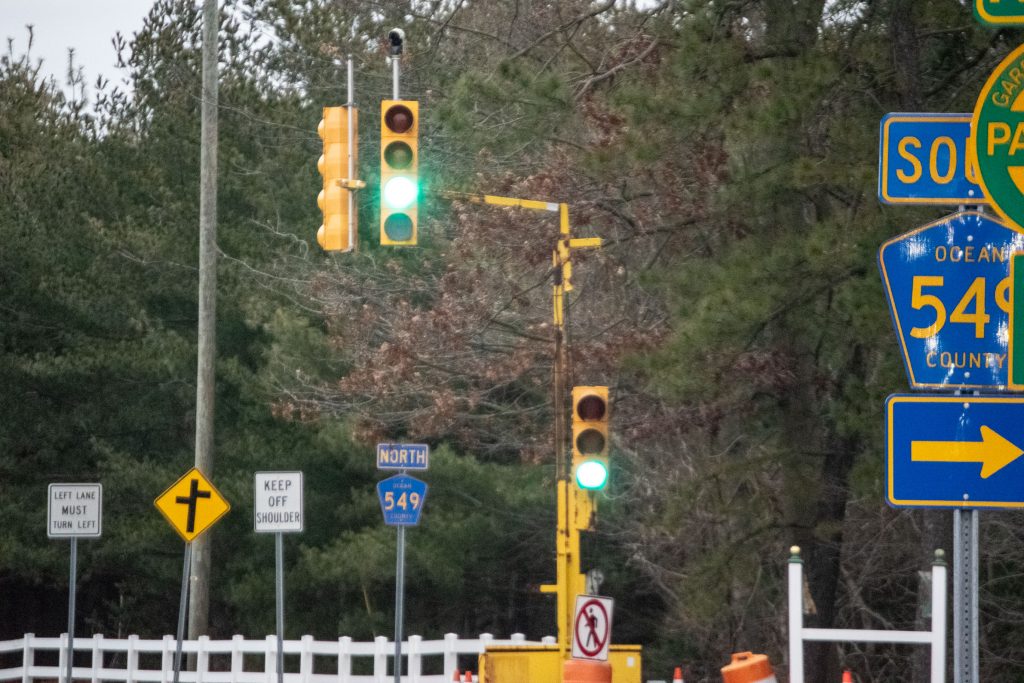 “We have a signal pole that’s been hit several times, and we have a contract out to replace it, farther back, so it will no longer get hit,” Ernst said.

The commissioners will award the contract at their Feb. 4 meeting.