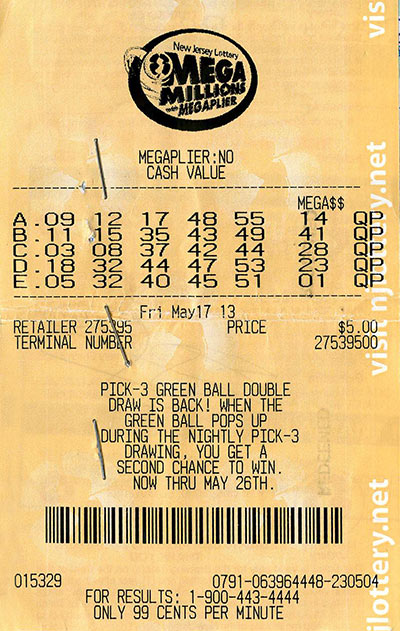 In New Jersey, there was one second-tier prizewinning ticket sold for the Friday, January 22, drawing that matched five of the five white balls drawn winning the $1,000,000 prize. The ticket was purchased at:


The jackpot was the second-largest in the game’s history and one of the largest-ever lottery jackpots in American history. There was a single grand prize winning ticket from Michigan.

There were ten third-tier prizewinning tickets sold that matched four of the five white balls and the gold ball winning $10,000. None were sold locally.

In addition to the second and third-tier prizes won, 236 players matched four of the five white balls drawn making each ticket worth $500. Fifteen of those tickets were purchased with the Megaplier option, multiplying the prizes to $1,000. Moreover, 389,264 other New Jersey players took home $1,455,848 in prizes ranging from $2 to $400.