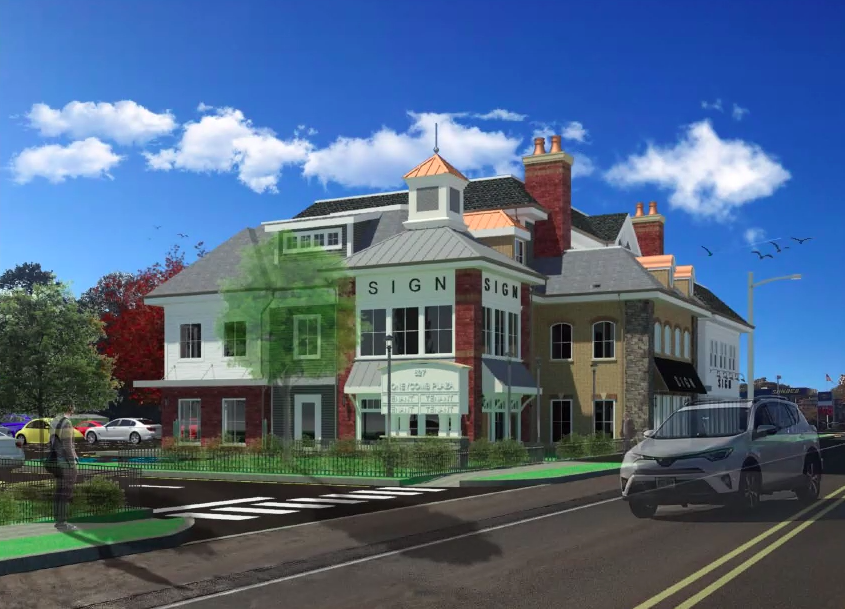 The Brick Township planning board on Wednesday night unanimously approved a major investment into the Mantoloking Road corridor which will transform a beleaguered commercial property into a modern, three-story mixed use structure.

“Honeycomb Plaza,” as it will be called, will be located at 627 Mantoloking Road. The building currently occupying the parcel is a vacant, two-story commercial structure that contains 7,714 square feet of space. Its new owner, Anthony Odunlami, plans to keep the current building in place, but heavily renovate it inside and out, add a third floor and two “towers” that will contain two, two-bedroom residential apartments. The building, as proposed, is an allowable use in the township’s new Village Zone, which seeks to revitalize some of Brick’s heavily-traveled thoroughfares with modern, mixed-use development. 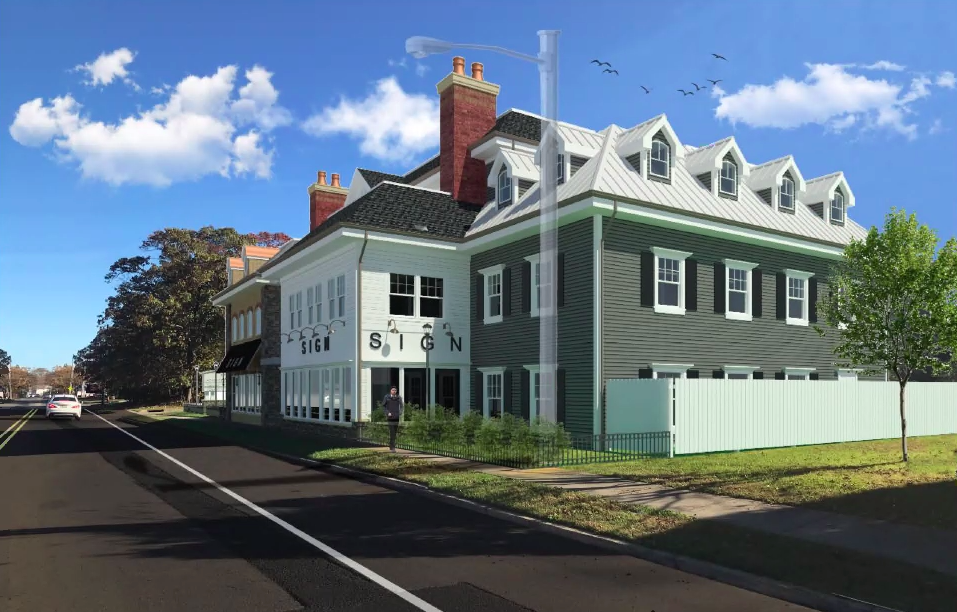 Rumors that the building will be converted into a medical clinic are untrue, said John Jackson, who represented Odunlami at the hearing. The rumors apparently arose from the fact that Odunlami’s brother is a physician who owns an inpatient drug rehabilitation center in another town.

“He has no intention to put a clinic-type use in here,” Jackson told board members, offering to make non-medical uses a stipulation of approval.

The tenants of the building are not yet known. There will be two floors of space that will continue to be available for tenants, raising the total amount available to 11,800 square feet, according to project architect Dan Governale.

“That can be subdivided, or if we do get one large tenant they would be able to function as one building,” Governale said.

The project only required minor variances for approval since it conforms to the zone in which the property is located. One was for the median height of the building – 37 feet instead of 35 feet, as normally required – and others were largely de minimis exceptions required due to the odd shape of the lot. 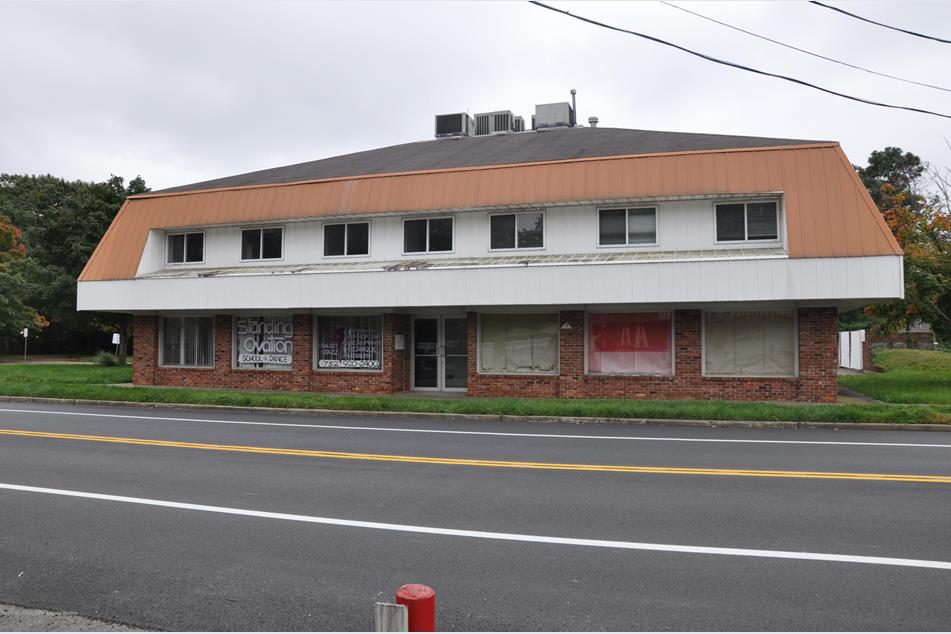 The site currently houses 53 parking spaces, which will remain. The parking lots will be repaved, striped and upgraded with new landscaping a lighting, said Charles Lindstrom, engineer and planner for the project. He testified that, when completed, the building will serve as an example of why township officials created the village zone.

“Mantoloking Road is a major corridor,” said Lindstrom. “It connects the barrier island to the mainland, and the ordinances are set up so this corridor can be upgraded. This is certainly an upgrade to what is existing there, and it is all in compliance with the zone.” 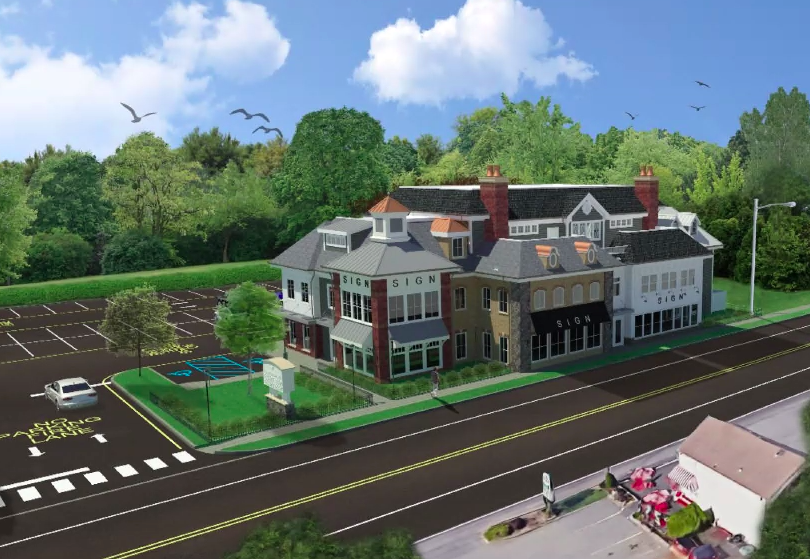 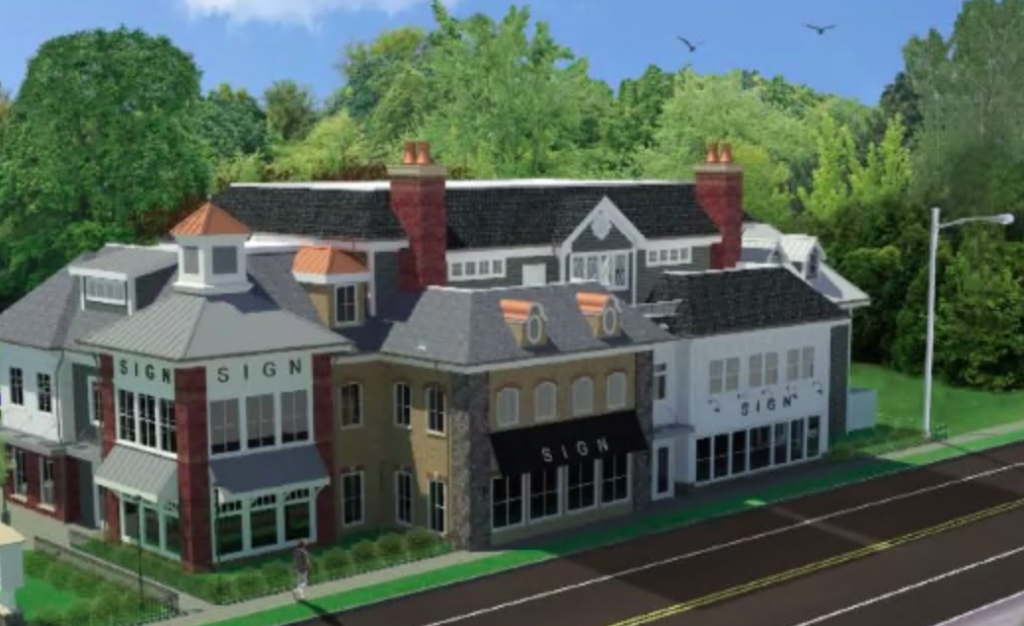 The residential apartments will each be 1,600 square feet, Governale said. The two units will have their own entrances and will feature modern security systems, plus an elevator.

“Residents can come in and not mix with the business side of the building,” said Governale. “The elevator will have a key card control and have a private, express elevator to the third floor.”

The units will also come with their own laundry rooms and will feature a third floor deck.

“It is a well-lit, open space,” Governale said of the apartments. “They are of ample size and quite generous in terms of scale to allow for optimal living.”

There will be a common hallway that splits the two apartments and leads to a mechanical room which is shielded from view of both residents and those looking at the property from the street.

“We’re bringing a downtown feel into this site,” Governale said.

The board approved the project in a unanimous vote following the approximately 90 minute-long hearing.