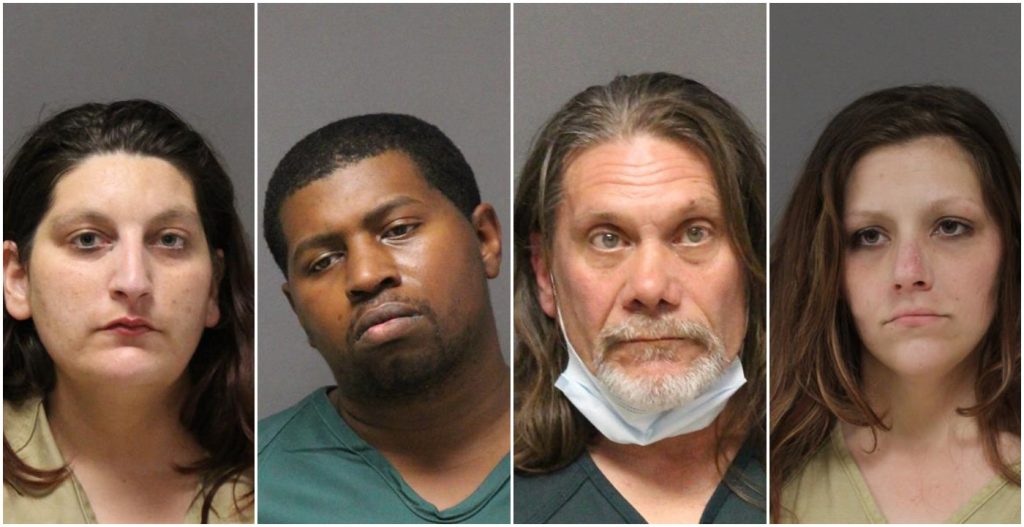 Detectives from the Brick Township Police Department’s Street Crimes Unit arrested five people in the span of an hour Friday, allegedly involved in two separate drug deals in the parking lot of one of the township’s Wawa stores.

According to a statement from police, detectives made the arrests after 11:30 a.m. Friday near the Wawa at 116 Brick Boulevard.

In the first incident, the detectives observed a woman, later identified as Shayna Palmieri, 31, of Toms River, exit her parked vehicle and enter the passenger side of another vehicle with one male occupant, police said. That man was later identified as D’andre Tubbs, 33, of Toms River. The two were “observed conducting what appeared to be a drug transaction,” and a subsequent motor vehicle stop led to the discovery of 200 wax folds of heroin and 10 Xanax pills, according to police

Less than an hour later, another detective from the Street Crimes unit observed the occupant of a white sedan allegedly engaged in a hand-to-hand transaction with the occupants of another vehicle. Another motor vehicle stop was conducted which resulted in the arrest of three people for drug-related crimes.

Detectives seized the U.S. currency and the vehicle. Lewicki’s photograph was not available.