Chunk The Brick Golden Retriever, Lost at F-Cove, Has Been Found by State Troopers 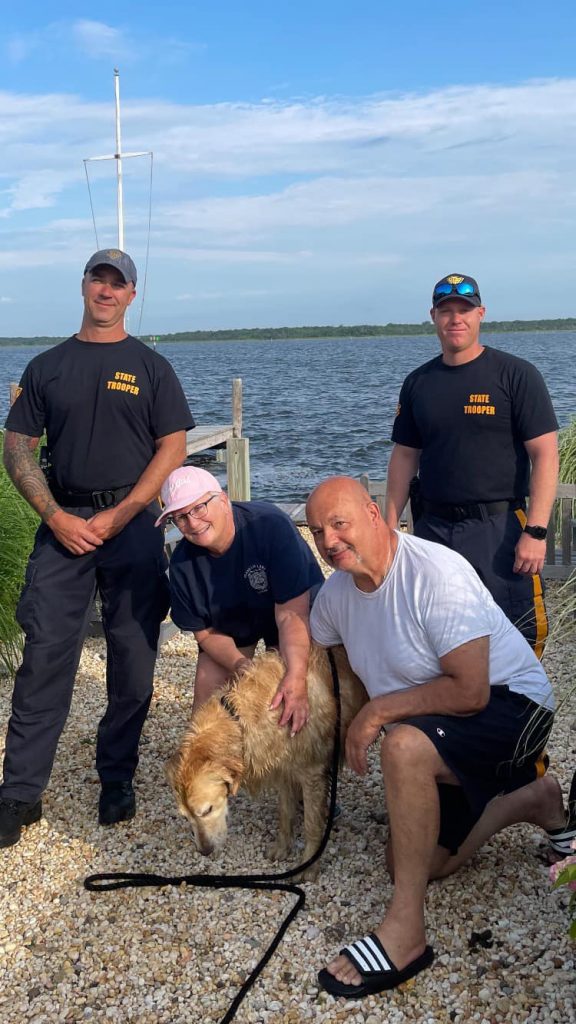 A four-legged Brick resident who’s had a rough week is back, safe at home, after being spotted troopers from the New Jersey State Police marine services division on patrol in Barnegat Bay.

Chunk, a Golden Retriever, went missing at F-Cove June 6 after getting away from his family’s boat. The family launched an exhaustive search in the week that followed, peppering social media with posts and hanging signs around the neighborhood. After another weekend went by without Chunk being found, some were fearing the worst – but then Tuesday morning rolled around.

Earlier this morning, Troopers Ryan Koehler and Vincent Ferdinandi, of Point Pleasant Station, located a Golden Retriever that was ultimately turned out to be Chunk.


The troopers were preparing for their shift when they were dispatched to the area report of a dog swimming in Barnegat Bay. Koehler and Ferdinandi responded in a vessel and located Chunk, who was swimming in the area of the Mantoloking Bridge, and were able to bring him safely to shore.

Chunk, who is three years old, was missing for more than two weeks.

“Needless to say he was ecstatic to be reunited with his grateful owners,” state police said in an announcement.