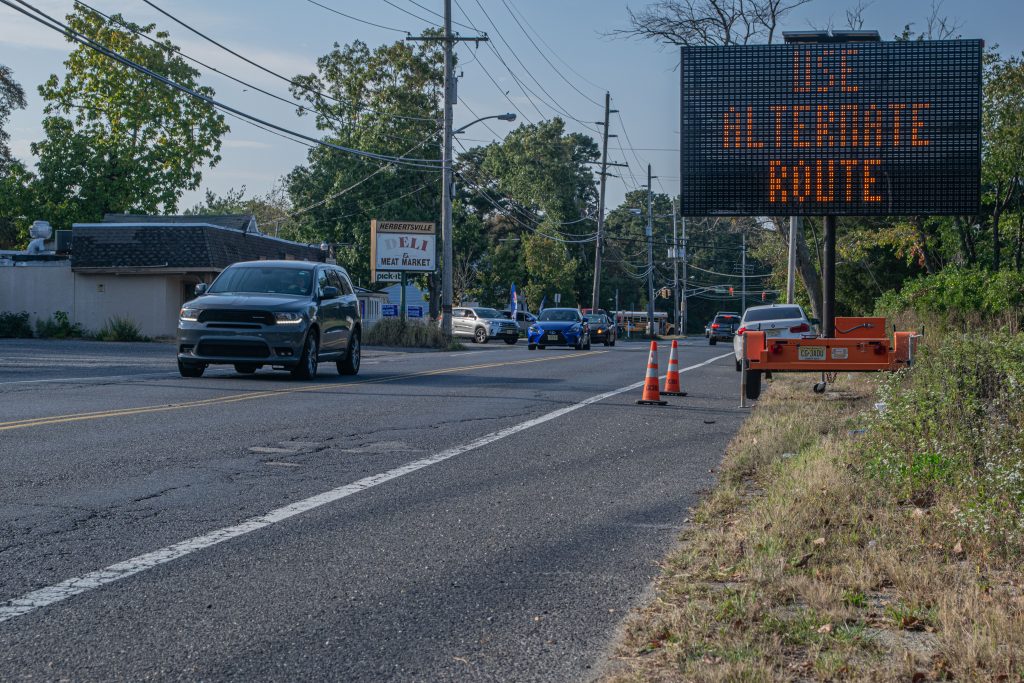 County officials began preparing for a road repair project along Herbertsville Road in Brick last week in anticipation of the start of detours come Monday.

Messaging signs as well as fixed-post signage along the road announced that a portion of the busy thoroughfare will be closed for several days for a milling and paving project. The road will receive a full repaving between the area next the Herbertsville Fire Company house to Sawmill Creek, which crosses Herbertsville Road near the Havens Farm historical center. Detours will route traffic around this area of the roadway using other main roads, such as Maple Avenue, Burnt Tavern Road and Lanes Mill Road. 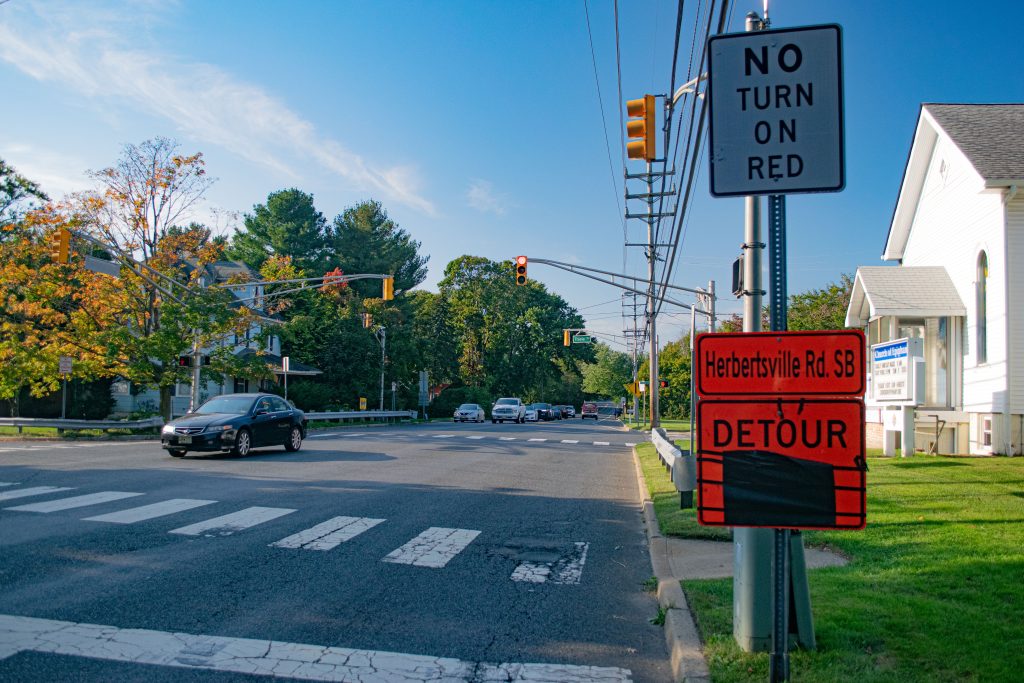 A half-mile section of the road was opened in Jan. 2020 to expose a trench during a project in which the county replaced more than 2,200 feet of drainage pipe. Since then, motorists have complained that the thoroughfare has significantly deteriorated, leading to pot holes and uneven surfaces that have rattled vehicles. Following a recent inspection, County Engineer John Ernst ordered Herbertsville Road to be added to a project that already saw the repaving of nearby Sally Ike Road.

While this limited project to repair the portion of the road affected by the 2020 construction project will occur immediately – before the winter season takes its annual toll on roadways – a much larger project is in the works for 2022.

“We’ll come in next year when we get our full surfacing project out to bid and we’ll tie into it on both sides and continue to the rest of Herbertsville,” Ernst told Shorebeat. “From Route 70 to Sally Ike Road.”