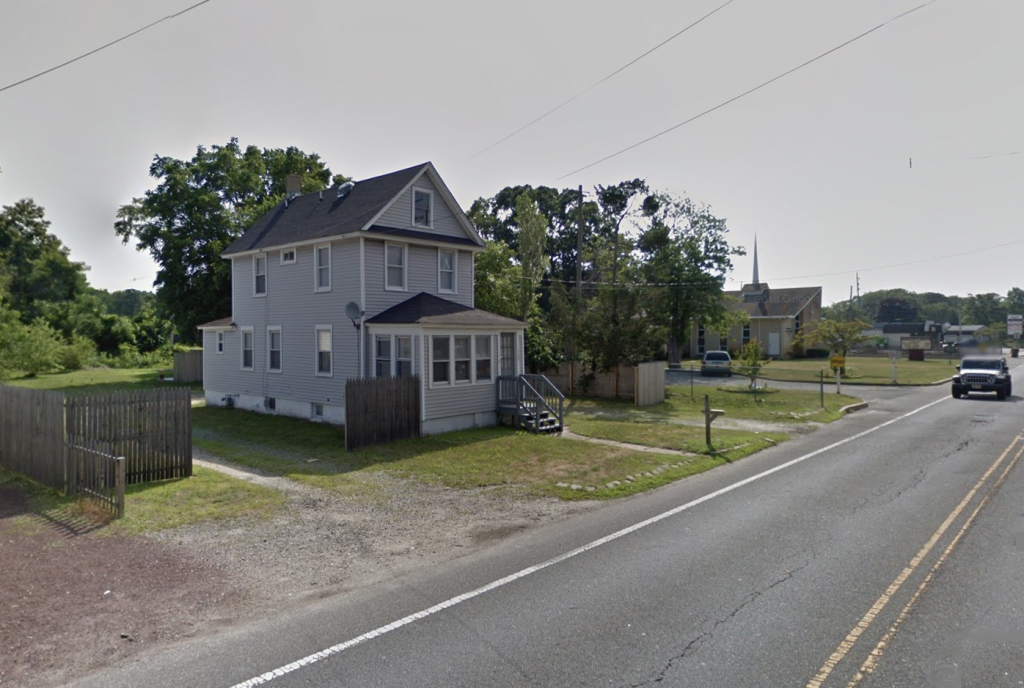 Taking advantage of the new Village Zone ordinance that allows for mixed use development along a number of main thoroughfares in the township, a third property owner is seeking to expand a residential parcel on Drum Point Road. The township’s planning board has already approved two similar projects, and the three Drum Point property owners are so far the only in town to apply under the Village Zone allowances.

KH & PF Property, Inc. will appear before the planning board Oct. 27 seeking preliminary and final major site plan approval to construct one commercial unit, described as a “tradesman shop,” to be located in the rear of the existing single-family residential unit. The plan includes parking, sidewalk, driveway, lighting, and landscaping improvements.

This property is located in the Village Zone at 360 Drum Point Road, just west of the Adamston Road intersection next to the Osbornville Baptist Church. The property is currently developed only with the single residential home.


The application is straightforward, as no specific variances were requested. The company’s attorney, however, left open the possibility of reaffirming any old or existing variances that had been granted in years past in the township’s records, if necessary.

Proposals to build mixed-use development consisting of a combination of residential space mated to trade-oriented work space has become something of a trend along Drum Point Road. The Village Zone, however, also covers large swaths of frontage along Herbertsville and Mantoloking roads. Officials at the time of the passage of the ordinance said the three roadways had always housed mixed-use properties, however some were historical and some proliferated without proper permitting over the years. Creating the zone was a step toward regulating and legitimizing the mixed-use development nature along the three arteries and provide a shot in the arm to businesses that could benefit from such a layout.

The hearing will be held at the planning board’s next regular meeting, which will take place Oct. 27 at 7 p.m. in the township municipal complex.