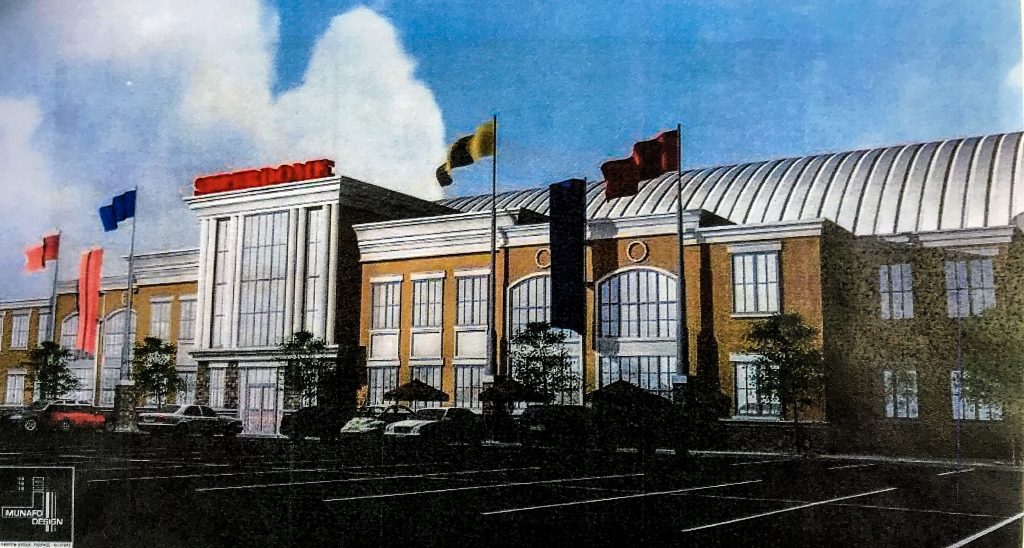 Brick Mayor John Ducey and several of his Democratic colleagues on the township council found themselves on the defensive at a council meeting Tuesday night, with the governing body ultimately passing a major tax exemption measure that will pave the way for private financing for a planned “sports dome” to be built at the former Foodtown property on Route 70.

Under questioning from members of the public during a legally-required hearing before the tax exemption was passed in a 5-1 vote, officials admitted that the sports dome property would see an approximately $200,000 tax cut under the exemption program, compared to traditional taxation, and the requested 30-year exemption period was not required by state law.

Still, Ducey and several council members said they felt the addition of the sports dome is worth the tax compromise, especially with the site having been vacant for well over a decade and off the tax rolls entirely. Ducey reiterated that, during the summer, a number of minority partners in the sports dome project approached him about the financial solvency of what was then HFZ Brick LLC, the developer of the site. The major investors in HFZ Brick, apparently, were exposed to significant losses during the coronavirus pandemic since their investments in residential real estate were negatively affected by federal and state rent moratoriums. HFZ Brick ultimate disbanded as a company, leading the remaining investors – including Peter Tasca, who would be the day-to-day operator of the site – to form a new company called “LPC Sports II Urban Renewal LLC.”


The new company, Ducey said, was unable to find a willing financier to fund the project under the financial conditions to which the former company agreed. Financing would be feasible, however, if the township were to decrease the property’s tax obligation. Ultimately, LPC Sports II requested a 30-year tax exemption for its half of the Foodtown property, which uses metrics including a percentage of project revenue or a percentage of project cost, plus periodic escalators, to determine a payment in lieu of taxes, or PILOT, which would be submitted to the township annually instead of a traditional property tax payment. 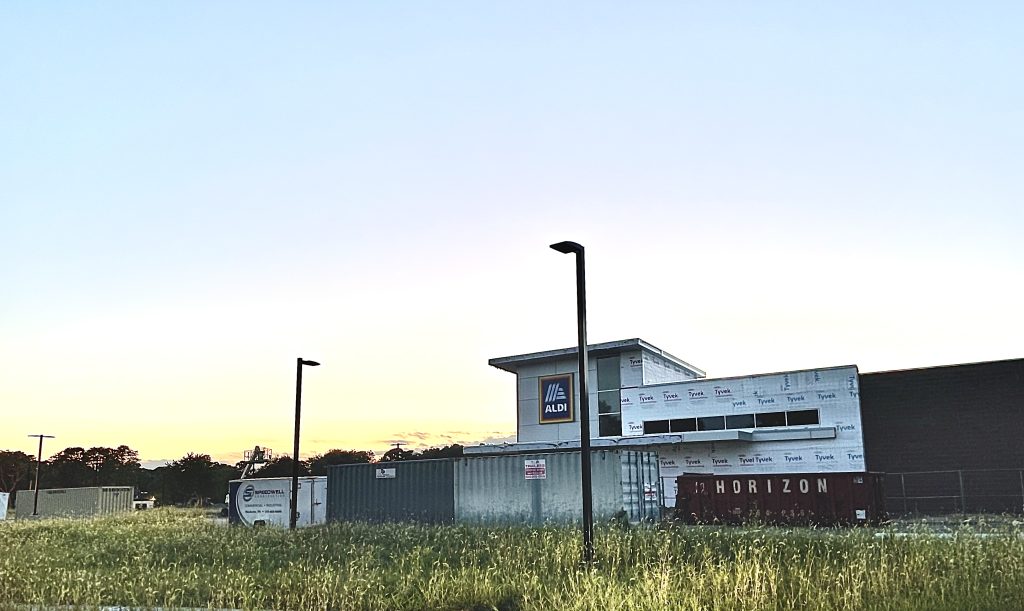 Shorebeat has requested a copy of the company’s application for a tax exemption as well as the accompanying financial agreement under the state’s Open Public Records Act. The documents were not available alongside the agenda for Tuesday night’s council meeting, leading to some criticism.

A figure included in the text of the ordinance authorizing the exemption indicated the annual tax bill would amount to $280,000 over the 30-year period. This figure, however, is based on an actuarial table which takes into account the totality of the payments that LPC Sports II will make over the three-decade period. For the coming year, the sports dome property is estimated to have generated about $350,000 in property tax revenue shared between the township, school district and county under the traditional method. Under the exemption, the company will pay $148,799. Of that figure, 95 percent will go to the municipal government, 5 percent will be retained by the county government, and no revenue will be generated for the school district. The district, however, will benefit from an arrangement in which it will have access to sports facilities. The details of that agreement were not clear, and may be included in the finance agreement document which Shorebeat has requested.

Based on the $350,000 figure, LPC Sports II will receive $201,201 in tax relief in the coming year. The agreement includes a number of escalators which will incrementally increase the agreed-upon payment over time, eventually rising to 16 percent of gross revenue, and further escalators that address additional payments should the sports dome generate more revenue than forecast by the township’s financial consultants.

“If there’s no deal, there’s no sports dome, and then we’re going to be dealing with the developer,” said Ducey, predicting uses unfavorable to many township residents, such as housing or mixed-use property, would be proposed for the site. “Experts looked at it. They looked at the numbers and projections, and it’s necessary. Without this, it doesn’t happen.”

Ducey pointed out that the project fit the state’s qualification criteria for a tax exemption, but some residents who attended the meeting urged the council to hold off on the exemption approval so more time could be provided for public scrutiny.

“These people came, they said it would be wonderful for Brick – well, you either have the money or you don’t,” said resident George Scott. “The onus shouldn’t be on the taxpayers of Brick. How do you let us let you vote without giving us the information?”

Kevin P. McManimon, the township’s redevelopment attorney, said in response to a question from Scott that there is no law dictating an exemption must last 30 years, however that is common – almost uniformly – industry practice when dealing with municipal tax exemptions.

“The long-term tax exemption law is used very commonly all over the state,” said McManimon. “I work on it, in some way, almost every day, five days a week.”

The commonality of exemptions was not enough to satisfy Vic Fanelli, another resident who spoke at the meeting.

“To me, this just doesn’t seem right that the township will keep 95 percent of the money for 30 years, the county gets their percentage, and the school district – which is already getting their funding cut – gets zippo for 30 years,” he said.

“At least with the sports dome, they’re getting use of the facilities,” replied Councilwoman Lisa Crate, reiterating that the project would die if not for the exemption.

Ducey emphasized the positive aspects of the project, including the fact that Brick residents, he said, have been calling for an athletic facility to be built in town for many years. The Foodtown site, after the supermarket first exited, was floated as a potential site for a township-run community center. That idea gave way to an ill-fated attempt to purchase the Ocean Ice Palace skating rink, with the Foodtown site eventually being declared an area in need of redevelopment. A full-service hotel was later proposed for the site but, ironically, could not obtain financing. After a roundly-rejected proposal to build townhouses and apartments on the property, Ducey canceled an agreement with developer Jack Morris early in his term, and eventually reached an agreement under which Morris would develop half the site with a supermarket (Aldi) and retail, with the rear half being developed with a sports dome by the group led by Tasca.

The tax exemption only applies to the sports dome half of the property, Ducey said, not the Aldi supermarket or other commercial aspects. Ducey also said he would not have favored such an exemption for residential property, given potential impact on the school district, but a sports complex was another matter.

“I’ve heard from a lot of people who can’t wait for this sports dome to come,” the mayor would later say.

“Everybody has wanted that sports dome, and it’s an awesome thing,” he added, after residents had spoken. “I was never a fan of PILOTs, but then when it came to it, and this was the only way to get the project done, it was a no-brainer. It’s part of the state’s toolkit.”

Ducey said when shovels touch the ground, the sports dome would likely be the “biggest groundbreaking in the history of Brick.”

“The vote to do this PILOT and have this sports dome come here to Brick – it’s going to be a jewel, a centerpiece, and this is an exciting night for Brick Township,” he said.

The council voted 5-1 to authorize the tax exemption. Councilman Perry Albanese, the lone Republican member of the governing body, cast the sole ‘no’ vote. Councilwoman Marianna Pontoriero was not present at the time of the vote.