The Jersey Shore’s Coast Guard Air Station Is Getting New Helicopters: Check Them Out

The sight of a bright red MH-65 Dolphin helicopter flying low along the oceanfront has given Jersey Shore residents a bit of a beachscape bonus for many years – and for those who find themselves imperiled at sea, a literal lifeline between survival and becoming lost to the vast ocean.

The Dolphin, in many other parts of the world, is called the “Dauphine.” Its first generation was produced in France by Aerospatiale to replace the venerable Sikorski HH-52 SeaGuard. Aerospatiale eventually became a key member of the consortium of companies that went on to form Airbus, and today a much-upgraded version is known as the Eurocopter AS-365. Variants have been developed for military use worldwide, including an attack role in Chinese service. 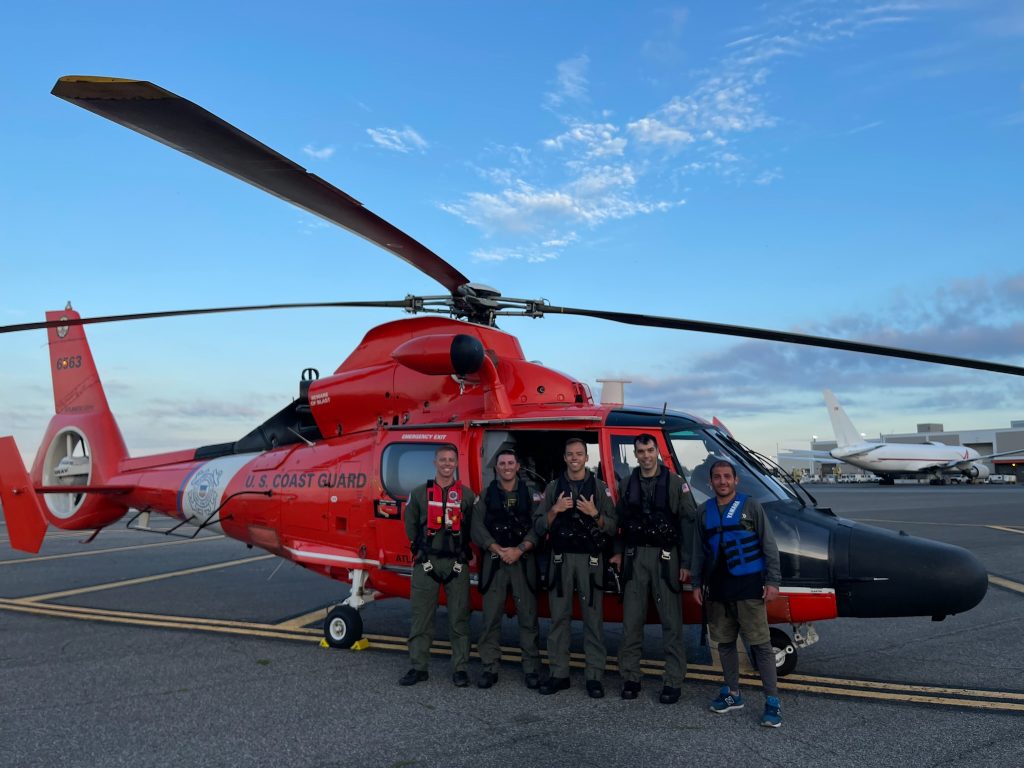 The Dolphin, at heart, is a search-and-rescue helicopter. In U.S. Coast Guard service, air stations are equipped either with the Dolphin or the Jayhawk – a bespoke Coast Guard variant of its better-known cousin, the UH-60 Black Hawk. Only two stations – Clearwater, Fla., and Kodiak, AK – field both simultaneously. Locally, Coast Guard Air Station Atlantic City fields the Dolphin, which is faster than the Jayhawk and can land on a wider variety of cutters for refueling. The Jayhawk is larger, and has a longer range, hence why it is utilized at stations where calls are more likely to come from far-flung corners of the Gulf of Mexico or Bering Sea, for example.

Coast Guard pilots at the Jersey Shore have begun receiving the latest variant of the Dolphin family, the MH-65E. The first airframe was delivered to Air Station Atlantic City, located at Atlantic City International Airport, a few weeks ago – and crews have been undergoing training and familiarization with the helicopter’s significantly upgraded technology for some time. The MH-65D fleet, which is currently being flown, will be gradually withdrawn from service so they can be upgraded. 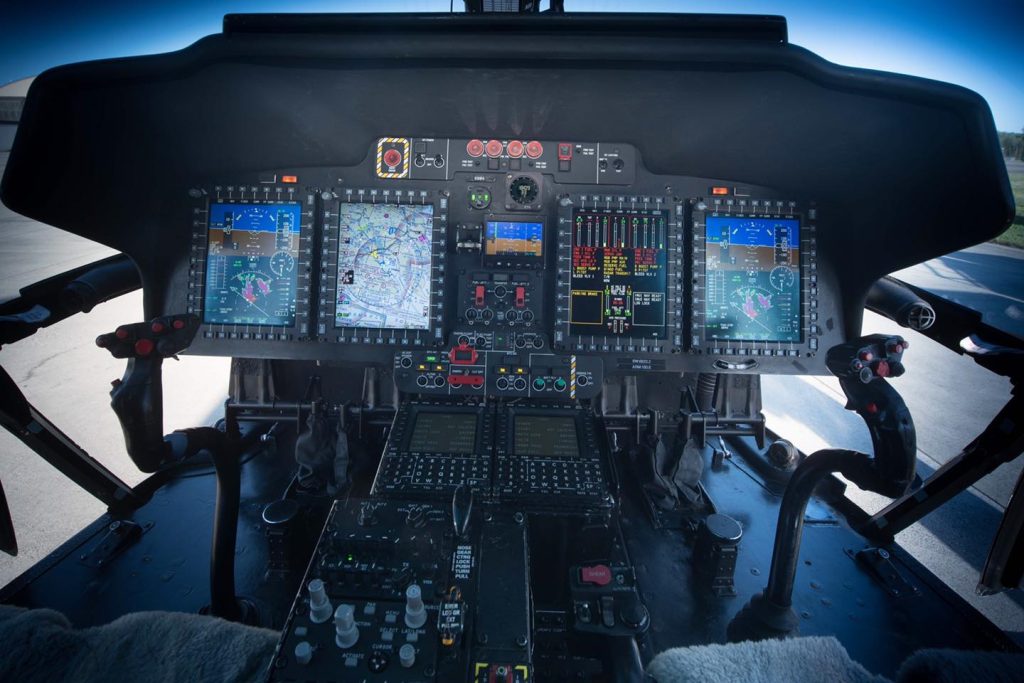 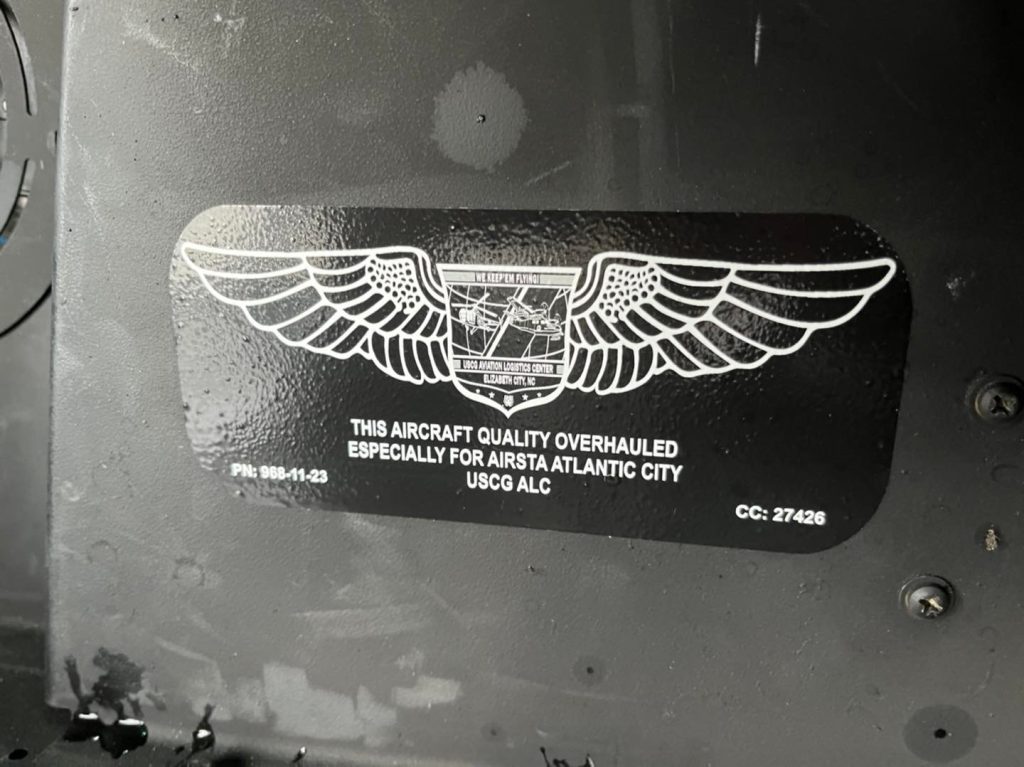 The avionics upgrade to the “E” variant – known colloquially as the “Echo” – will provide enhanced search and rescue capabilities, including modern “glass cockpit” technology that increases pilot and aircrew situational awareness. The Dolphin upgrades also include reliability and capability improvements for the automatic flight control system, enhanced digital weather and surface radar, and multifunctional displays with more accurate fuel calculations. The Echo is expected to remain in service until the late 2030s.

“The upgrades and advanced training will enhance the situational awareness of our aircrews and improve mission planning capabilities aboard the Coast Guard’s most prolific rotary-wing asset,” said Cmdr. Christian Polyak, engineering officer at Air Station Atlantic City. “The replacement and inspection of key aircraft components as a part of the upgrade are also expected to extend the aircraft’s service-life and enable us to continue safeguarding and securing our coasts for years to come.”

The transition of Air Station Atlantic City’s 12 MH-65D helicopters to the upgraded “E” configuration is expected to take approximately 10 months. During the upgrade period, the unit’s 62 pilots and 104 aircrew members will undergo a three-week transition course at the Aviation Training Center in Mobile, Alabama. Aircrew and mechanics will undergo formal training specific to their roles and duties during the course.

Air Station Atlantic City is best known for its search-and-rescue missions, often captured on camera, in which rescue swimmers brave storms, distance and uncertainty to save lives on imperiled commercial fishing boats, recreational anglers who find themselves in trouble, and cruise ship and container ship passengers suffering medical emergencies in need of evacuation. The crews also perform anti-terrorism missions, anti-trafficking missions, environmental enforcement operations and occasionally even fill in for traditional medevac crews. 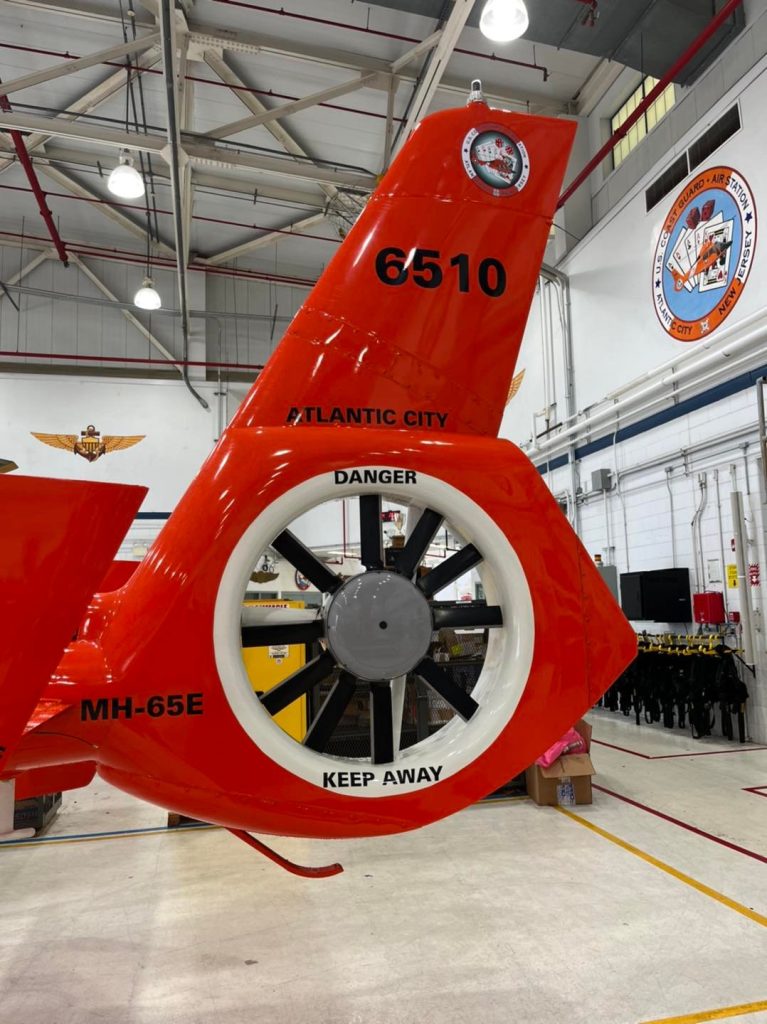 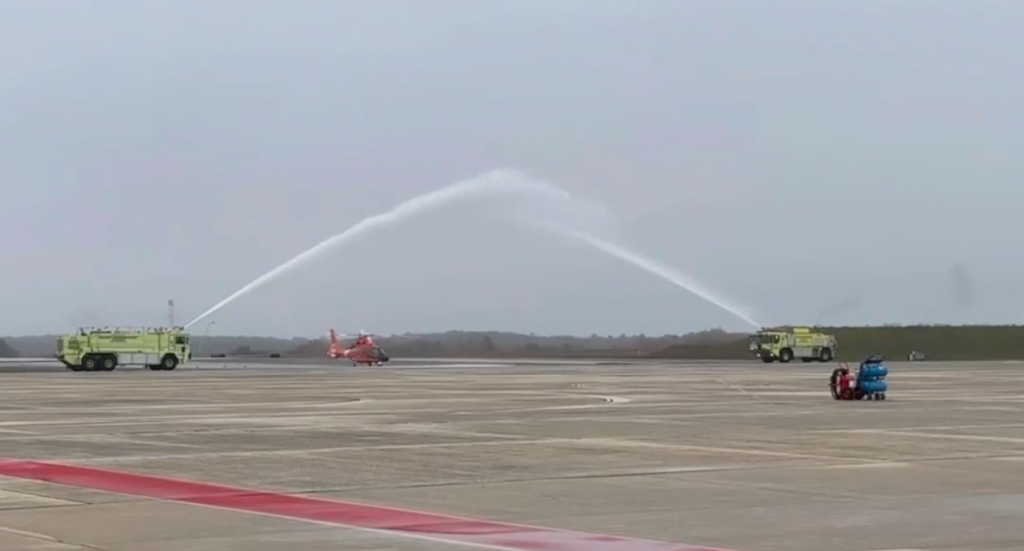 Atlantic City’s location also means crews have an extremely important secondary mission. The locally-based helicopters and aircrews provide continuous support for the North American Aerospace Defense Command’s (NORAD) airspace security mission in Washington, D.C., and throughout the country as necessary, including guarding the skies and coastlines of major cities like Philadelphia and New York. To this end, the Echo variant adds an important asset: advanced navigation capabilities that will allow pilots to safely maneuver through highly congested, complex air traffic that can be encountered in situations such as disaster response.

The Coast Guard plans to convert all 98 of its Dolphin helicopters to the MH-65E configuration by the end of 2024.