The National Weather Service has issued a wind advisory for the Shore area Friday night into Saturday morning, the agency announced, as the remnants of Hurricane Nicole move through the region.

There was some minor flooding reported, however all local roads were passable in the northern Ocean County area. Conditions were breezy, though the gustiest winds had not yet arrived by about 5 p.m. Friday. Rain was relatively steady, but often light, and there was some fog given the differential between the warm air and falling sea surface temperatures. 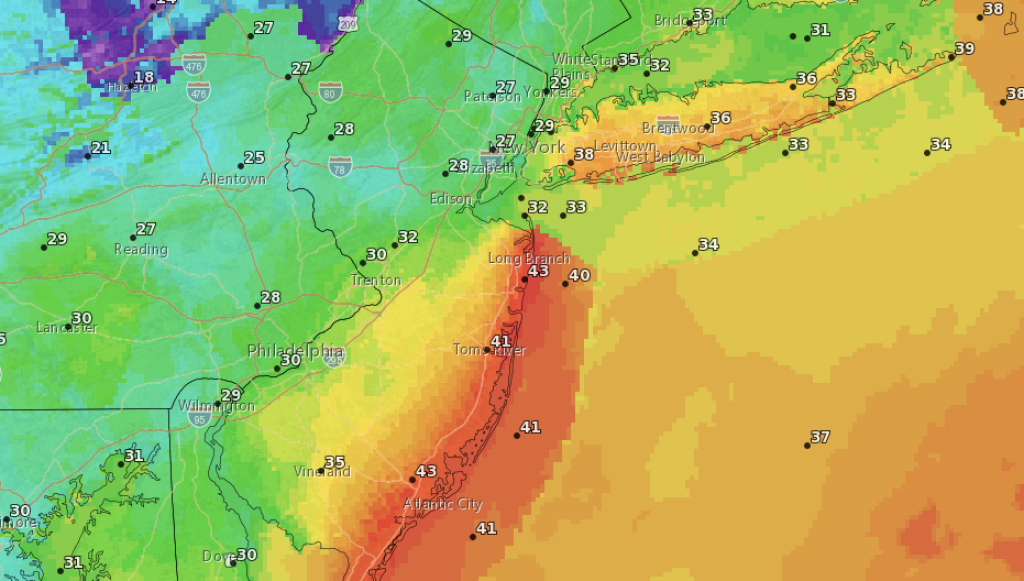 Rain and thunderstorms were forecast to continue before midnight, then rain and possibly a thunderstorm, mainly after midnight. Some of the storms could produce gusty winds.


The wind advisory was in effect from 11 p.m. Friday night to 9 a.m. Saturday morning, the NWS said.

Gusty winds could blow around unsecured objects, and tree limbs could be blown down and a few power outages may result, the advisory went on to say.

As I suspected, not much in the way of severe thunderstorms, but do look for surface winds to continue to increase with gusts over 20 mph through this evening due to the 850 MB LLJ. We should see a break around midnight and then a final wave with the cold front tomorrow morning. pic.twitter.com/M9WQHs953v

The NWS predicted a chance of rain before 7 a.m. Saturday, then a chance of showers before 9 a.m. It will be otherwise cloudy through mid-morning, then gradual clearing, with a high near 69 degrees. It will be breezy, with a west wind 20 to 25 m.p.h. decreasing to 10 to 15 m.p.h. in the afternoon. Winds could gust as high as 35 m.p.h. Chance of precipitation is 30 percent Saturday.

In all, less than an inch of rain was expected to fall by the time the system moves out Saturday.