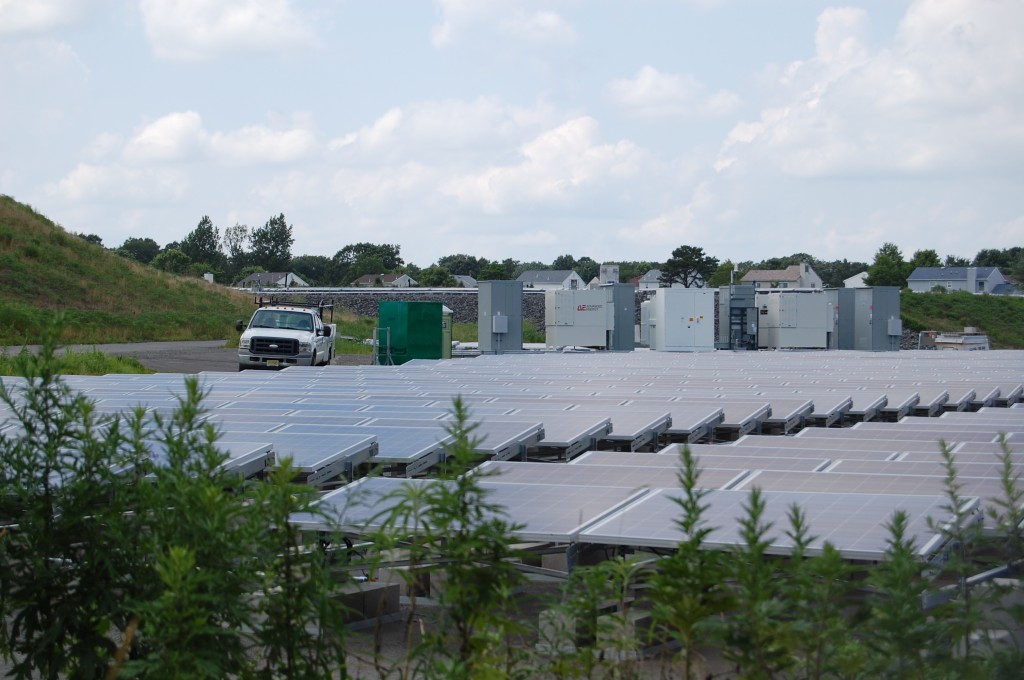 Brick officials are working on a revised version of the redeveloper’s agreement that will govern the township’s partnership with Standard Alternative, LLC, the company that has built and will run the solar array at the former French’s Landfill site.

The agreement will be the latest of a number of revisions that township councils made up of varying members have approved in the last several years. On Tuesday night, the council authorized the sale of $34 million in bonds for the project, which will be repaid by Standard Alternative.

The solar farm at the former Superfund site owned by the township is likely to begin generating power within weeks, officials have told Brick Shorebeat.


The extent to which the township will benefit financially will depend on the details of the redeveloper’s agreement. At first, the township was to primarily generate revenue as a landlord with the added benefit of being able to generate cheap power for municipal offices and infrastructure. That agreement was forged by a Republican-controlled township council.

In 2012, a mixed township council led by Democrats altered the agreement to make the township more of a partner with Standard Alternative with the opportunity to make more money, but with a slightly greater degree of risk. Under the revised plan – the one that still remains in place but is being revised again – Standard Alternative will be required to pay the township’s bonds back at a fixed interest rate of 4.5 percent. If interest rates on the bonds are lower than 4.5 percent, the township automatically benefits. The agreement also calls for Brick to keep 25 percent of the revenue of solar renewable energy credits, or SRECs, if their price jumps above $600, and receive money in an escrow account if the price jumps above $400. The current price of SRECs in New Jersey, according to SRECTrade Inc., is $160.

When the deal was signed, Mayor John Ducey, then a councilman, said the deal was a win for taxpayers as they could potentially share in solar energy revenue and lock Standard Alternative in to fixed payments.

Bergin said the revised agreement may be ready in time for the council’s next meeting, which will be held Sept. 9.

The solar farm is being built at the former French’s Landfill off Sally Ike Road. The landfill was purchased from a private company by the township in the 1970s and shut down by 1979. It was capped in 2012 under orders from the federal government.