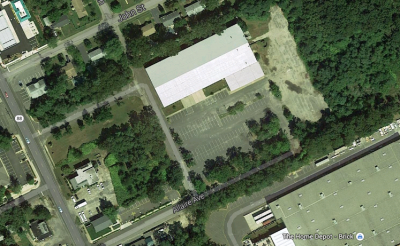 The former Branch Brook Pool Company building off Route 88 in Brick will be occupied by Meridian Fitness and Wellness and other tenants, according to plans submitted to the township.

Branch Brook announced it would close all of its stores, including its Brick location, in April 2013. Since its closure, the 38,664 square foot building has remained vacant. But earlier this summer, the Brick Township planning board approved a site plan that would pave the way for Meridian Fitness and Wellness to occupy the space under a lease agreement, as well as about 9,600 square feet worth of other retail tenants.

Under the proposed plan, which is still subject to final approvals, Meridian would occupy about 28,400 square feet of the former pool and seasonal warehouse for a wellness center. At the planning meeting, Mike Marinelli, an engineer hired by Meridian, said there would be no footprint changes involved with the project, and the wellness facility would be open to the public.


On its website, Meridian is advertising a new Fitness and Wellness Center in Brick to open in January 2015, which will feature onsite physical therapy, an aquatic center with a whirlpool and sauna, aqua aerobics and aquatic training, plus other features including “elegant locker rooms,” group exercise rooms, a dedicated functional training area, cycling facility and babysitting services.

A similar facility is currently run by Meridian in Jackson, the company’s representatives told the planning board.

“As a medically based facility, members also have access to the Meridian Health Medical Advisory Board of physicians,” Meridian’s website states.

A minor issue regarding the number of available parking spaces at the site would be remedied by the property owner before any businesses opened at the site, officials said.

The site was sold in November 2013 for $4.1 million, according to Lowe, Priestley and Janda Commercial Real Estate, the broker in charge of selling the property.