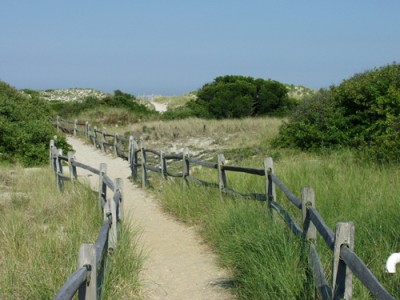 Lifeguards will be on duty at Island Beach State Park on weekends through September, the state Department of Environmental Protection announced Wednesday.The post-Labor Day guarded beach at the park’s Ocean Bathing Area 1, is a first for Island Beach State Park and is being put into place to offer a safer swimming experience for visitors who want to enjoy the full benefits of the beach after the peak summer season, officials said.

Lifeguards will be on duty every Friday, Saturday and Sunday during September.”We’ve had an amazing summer at Island Beach State Park,” park manager Ray Bukowski said in a statement.

“Our September operations will keep swimmers safe in the water, particularly at a time of year when rip currents can be strong, and extend our tourist season. We look forward to visitors extending their summer season with us.”


During the extended season, restrooms and showers at the bathing pavilion will be operating, and gourmet food trucks will featured on certain days. Also, after Labor Day, the cost to enter the park is reduced to $5 per car for New Jersey residents and $10 per car for out-of-state residents.

Officials did warn that, as during the summer months, unguarded beaches are off limits to swimmers.

The extended season is part of a 2011 initiative by the administration of Gov. Chris Christie to expand state park offerings, DEP Commissioner Bob Martin said. Island Beach State Park, he said, is one of the most visited destinations in the state park system.