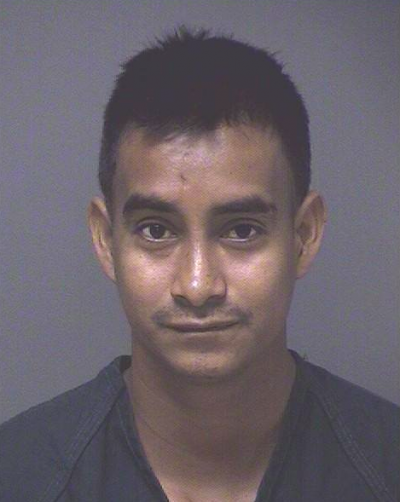 A Lakewood man has been charged with committing a sexual assault on a six-year-old child, authorities said Thursday.

Conrado Santos-Carmona, 27, was arrested Wednesday and was being held in the Ocean County Jail after the child disclosed to Lakewood police that Santos-Carmona, who she knew, allegedly sexually assaulted her, Prosecutor Joseph D. Coronato said in a joint statement with Lakewood Police Chief Robert C. Lawson.

Based on the victim’s statement to police, Lakewood detectives Nate Montgomery and Jason Pederson called the prosecutor’s office’s Special Victims Unit, whose detectives interviewed the victim and her mother “to get a clear picture of the allegations,” the statement said.


Following the victim’s interview, the investigating detectives made contact with Santos-Carmona, said Al Della Fave, spokesman for the prosecutor’s office, and requested he come to police headquarters in Lakewood, where he was ultimately arrested.

Santos-Carmona has now been formally charged with sexual assault and endangering the welfare of a child, Della Fave said. His bail was set by Superior Court Judge Rochelle Gizinski at $250,000 cash. Nicole’s Law and a no victim contact order were implemented.

Additionally, jail records show an Immigration and Customs Enforcement detainer has been filed against Santos-Carmona, who is a native of Mexico.