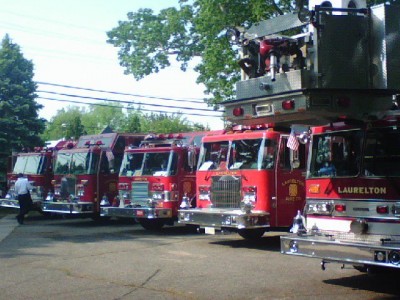 A house fire in Brick on Sunday afternoon resulted in a minor injury to a firefighter and heavy damage to a home on West Princeton Avenue.

The fire broke out shortly after 2 p.m. Sunday at the home at 1673 West Princeton Avenue, said Kevin Batzel, Fire Marshall.

“There was a heavy smoke condition at the house when the firefighters arrived, but the people were outside,” he said.


The Herbertsville and Laurelton fire companies responded. One firefighter suffered a minor injury after he tripped, Batlzel said. The firefighter was taken to Ocean Medical Center where he was treated and released a short time later.

The cause of the fire remains under investigation by Deputy Fire Marshall Paul Matula and the Brick Township Police Department, but it is not considered to be suspicious.