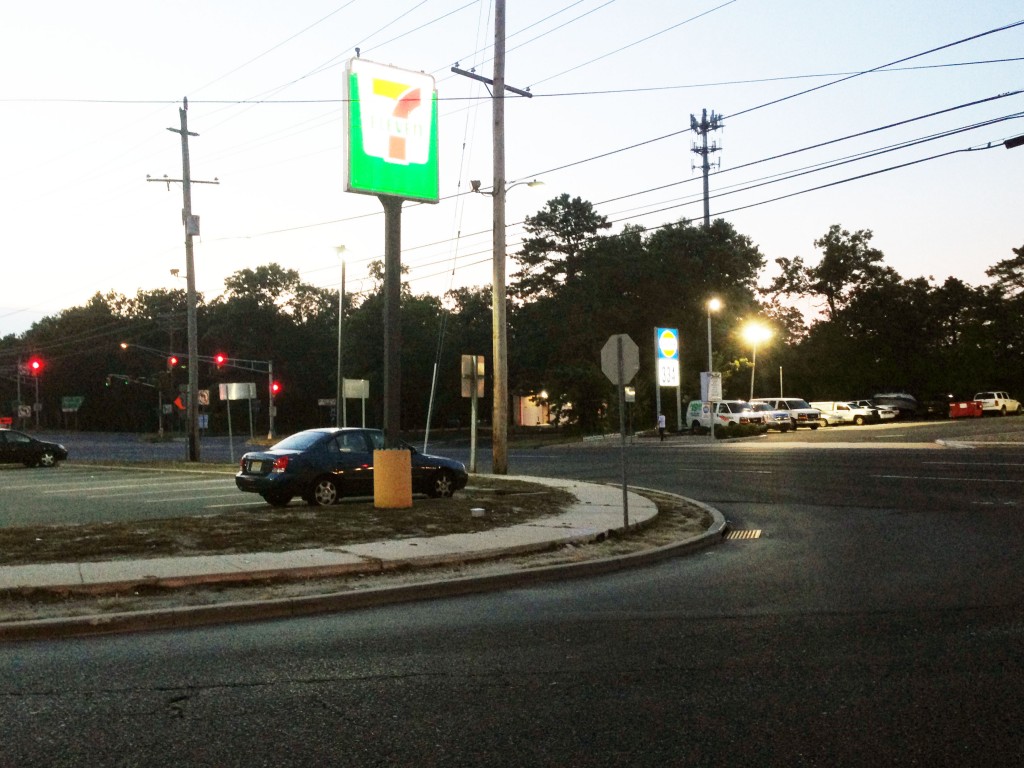 Burnt Tavern Road at Burrsville Road in Brick, where a project to expand interchange 91 of the Garden State Parkway is slated to begin Oct. 2014. (Photo: Daniel Nee)

Improvements to the exit 91 interchange of the Garden State Parkway in Brick will likely begin in October and last about two and a half years, county officials said this week.

The county will award a $21,319,770 contract on the project next week, Freeholder Director Joseph Vicari said at a meeting held Wednesday, and work could begin as soon as October on the extensive reconfiguration of the interchange in the northern portion of the township.

“It will make the access, ingress and egress from the Parkway to county roads, much simpler for all motorists,” said Ocean County Engineer Frank Scarantino. “No matter how you are approaching the Parkway, you’ll be able to enter or exit the Parkway as you choose.”

Southbound Parkway traffic will still be able to exit at the existing ramp linking Lanes Mill and the Parkway. Alternatively, motorists will be able to use the new ramp that will link with Lanes Mill at the signaled interchange.

The project is aimed at making the area significantly less congested and giving people safer and a greater number of options to exit and enter the Parkway from the interchange. The improvements, Freeholder Jack Kelly said, are designed to make traffic so efficient that motorists will only face one traffic light on their way onto or off of the Parkway and have to come to a stop for a maximum of only one light cycle.

Parkway interchange 90 on Chambers Bridge Road will remain in place, Freeholder James Lacey said. The interchange 91 project has a secondary goal of alleviating traffic there, he said.

The project will include the construction of seven new traffic lights and the installation of new stormwater management infrastructure. The state received nine bids for the project; the work will be completed by Green Construction Inc. of South River, Middlesex County, the lowest qualified bidder. The contract price is about 3.5 percent below initial engineering estimates.